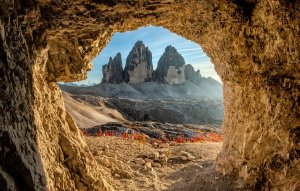 It’s Your Turn to Live, Love, and Create

The Tre Cime di Lavaredo peaks in the Dolomite mountains of Italy are picturesque, but they were used for strategy during World War I and even served as the border between Italy and Austria until 1919.

Made of dolomite limestone, they allowed for the perfect strategy when Austria attacked Italy in 1916. It was Italy’s turn to be victorious and the battle in the Dolomites was like nothing the world had ever seen—or has seen since.

In this moment in time and space, it’s your turn to walk the earth. Every thought and interaction and experience is a gift, not to be squandered but instead, to be appreciated and lived to the fullest.

At some point in our life experience, we are able to step away from the feelings and emotions of the day and view each moment for its relevance to the bigger picture of life and existence.

As a child, I felt like it would take forever for me to grow up. In my thinking, being a child was one stage of my life, and on some magical day I would be transformed into an adult. Instead of cherishing each age and each stage of my life, I was in a hurry to race to the finish line.

The finish line can be perceived as the day we die, but perhaps that is the first day of the next stage of our energy continuing on in the Universe.

I have a friend who raised ten children. One day we were discussing the upcoming high school graduation of her youngest, Jack, and I said something to the effect that now it was her turn to do some things she had put on the back burner since first becoming a mother over thirty years before.

She leaned in close and whispered that she and her husband had agreed long ago to never put themselves last. They wanted to teach their children that life was for living and that it’s always our turn to do the things that make our heart sing.

While I was a classroom teacher, I made the time and effort every day to help my students to achieve goals they had previously thought were unattainable, or sometimes had never even considered. One of these included swinging at and hitting a baseball.

There were a few boys and sometimes a girl or two who were anxious to take a swing. But the majority of my students were content with sitting on the sidelines and simply observing the game.

I learned to make this a requirement: In order to get a passing grade in Physical Education, they had to take three swings at the ball. I told them it was their turn and they could not say no. One after another, they approached home plate with all of the fears, self-doubt, and self-consciousness they had carried with them since they were old enough to remember.

One by one, they overcame all of the things that held them back, and they emerged victorious from this battle they were having with themselves. It was a beautiful thing to see and I know it made a difference in their lives long after they had left my classroom. 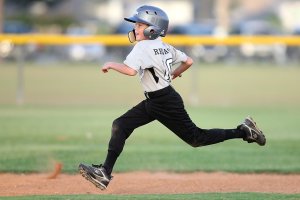 My writing has become the most important part of my life. As I complete a story and move on to the next project, I always seem to have the same thought: It is now the new story’s turn to take precedence and to unfold in a way that honors the people, places, and situations that are waiting to be shared with the world.

As I am writing this post, one that I began months ago and saved as a draft until I had a better idea of what I wanted to share, I know that today it’s my turn to tell a story that will make a difference in my life and in that of at least some of my readers.

What is it your turn to do right now? Perhaps it’s a trip or a connection or even a new automobile. Whatever is calling out to you, know that it’s your turn to put it at the forefront of your thoughts, beliefs, and actions.

I’m Connie Ragen Green, taking my turn and making the most of it, and encouraging others to believe it’s their turn as well.