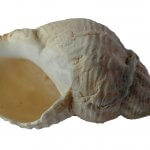 You would think that believing in yourself would come naturally, but that isn't the case for most of us. My lack of belief goes back to my childhood, while I was growing up in poverty. I didn't know that word - poverty - until President Lyndon Johnson made it the focus of his State of the Union address on January 8, 1964. He called it the "War on Poverty" and my fourth grade class had to write a one page essay about it. I learned that one out of five people didn't have enough money for the basic … END_OF_DOCUMENT_TOKEN_TO_BE_REPLACED 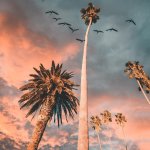 I grew up as the only child of a single mother during the often turbulent and always interesting 1960s. Early on I had dreams and goals as to what my future could look like. Big Dreams. Big Goals. My mother taught me that education and hard work was the path away from poverty to a better, easier life. She did her best to expose me to a variety of experiences that would broaden my horizons and reinforce her belief that no one should be defined by their circumstances. She also taught me that … END_OF_DOCUMENT_TOKEN_TO_BE_REPLACED 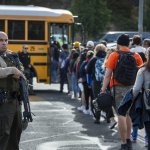 "We've got an active shooter at Saugus High School," said the dispatcher. And with that declaration Santa Clarita would never again be the same. The sleepy little town is known for the first successful oil strike in California in an area known as Mentryville; where silent movie actor William S. Hart filmed many of his movies and lived during the latter part of his life; and as a film industry mecca. We're in the TMZ "thirty mile zone" outside of Los Angeles and boast more than twenty sound … END_OF_DOCUMENT_TOKEN_TO_BE_REPLACED

I arrived in Las Vegas on a Thursday afternoon. It was November 5th, 2009 and for the first time in several years I had decided to fly in from Los Angeles instead of making the four and a half hour drive from my home in Santa Clarita. I wasn't nervous, at least not overly so until I'm riding in the limo sent by the car service from McCarran International Airport to the hotel. The purpose of this trip is to connect with about fifteen people I have been working closely with online, and another … END_OF_DOCUMENT_TOKEN_TO_BE_REPLACED 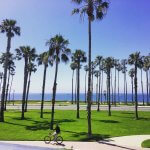 Storytelling is the oldest form of communication that holds as its intention the hope of passing down ideas and concepts to those who will come into the world after we are long gone. Before there were written symbols there were stories and I imagine what it was like for cavemen to sit around the camp fire sharing stories between themselves. These were stories of hope and despair, kindness and cruelty, and of feelings and emotions shared by humans throughout the world. The art of the story is a … END_OF_DOCUMENT_TOKEN_TO_BE_REPLACED

Maggie isn't my cat; I'm just taking care of her until she dies. For you to understand what I mean by this statement and to know why Maggie is such a special creature I must tell you another story. During the summer of 2009 I joined a Mastermind group led by Pat O'Bryan and frequented by Marlon Sanders, Joe Vitale, and others who were close friends with Pat. He had written a book two summers earlier, entitled Your Portable Empire: How to Make Money Anywhere While Doing What You Love. Today … END_OF_DOCUMENT_TOKEN_TO_BE_REPLACED 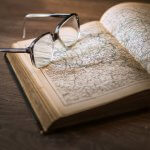 My first year as a classroom teacher was very different from what I had been expecting. The school that had hired me was in North Hollywood, its own city in the San Fernando Valley section of Los Angeles. And even though the school was surrounded by well kept homes on tree-lined streets few of the students at my new school lived in them. Instead, my kids lived in the apartments several blocks away on crowded, noisy streets that weren't always safe. It was also my introduction to teaching refugee … END_OF_DOCUMENT_TOKEN_TO_BE_REPLACED 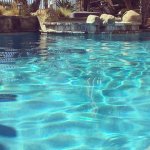 I have discovered that I do some of my best work while swimming in the pool. I think of this as the unbearable lightness of swimming against the almost imperceivable current. This got me to reminiscing about an experience that took place more than half a century ago... It was the summer of 1960 when I first learned to swim. We were at the Riviera Hotel in Palm Springs for a long weekend, my mother and the man she was dating, David. That pool looked like the entire Pacific Ocean to five year … END_OF_DOCUMENT_TOKEN_TO_BE_REPLACED

I have more clothes in my closet than I can count. And unlike Wanda Petronski, the protagonist in The Hundred Dresses my clothes are real ones accumulated over the past two decades. I can only imagine Wanda's classmate Peggy demanding that I describe each item I own. Some tell a story, like the denim jacket I bought when my Rotary Club spent a week in Bishop, California hiking and fishing and enjoying the outdoors alongside the Rotarians from that area. Others sit anonymously on felt lined … END_OF_DOCUMENT_TOKEN_TO_BE_REPLACED 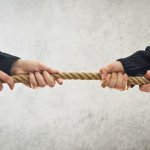 In August of 2019 I had been asked to be a panelist for an international summit on the topic of doing good in the world and making money. As one of eighty-eight experts and thought leaders from around the world I was thrilled and honored to be included. The hosts of this mega event were Sherry Watson and Tom Matzen, two people I had admired from afar for several years. This eight day virtual event was billed as the "Do Good and Make Money Super Summit 2019" and it was awesome. I was to be … END_OF_DOCUMENT_TOKEN_TO_BE_REPLACED