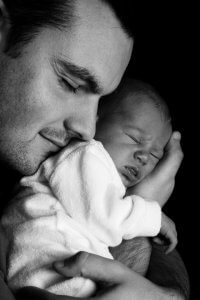 It was a Saturday morning in June and I was riding my bike down the sidewalk on Biscayne Boulevard. The humidity had already made me sweat so much it felt like I had just got out of a swimming pool. Summers in Miami are known for being hot and humid, with rain showers popping up with no notice. As the drops got bigger and more frequent I heard the gently honking from a vehicle on the street beside me. I pulled over and looked up right away.

“Beep beep.” It was Nick, an older friend whom I had known for a couple of years. He motioned for me to ride into the next parking lot and he pulled in right behind me.

I joined him by getting in on the passenger side, leaning my Schwinn Stingray down carefully on the asphalt. Nick rolled down the windows a couple of inches and I watched the rain come down as I listened to him sharing his exciting news.

“Jackie’s expecting a baby. Can you believe it, me a father? I’m going to take him to baseball games and teach him everything I know.”

“Boy or girl, either way I’m going to be a father. And Jackie will be the best mother any child could dream of. Look at the great job she’s already done.”

Jackie was recently divorced and the single mother of three school age children – Robert, Sandy, and Laura. All of them were blonde and blue-eyed just like her. She had gone through hell during her marriage and at one point had packed up the kids and gone to a nearby church for help. The people there fed them lunch and let them clean up before encouraging her to take the children and go back to her husband.

None of her friends ever asked her about it, but she would share details from time to time when she was with me or other women. Her husband had been a violent alcoholic who abused her and the kids. One day while he was passed out drunk they all walked away with only the clothes on their backs. During the year between that time and when she met Nick they were homeless and hungry. She had finally been given a job as a waitress and that’s when their lives began to turn around. Jackie said that he was the first man who had ever treated her well.

Nick was almost twice my age and had been my husband’s friend before he was mine. He had been born outside of Havana, in a little town called Santa Cruz del Norte. It’s on the north shore and at the mouth of the Santa Cruz River. He enjoyed telling us stories of his childhood and what it was like before Fidel Castro took over military control in 1959 and the country came under communist rule.

Nick had come to Miami as a five-year-old in 1962, along with tens of thousands of other Cubans seeking asylum in the United States. He had been sent to live with an elderly aunt who was not excited at the prospect of raising a child. One of the stories that stuck with me was how he was bit by a dog when he was about eight years old and had to endure a series of painful injections in his stomach to stave off serious illness or death. There were also stories about his time in the U.S. Marines, but most of those were not so meaningful to me as a young woman. Nick longed to return to Cuba one day and cited that as his reason for not marrying and starting a family, until now. He was ready.

During the next two months Nick and Jackie got married, bought a house, and prepared for the arrival of their new baby. My husband and I spent time with them regularly and delighted in every update about the pregnancy and plans for their future. Money was tight, the house was too small for a family of what would soon be six people, and none of this mattered because of the blessed arrival on the way and the happiness they were experiencing together.

The pregnancy progressed naturally and all of the friends were excited for them. There were whispers that Nick and Jackie had taken the recreational drug LSD (lysergic acid diethylamide) before she knew that she was pregnant. This was the 1970s, a time when “dropping acid” was a popular way to spend a weekend in some circles. I knew little about this world and was never part of any conversations around it or their possible experimentation.

Nicky was born two days before Christmas. They brought him home on Christmas Day and we were invited to a potluck dinner and to meet the baby. The three siblings were so proud of their black-haired, brown-eyed baby brother and took turns holding him until Jackie needed to feed or change him. He was a quiet baby and his head seemed way too large for his body, but I hadn’t yet had children of my own so I didn’t think anything of it at the time. Nick played the proud father in a way that made me see him in a whole new light. The carefree man I had known for a couple of years was now the serious family man and it suited him well.

Jackie’s pregnancy had been normal and there were no signs of problems with the delivery, so when we found out that Nicky had been admitted to the hospital before the new year we couldn’t believe this was happening. Within a few days it all became a blur to me, as I was working and going to college while also being a wife and stepmother. I lost track of the details until Jackie called me one evening to ask if her three children could stay with us for a few days. Jackie’s kids were around the same age as my stepson and stepdaughter and they liked to play together. Bob was standing right next to me and nodded his approval. A few days turned into two weeks and we were happy to be able to help.

Finally they were able to bring the baby home. I brought the kids back to them the following afternoon when school got out. She asked if I wanted to see Nicky and I nodded yes as she brought me into the small room off the kitchen where they had set up his crib. Tears rolled down my cheeks as she gently lifted him and placed him in her arms. There were tubes coming out of some part of his body and Jackie carefully untangled them. He was weak and frail and his eyes were glazed over. And he was completely silent, even though I knew he had to be in pain, or at least discomfort. This couldn’t be the same baby, I thought.

Nicky had been through a lot over the past couple of weeks. He had been poked and prodded and endured procedures for all kinds of things. Jackie described it all to me in great detail and as she shared this information I became aware that she was speaking in a monotone. The doctors had discovered that he had been born with a condition called hydrocephalus. This is the buildup of fluid in the cavities (ventricles) deep within the brain. The excess fluid increases the size of the ventricles and puts pressure on the brain. The doctors had surgically inserted a shunt into one of the ventricles to alleviate the pressure by draining some of the excess fluid. Nicky was not yet a month old and he was going through so much.

Over the next month Nick and Jackie were spending even more time at the hospital. Sometimes they would send the baby home and other times they admitted him for tests, procedures, and surgery. When you visited them the first thing you would do is ask to use the bathroom. This allowed you to go through the baby’s room on the way because you wanted to make sure he was there. I can remember walking softly by the crib one time and thinking that he was asleep, only to discover he was wide awake and not moving or blinking.

One of the surgeries damaged his optic nerve and left him blind. They also discovered that he had lost the instinct to suck and had to have a feeding tube inserted so he wouldn’t become dehydrated or malnourished. His condition worsened and finally he had to stay in the hospital indefinitely. In a way, this was better because the family and a few select friends could visit him there and know that we was getting the best possible medical care. It was heartbreaking to watch this unfold and I can remember praying that everything would improve, even a little bit.

I overheard Nick and Bob discussing this when I came home early one day. Bob asked him if Nicky was getting better and Nick answered, “He’s never going to get better.” I stayed outside for ten more minutes before letting them know I was there.

Jackie asked me to come over one day so we could talk. She was visibly upset and I listened as she shared her thoughts and feelings.

“It had to be the acid, Connie. You know my other kids. They’re all perfect, you know what I mean. Nicky wasn’t right from the beginning but Nick couldn’t see it. And when he did, he wouldn’t admit it. I did this to my baby.”

Her words hung in the air. I didn’t know what to say. She and Nick were growing further apart by the day. I thought back to that day when I was riding my bike and Nick was so excited to share his news. How could such a beautiful thing go so wrong? I wondered what would happen to them as a couple. And I couldn’t imagine how they could carry on afterwards, as if nothing was wrong and everything was fine. It wasn’t fine.

One day I heard that Nicky was coming home. None of the friends or extended family members were invited over on that day. I think they just wanted that time together as a family to say their goodbyes and remember him as only parents and siblings can do. He passed away the following day. It was in June, just after he had turned six months old. The day was hot and humid, similar to the one a year earlier when Nick first told me he was going to be a father. I don’t remember crying but I’m sure I did. I think I was in shock more than anything. It wasn’t fair that an infant could suffer so much during his short life and that my friends would lose the chance to raise this child. Baby Nicky would never sit in the swing his father had set up for him in the backyard of his new home. He had come home one last time before leaving the earth for good. 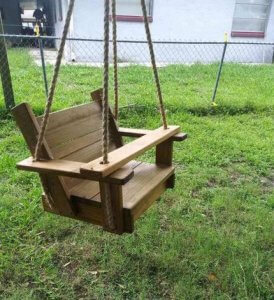 I’m Connie Ragen Green, contemplating birth and death and the brief intermission we call life. There are no words of inspiration I can share with you here, other than to live each day as though it is your last and to make sure the living creatures around you know that you care.