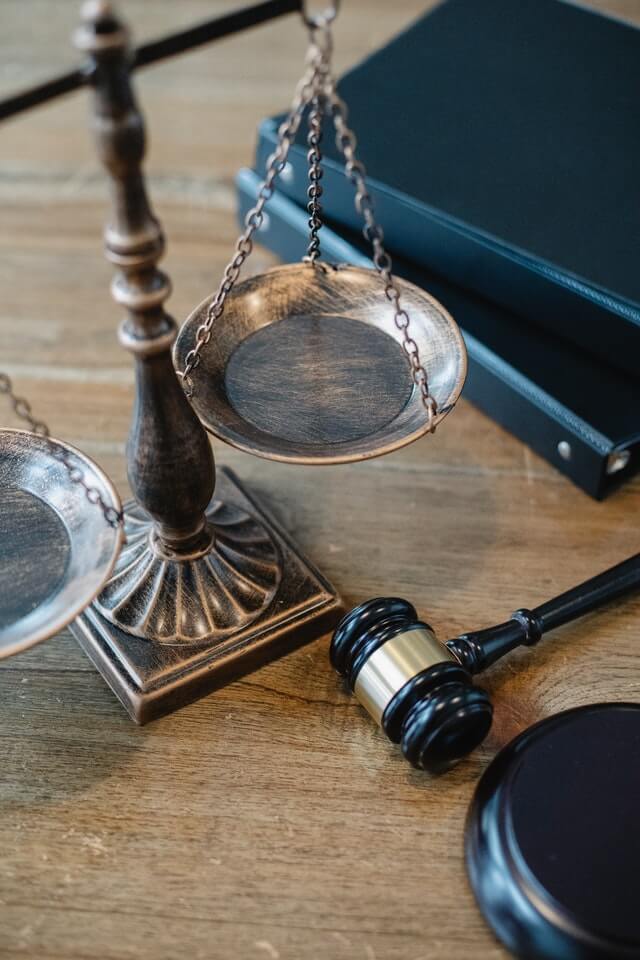 There wasn’t a sound to be heard as the attorney asked me the question for the second time. I sat still and upright in my chair before answering her.

“I’m going to invoke my Fifth Amendment privilege.” I looked down at my hands in my lap and waited for someone else to speak.

The silence continued until a child in the back of the courtroom went into a coughing fit. When he did catch his breath it scared him and the wailing began. The woman holding him climbed over several people and exited into the hallway.

I appreciated the distraction and took a moment to gather my thoughts. Shifting slightly in the sturdy wooden chair, I could hear it creaking beneath me.

The attorney stepped back and it was like a movie in slow motion, going in reverse. The judge held up her gavel but did not use it. She motioned for me to stand up as she said,

“The witness may step down. Be seated in the gallery until your name is called.”

The witness. It still sounded funny to be called that, even though I had been testifying as an expert witness in trails related to real estate for almost a decade.

In this case, the appraiser had been at the home just before noon on a Friday several months earlier. He had completed the appraisal and the lender had funded the loan. The owners were doing what was called a “cash out refi” to take advantage of an increase in equity and a lower interest rate than they had had originally on this home. Some considered these refinances to be akin to using your home as an ATM machine. Others saw this as the opportunity to pay off bills, take a trip, and enjoy life a bit more.

At some point during the following week, the review appraiser had been sent out to inspect the property from the outside, take some photos, and write up his opinion for the lender. This was standard practice during the 1990s and usually the owners weren’t even aware that someone had been parked on their street. I’d done at least a thousand reviews over the past decade and actually preferred these assignments over full appraisals.

The reviewer had done his job. He’d done the research, driven to the property, taken photos from all angles, and driven back to his office to write up the report and fax it over to the lender. There was only one problem; at some point in time the back of the home had fallen off and landed in a pile of rubble in the backyard. Just like that, almost two thousand square feet was missing and the home had natural air conditioning.

No one said a word. The deal closed and the check for almost fifty thousand dollars was issued. The owners, a married couple in their early 20s, signed the check in person at the bank, waited three business days for it to clear the hold, and then made their move. That is, they split the proceeds of the refinance 50-50 and each took their share of the cash in 20s and 50s. Then they left town, separately and hadn’t been seen since. There was a child, a boy not quite a year old and it was not clear which parent had physical custody of him. No foul play was suspected but had it been ruled out. 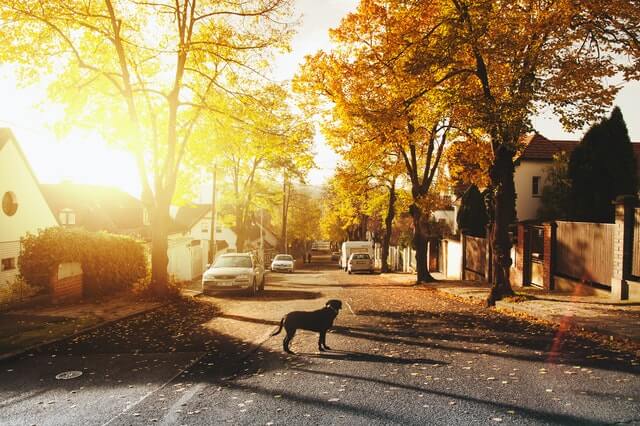 It was one of the neighbors behind them that had finally called the police to report what they could see. The fire department showed up within four minutes and did a thorough inspection. To the untrained eye it appeared as though the back third of the home had simply snapped off and fallen backwards into the dirt. To the trained eyes of real estate professionals and the police department there was much more to the story.

It made the five o’clock news, with a shortened version at 11 and two paragraphs in the Los Angeles times the following day. Neighbors had no real comments but there was lots of speculation, especially after it was disclosed the couple had just taken so much cash out and had now disappeared.

Detectives assigned to the case interviewed a few people who knew them, as well as their family members, or at least those who were willing to talk to the authorities about what may have happened.

At the time I didn’t realize it was the house where I had been earlier that day. They mentioned the part of Los Angeles where it was located, called Woodland Hills, but that area is quite large. It was only when someone called me from the bank a few days later, as a part of their ongoing investigation that I recognized the name of the street and the borrowers last name. 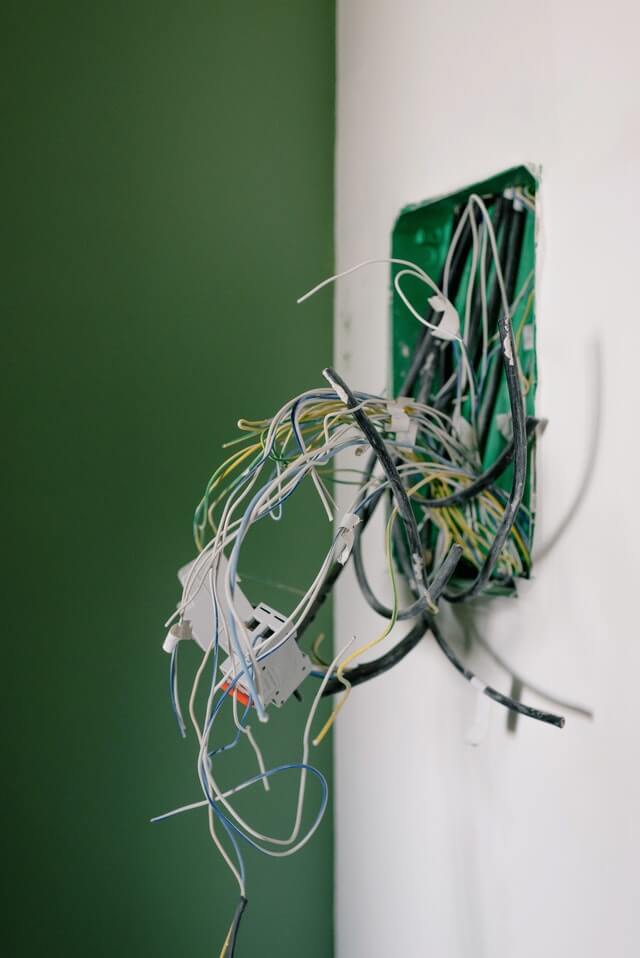 The underwriter began quizzing me about what I say that day, to the point that I joked with her that perhaps I should get an attorney. She didn’t laugh, we soon ended the call, and I called an attorney I knew to ask his advice. After listening to everything I had to say, he agreed to represent me, but recommended that I simply tell the truth in great detail. His conclusion was that I had done nothing wrong and my story was simply part of the story that needed to be told to get to the bottom of what had occurred on that day.

For some reason I suspected there had been a small electrical fire that had set off the chain of events leading to the house literally coming apart at its seams. For the life of me I couldn’t figure out what my thinking process had been leading up to my suspicion. When I was subpoenaed by the County of Los Angeles, it was the first question on their list for me to discuss with them. They quizzed me mercilessly, as though I had been the willing accomplice to a crime. Why did I think there had been a fire? Did I know the family before I reviewed the appraisal? Was anyone acting suspicious while I was parked on the street? They finally stopped and that gave me some time to think.

“There was an electrical box on the side of the house, visible from where I was sitting in my car with wires hanging out of it. I didn’t think anything of it, really, and certainly not enough to mention it in my review for the lender.”

They sent me on my way. One of the detectives half-joked that I shouldn’t leave the county but I ignored his words and left them hanging in the air. As I drove home I thought of a few witty comebacks and was glad I hadn’t said anything more.

A friend from the appraisal office called me a few months later to ask me if I’d seen the Los Angeles Times that day. I hadn’t. The story was on the front page and there was a photo of the couple and their young son. They were originally from upstate New York and had come to California right before the baby was to be born. They allegedly had taken jobs as a cover for the truth; they had robbed two banks in two days and absconded with more than twenty thousand dollars before heading to southern California. At one of the banks the woman had dropped an empty juice box on the way out and it had been turned over to the police as a part of the investigation.

When they signed the papers for the refinance, the notary required a thumb print and that’s where the match was finally made and their true identities revealed. There was much more to the story that I didn’t bother to read on that day. When I drove by the property later that afternoon I saw that work was almost completed on the damage that had occurred. The neighbor on one side tipped his hat to me as though he recognized me, but I didn’t think that was possible. That day was the first day I ever had the thought to get out of real estate and become a teacher. Little did I know that would lead me to entrepreneurship and so much more. There were lots of stories to be lived, and shared and now I was ready to do both.

“What is remembered, lives.” ~ Fern in Nomadland

I’m Connie Ragen Green, remembering my life one story at a time as a way to keep the memories alive long after I’m gone. Come along with me, if you will, and let’s explore all life has to offer to those who are excitedly anxious and willing to participate.