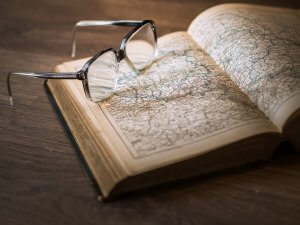 My first year as a classroom teacher was very different from what I had been expecting. The school that had hired me was in North Hollywood, its own city in the San Fernando Valley section of Los Angeles. And even though the school was surrounded by well kept homes on tree-lined streets few of the students at my new school lived in them. Instead, my kids lived in the apartments several blocks away on crowded, noisy streets that weren’t always safe. It was also my introduction to teaching refugee children in the classroom.

Not quite bilingual and armed with a Spanish-English dictionary I welcomed my new students into the fifth and sixth grade combination I was assigned to in the summer of 1986. Much to my surprise and dismay it turned out only five of my thirty-eight students were Spanish speaking, and one of them had set a goal of only speaking English at school. The remaining thirty five kids spoke some dialect of Romanian, Lithuanian, Ukrainian, Latvian, Russian, Polish, Armenian, or Farsi, and two spoke Hebrew and English but were not allowed to speak English at home. I placed my Spanish-English dictionary on the bookshelf behind my desk and there it sat for the entire school year. With not one native English speaker on my roster I knew I had my work cut out for me that first school year.

Anca Nedelescu arrived at my door at the end of the first week, after my other girls had already formed pairs or triads for close friendships. This kept her on the periphery of what was going on socially at school and this, paired with her quiet, shy demeanor and natural introvert personality set the tone for those months leading up to Christmas in 1986. One of the many labeled as refugee children in the classroom, she had  just come to the United States from Romania. She was so quiet and unassuming at first and did not seem to be picking up any English from my lessons or from the other children. I sensed she had too much on her mind to make this a priority.

Those first few weeks were excruciatingly painful for everyone as we settled in together. My initial goal was to stop thinking of my students as simply refugee children in the classroom and to instead think of them as unique human beings who deserved to have a memorable experience this school year and beyond. Even though I had no previous experience as a teacher, once I committed to teaching at the human level everything began to fall into place for all of us.

Anca’s sad brown eyes were similar to what I saw with almost everyone in my class. I can remember one morning in mid September when the crispness of fall on the horizon was in the air. In those days teachers had the freedom to interject some of their own ideas and personality into their lessons. I had prepared a one hour presentation on the seasons of the year and how the cycles of the moon were involved. My lesson touched upon language arts, math, and science. This would allow me to use storytelling, a most effective strategy in the teaching process as I taught them the facts and the theories involved.

As I began the lesson I looked out into the sea of faces seated before me. They were all sitting up straight and awaiting my instruction but it was not natural in any way. Almost everyone, and all of my refugee children were looking back at me with what I came to think of as “dead eyes” and it was almost more than I could bear at first. What had these children experienced as they were forced to leave everything behind and seek asylum in the United States? The topic was taboo on school property and we had been warned by the administration not to ask any questions. School was to be a safe haven where the past could be forgotten, or at least compartmentalized while the children were with us each day.

One day Anca’s father stood just outside the classroom door as the children were getting ready to be dismissed. Anca’s face was his face and there was so mistaking who he was. And as the bell rang loudly all over the school I looked into his eyes to see if they too were the “dead eyes” I had become accustomed to looking into each day. They were.

Petru Nedelescu was a large man whose English was much better than I had expected. He explained that he understood the importance of speaking the language if he was going to be successful in providing for his family in America. He leaned in closer when he added that his dreams were still in Romanian. He proudly stated that Anca was doing well with her English and that was the first time she looked up at me during this conversation. I spoke to him but looked at her and said that I would like for her to speak to me in English so I could get to know her better while she was in my class.

Then she took her father’s hand and looked down at his shoes while he shared some of their story with me. The government had been overthrown and a dictator took over. The people respected him at first because he had a strong personality and was making changes other leaders had not had the strength or courage to take on. But within half a year it became obvious this man was self serving and did not have the Romanian people’s best interest at heart. The economy bottomed out and many people lost their jobs, leading to them having little food or a place to live. The dictator had sabotaged relations with the neighboring countries of Hungary and the Ukraine and everything was falling apart. Mr. Nedelescu and his wife made the decision to take Anca and her younger sister to the next town over from theirs and that is when they were given the opportunity to leave everything behind and seek refuge in the United States.

On that day no more was said. It felt like Anca’s father wanted me to ask more questions but I decided to leave that for another time, perhaps when I would visit the family at home. Throughout the school year I made it a point to visit everyone at least once and that was a commitment I kept during all twenty years I worked as a classroom teacher. This included students I had over the years who lived in South Central Los Angeles and were part of a volunteer busing program to desegregate the schools.

I was so naive back then and history had been my weakest subject throughout my school years. Now I was living it through the stories of my young charges. We never discussed directly why they happened to be living in the United States, a country none of them could have picked out on a map or a globe just months earlier just as I couldn’t have quickly located theirs. I began reading about the politics of what was happening during this period of history so I could better relate to and understand the children with more empathy. It was up to me to bring them into the fold with comfort, acceptance, and love so their eyes could again regain the sparkle I knew had once been there.

One afternoon after lunch there was a scuffle at one of the tables. It took me nearly an hour to understand what had occurred to bring this about. Without knowing, I had seated children at the same table whose home countries were at war against one another. Gregor, the biggest boy in size and ego had gone after another boy because something I could not understand or translate had been said about the country he would forever call home. Gregor was from Soviet Georgia and Harutyun hailed from Armenia.

Two countries out of almost a dozen represented in my classroom and ones they would not likely see again during their lifetimes, at least not in a recognizable way. The Soviet Union was formally dissolved in 1991 and millions of people continued to be displaced. This created one of the largest and most complex migrations ever faced by international agencies. What we were experiencing at my school in terms of refugee children in the classroom was the beginning of something much bigger and more complicated that would continue to grow.

The United States Refugee Act of 1980 (Public Law 96-212) was an amendment to the earlier Immigration and Nationality Act and the Migration and Refugee Assistance Act, and was created to provide a permanent and systematic procedure for the admission to the United States of refugees of special humanitarian concern to the U.S., and to provide comprehensive and uniform provisions for the effective resettlement and absorption of those refugees who are admitted. The act was completed on March 3, 1980, was signed by President Jimmy Carter on March 17, 1980 and became effective on April 1, 1980. Refugee children in the classroom was a direct result of this Act.

Those first few months as a classroom teacher taught me many things about life in general and myself more specifically. I found joy and satisfaction in getting to know each of my students at school and then interacting with them and their families away from the formal school setting. They were each distinct individuals and I ceased thinking of them as refugee children in the classroom. We learned and played together, whether it was softball or earth science or going through the cafeteria line. I tasted homemade food from a dozen countries, learned a little of each of their home languages, and was welcomed like royalty into each of their humble homes where I bounced babies on my knee and shared gifts of paperback books from Scholastic, the teachers book club.

By Christmas of that year most everyone who had not been before was at least partially fluent in English, including Anca. She had become quite the chatterbox and you couldn’t keep her from sharing every detail of her day with you. And when she did, her eyes sparkled in a way that brought tears of joy to mine.

I’m Connie Ragen Green, former classroom teacher and lifelong teacher to all, traveling the journey of life and enjoying it to the fullest while attempting to bring a sparkle to the eyes of everyone I encounter. Connect with me for help with authorship and online entrepreneurship.