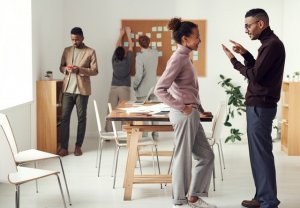 Loquaciousness is not all it’s cracked up to be. Yes, we love children who are naturally verbal because we know this is indicative of higher intelligence (intellectual, social, and emotional) and may give them a distinct advantage as they grow older. But more important, in my opinion is the ability to increase your listening skills as a way to improve your mind and increase your personal development. I refer to this as the “talk less, listen more, change the world” phenomenon.

On a personal level, I have found that I am more talkative around people I know and like, and in situations where I have something to add to the conversation and discussion. I’m an introvert and have little to say when I am first introduced to strangers or am in a group where I have little knowledge or experience around the topic being discussed. If I am asked a question I will answer, but I typically preface my comments by saying that I am only expressing my opinion and it is not based on fact.

So, how can you learn more about this strategy of “talk less, listen more, change the world”? Practice. Every day I look for ways to learn more from others so that I may internalize the arguments presented and take the time to formulate my own ideas and opinions. Once I started my online business and became an author my goal was to share my findings with the people I mentor and work with to help all of us to change the world, one word and one action at a time.

During a five year period beginning in 2014 I traveled to New York City at least twice a year to work in person with a corporate client. Each time I was able to get tickets to a Broadway show (seeing the original cast in Hamilton definitely ranks at or near the top of my list), dine at my favorite eateries (the Mile End Delicatessen in Brooklyn is a favorite of mine), and discover some new ones. Just spending time walking the streets of the city that never sleeps is priceless to me. Many years ago I lived in New York and New Jersey for a year and a half and visiting there allows me to relive my past while simultaneously embracing the future. 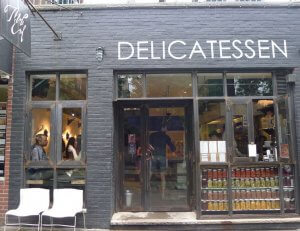 These trips were also an excellent opportunity for me to get to know some of my online friends, clients, and colleagues who lived in the City, New Jersey, or even in New England more personally. I would invite myself to stay over one night at their home, giving us the afternoon and evening before as well as the following day until I would make my way back into New York City to do my final work for the client. Throughout these years only two people turned me down, each for different reasons and neither of which I thought was valid. Each person I reached out to knew I could help them immeasurably by spending this time with them in person, but some people are not open to that possibility so I simply had to let it go.

It was while I was staying with a client at her home in Connecticut that I came to the conclusion that silence is indeed golden. Her husband had returned home after a long day at his office in Litchfield. With him were their ‘tween twin sons. Introductions were made and we all sat down in the living room before dinner. One of them asked me what I thought about something and I launched into my spiel on how entrepreneurship was the answer to almost everything. Then I stopped mid sentence and took a breath.

I was standing up while all of them were still seated and I didn’t even remember getting out of my chair. I looked down at each of their faces and realized I was behaving as though I were speaking at a marketing or other type of event. They were listening, attentively and politely but their expressions told me exactly what I needed to know: I needed to stop talking and start listening.

Once I began following this newfound insight a whole new world opened up for me. I learned things about each person in front of me I would not have known otherwise. They shared snippets of stories that were meaningful to them and I encouraged them to elaborate and continue. Everyone also relaxed more around me during our time together. I’m an introvert and find it slightly uncomfortable and awkward to be around people for too long a time. But if I am meeting them for the very first time it is even more difficult for me. Perhaps I was engaging in “nervous chatter” for many years in order to relax a bit myself. I now have the confidence to be myself and allow interactions to unfold naturally.

What Happens When You Talk Less and Listen More?

Recently I read an article in the Harvard Business Review by thought leader and entrepreneur Nilofer Merchant. In her article To Change Someone’s Mind, Stop Talking and Listen she states that…

Most of us listen to the degree we can understand points of agreement or disagreement, or to prepare what to say in response, rather than to learn. But when we do that, we’re not so much hearing other people as we are waiting for our turn to speak.

To listen is to pay attention to. Listening means stepping outside one’s own interests, to actually want to know more, and to care what others’ interests are. To not just hear words, but to pay attention to the underlying needs and frames of reference.

Therefore, listening is a true act of selflessness and makes a difference in both people’s lives. I am totally serious in my beliefs about being able to change the world when you talk less and listen more. Most of us already know what we are going to say while the other person is talking and we’re just waiting for them to take a breath so we can jump in. That is the opposite of being a good listener. Instead, allow them to completely finish before formulating and voicing your response.

Another thing that occurred once I decided to stop talking and start listening was that I made space to dig deeper with the client or colleague I was there to spend time with during that trip. The silence was golden in that each of us could finally hear ourselves think long enough to formulate our thoughts and ideas and share with the other. 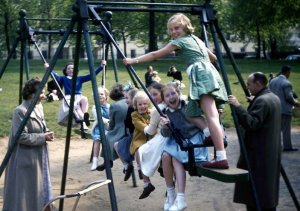 Now I approach masterminding and mentoring in a new way. It’s like I have reinvented myself when it comes to spending time with people with whom I have so much in common when it comes to having the goal of success as an entrepreneur and author, time freedom, and financial freedom to live the life you choose each day.

When you stop talking and start listening the magic of a full and prosperous life opens itself up to you, beckoning you to move closer to what you do want and further away from that you do not want. So I am a former “Chatty Cathy” and am in the process of perfecting my nods and facial expressions while I am listening intently to others.

I have extended family in Finland and Sweden and have spent four to six a weeks almost every year visiting the people I care about deeply. It is a part of their culture to allow the other person the time and opportunity to speak their mind and be heard before responding in any way. This is in stark contrast to what I am used to in the States and in many other countries I visit. People will typically cut you off or at least already know what they are going to say in response long before the other person has finished.

How to Begin With This “Stop Talking and Start Listening” Strategy

Recently I had lunch with a close friend whom I’ve known for many years. She had invited me to have lunch and then play nine holes of golf with her, even though she knows I am not a golfer. Karen is an extrovert and can talk me under the table any day of the week. On that day I decided to practice my new strategy and see how it would play out. I drove the cart to our starting spot and the game began.

Fifteen minutes into the game Karen asked me to stop the golf cart for a minute. I stopped, but she asked me to turn it off. I thought maybe she needed to go back to the Clubhouse or had forgotten to call someone important. She smiled at me and said,

“Alright, what’s going on? You haven’t said ten words and I feel like I’m talking to myself.”

I told her about my new “talk less, listen more, change the world” strategy and how I was testing it out. Then I asked Karen what she thought about this. Her reply told me everything I needed to know. She said at first she was puzzled and thought something was wrong. But once she knew otherwise she liked the idea of having someone listen to her. She shared that she couldn’t remember the last time anyone listened to her and just let her talk about anything she wanted to share. Then she thanked me and gave me a hug. I didn’t say a word – I was too busy listening and enjoying the moment.

I’m Connie Ragen Green, listening with both ears and taking in every word. Come along with me on a journey of exploration and self-discovery as  we uncover the world of entrepreneurship in a way that will make sense for you.