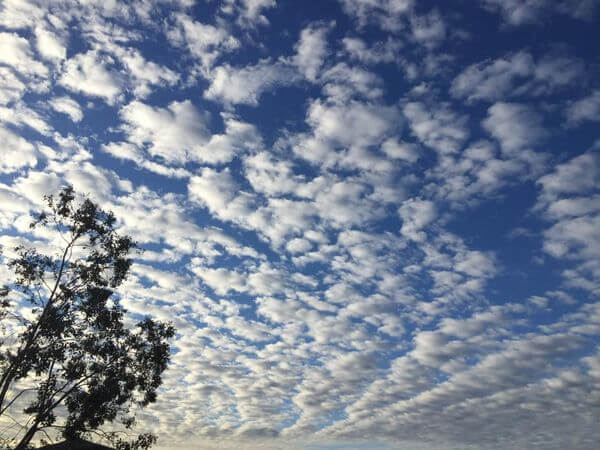 “Everything we choose to do during our lifetimes and everything that comes into our realm of consciousness is preparing us for something we will be called to do in the future.” ~ Connie Ragen Green

I have long known that nothing is an accident or a coincidence or just plain luck. I came to this conclusion after too many things in my life came about after I planted the seeds in my mind and focused on them. I’ll share some examples here with you, but first I want to give this subject the time it deserves as a way to lay the foundation of this much bigger concept.

It was just my mother and I while I was growing up. There were a few other players, but none of them were committed to helping us live even a half full life. They came and went and disappeared just at the moment when we most needed something. Something like food, or clothing, or a place to live, or simply a break from being “as poor as Job’s turkey,” a reference used by my mother. It came from the Book of Job in the Old Testament and had been a part of her Methodist upbringing in Missouri during the 1920s.

Being poor is embarrassing for a child. We were surrounded by working class and middle class families who didn’t understand why we chose to not have a car, or fashionable clothes, or even a telephone. It never crossed their mind that it wasn’t our choice.

I was still in elementary school when I made the subconscious decision to never again blame my mother for our lack of material possessions. This was an enlightened choice on my part, but it was more of a way for me to begin to make sense of the world around me and lift myself up and out of my circumstances, one moment at a time. With the key players out of the picture, I drew upon the kindness and generosity of complete strangers to come to my conclusions.

We moved to a new city in a state on the other side of the country right before I turned twelve. This gave me the chance to reinvent myself. It was near the end of 6th grade and everyone was already coupled up as friends, study partners, and sleepover buddies. But I was funny. I used my sense of humor to stand out from the crowd. Overnight I became the new “it” girl and invitations came out of the woodwork. I was popular, or at least more in demand than I had ever been. Was it truly this simple?

School ended, coinciding with my mother losing her part-time job. Then we were evicted from our studio apartment a few weeks later. She found more work, this time doing some ironing for an older woman who was disabled. She paid five cents an item and it was the first time I could remember seeing my mother with an iron in her hand. Her choice for our clothes was the “drip dry” variety. She had grown up with cotton clothing that had to be ironed or it looked like you slept in it. Polyester was just coming of age and promised to be fast and easy to care for, without ever needing to be ironed. I learned very quickly that if you spilled anything on it the item was ruined because the stain would set immediately. They left that part out of the commercials and magazine ads, I noticed.

After reading my latest library book on the steps of this large, old house, I would play alone outside while my mother ironed. Afterward we would walk to the grocery store and get some food and other necessities. One day I followed the lady’s cat up a tree and fell. When I got up off the ground I couldn’t remember having climbed the tree in the first place. But the cat was waiting for me and then I remembered what had happened. 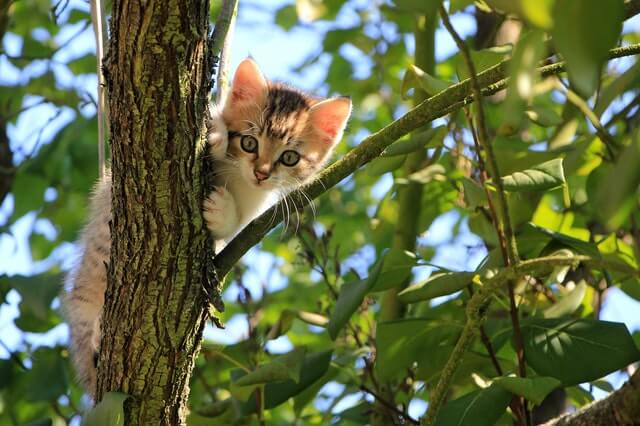 The next day we had a new place to live. It was a room in a boarding house that was run by a man from Canada who only spoke French. My mother agreed to wash the dishes after breakfast and dinner and do some light housekeeping in return for our room and a shared bathroom. It was also close to the “big” school. One day my mother reminded my that I’d be going to junior high in the fall. We walked past the school and it was so big it hurt my neck to look up so high. Three stories tall and covered with reddish brown bricks and pale yellow stucco. She suggested I sign up for typing so I could meet some kids and get to know my way around the campus. That afternoon she watched as I climbed up the side of the building and it was the first time I was aware of that she hadn’t seemed afraid. As I carefully placed my feet in the openings and climbed a little higher, I shouted down at her that I wanted to take the typing class. She smiled widely and that made me feel warm inside.

The typing class met every morning from ten until 11:45 and would lead to my becoming a published author, but not for forty years. It took some time for me to understand more about how life works. I did not learn to type that month. It was confusing and my fingers didn’t seem to work the way the teacher taught us. It wasn’t for a grade and I did make some friends. Sometimes I freeze this moment in my mind to remind me it’s more important how something feels than if you got a passing grade or something more specific. We lose touch with that part of us at a very young age, and most people never get it back. We are powerful humans who are sometimes weak when it comes to creating a life with purpose and meaning. We need lots of reminders on how to reach our full potential in our lifetimes.

While I was busy as a new 7th grader in junior high that fall, I also began to earn money. I had learned a secret of the Universe, and that is to find a need and fill it. The man next door needed the barnacle scraped off his boat and paid me five dollars an hour to help. We met a lady while walking home after school and she asked me to babysit for her two pre-schoolers on Saturday afternoons so she could visit her mother. Filling the needs also filled my piggy bank and I was excited at the possibilities.

While the boarding house was comfortable and safe and filled with half a dozen, mostly interesting people at any given time, it wasn’t our home. I longed to live in a “real” house with a yard and a climbing tree and a dog. I wanted it to be just me, my mom, and a yet to be determined and adopted dog. Drawing was not a skill I embraced, but I found myself called to asking my artistic mother to borrow her colored pencils and sketch pad. Over and over again I made crude drawings of a large white house with a huge front porch and dark green shutters. Each attempt brought out new details and I was quite proud of my results. Then one day I put the drawings in my dresser drawer and didn’t give them another thought.

Soon after, my mother met me after school one Friday in October with a twinkle in her eye. She had a surprise for me and wouldn’t give me any hints. We walked slowly down the main street leading away from the school and turned in one block before our street. At the end of the block was a house that appeared to have been abandoned. The grass was thigh high, and as we walked up the path leading to the front door we could see peeling paint on the wood and stucco and torn screens on the windows. 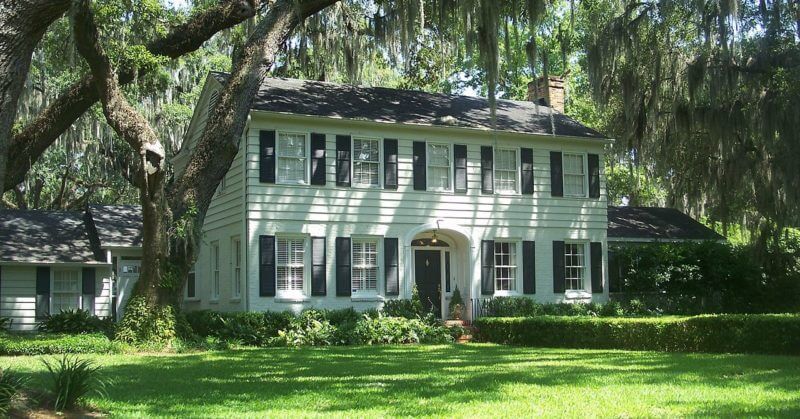 She explained to me that a lady at the grocery store had told her about it and thought we might be good caretakers of the property until the owners decided what to eventually do with it. It was in disrepair throughout and it was our new home!

My relationship with my mother, my friends, and myself changed that day. I was no longer the same person I had been and thought I always would be. Instead of worrying about what was right in front of me as my reality, I immersed myself in what could be in the near future. This house was much more than a physical entity or material possession; it represented a manifestation of my hopes and dreams. It was not exactly as I had drawn it a few months before, but close enough and certainly magical enough for me to make the connection.

There was a huge yard, front and back, and not one but many climbing trees where I would go on to do some of my most important thinking during the three years we lived there. And our new dog loved it as well. He was a Heinz 57 variety breed and I named him Lassie, of course.

My mother let me have a party during our first month in the house, and that event solidified my position as one of the cool kids without me having to say or do anything else. I used my newfound celebrity in the best possible way by befriending everyone and becoming an advocate for those on the fringes of the junior high school social scene.

We are at all times preparing for what is to come in our lives. My recommendation is that you prepare carefully, choose wisely, and allow the opportunities to wash over you as you create the lifestyle of your dreams. Hang on and enjoy your ride.

I’m Connie Ragen Green, preparing for opportunities without consciously thinking. Come along with me and we’ll explore the world and everything it has to offer us in each moment.