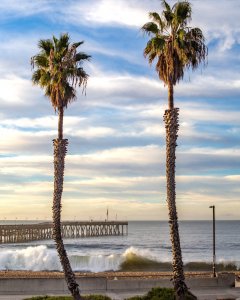 When I made the decision to resign from my classroom teaching position in 2006, after twenty years and many sleepless nights I arrived on the internet without an identity. I was Connie Green at that time, but that wasn’t going to do. Too many women with that name, primarily in North America and Europe and many of whom owed money to others or had otherwise tarnished their reputations. Even the dot com of my name was registered to one of my namesakes who was selling something related to fashion. Because my clothing was strictly “off the rack” and purchased from the sale or clearance are I knew we would never be confused, but she still had the rights to my name on the internet.

With a chance and disappointing encounter at the public library in the city to which I had just relocated in southern California the librarian let me know in no uncertain terms that a library card was out of the question.

“You have outstanding fines and never return your books on time. No library card for you”, she exclaimed and turned to walk away.

I was injured to my core. In a feeble voice I whimpered, “But I was a teacher. I always return my books on time.”

Not looking up, I could hear the sound of her rummaging through a card file. It turned out she had me confused with a Connie Green who lived several miles from my new home and who was not me.

I thrust my new driver’s license and electric bill into her hands to prove my identity.

“Use my middle name, Ragen. I’m Connie Ragen Green and I don’t believe anyone else has my name.”

So with the courage of a woman just denied a library card for the first time I had adopted my new identity. I checked out four books to seal the deal.

As I walked out to the parking lot on that day I thought about what had just transpired. I had not known who I was as Connie Green; now I was even less sure of who Connie Ragen Green could be. I pondered this on my drive home and up the stairs to my new home office.

My online business was brand new. Perhaps I could become like someone with years of experience. At that time I was studying the work of Denise Wakeman, Carl Galletti, Ryan Deiss, and several more marketers. I would become a combination of these great minds all rolled into one. I tried this and it did not work. Then one day I came upon a quote that had a great impact upon me…

Yes, this was the answer! I could be myself and achieve great things in my new life. It was an inspired precept with which I was bound to succeed. Now the only thing I had to find out was who I was…

This journey began with writing every day to find my voice. The words came out slowly and awkwardly, knocking into one another and not making sense. Too many adjectives and dangling modifiers reminded me I had not been an English teacher. It was as if I were pulling uncooked spaghetti through a thin straw and attempting not to break any of the strands in the process. I tried free form writing, nonsense writing, writing with prompts. Then one day I made a bulleted list of the ten things I had learned since starting my online business. I added an introductory paragraph at the beginning, described three of my bullet points in each of the next three paragraphs, and closed with a summary paragraph at the end. It was the formula and outline I had taught my students in the classroom for so many years and my “5 Paragraph Model” was born.

The writing was mediocre at best. After teaching for twenty years it had not improved. But why should it have? Teaching something to others will only improve your own skills if you practice what you preach.

But over time I did find my voice. I read Malcolm Gladwell’s book Outliers: The Story of Success, where he explained the “10,000-Hour Rule”, claiming that the key to achieving world-class expertise in any skill, is, to a large extent, a matter of practicing the correct way, for a total of around 10,000 hours over any period of time. This concept made perfect sense to me. On the day I read about this I estimated how many hours I had already written since coming online and vowed to double my words each day. Then I looked back at what I’d written in the past to see the slight improvements I was making.

This all led me to becoming more patient than I had ever been during my lifetime. Waiting in lines or for anything else did not affect me in any way; at times I yearned for the slowness that can occur when you have no control because this forced me to slow down physically while accelerating mentally. I became the guinea pig in my new reality and danced to the tune in my head that others could not hear.

Next, I tackled public speaking, and teleseminars, and podcasting. I had found my voice and now I wanted to shout from the rooftops for all to hear. I had strong opinions I wanted to share and strategies I knew others would benefit them. My message became a powerful one and I knew there were people all over the world who could only hear this message from me.

In 2012 I was returning to southern California after a month long visit to Thailand. My flight from London to New York was cancelled due to inclement weather and the airline offered me an indirect flight to Los Angeles with a layover in Chicago. As I sat on the floor in the United Club Lounge, located in Concourse B North in Terminal 1 at O’Hare Airport a man comes up to me and says,

“Are you Connie Ragen Green?”

I stand up and shake his hand and he tells me he has read my books and followed me for several years. Yes, I have become Connie Ragen Green, a unique individual in my own right and someone who is committed to living the life I have designed for myself. And I am a person who is who I say I am, or “fair dinkum” as they say in Australia. After decades of not know who I was, of hiding my thoughts and beliefs from others for fear of being judged, I have found my voice and emerged from life’s shadows. I can’t wait to see what the future will bring.

I’m Connie Ragen Green, an author, speaker, publisher, and online entrepreneur making my way along the superhighway of life. Join me, if you will on this journey of self-discovery.