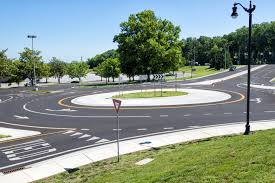 As I look out my window this morning I am shocked at how few vehicles are on the road. I’m in Santa Clarita, California (one of the two cities I live in, the other being Santa Barbara) today. It’s Monday morning, March 16th, at eight o’clock. This is rush hour and from my second floor balcony my view extends more than two miles, through and past Plum Canyon, along the “Cross Valley Connector” road, Golden Valley, and on to Newhall Ranch Road that leads to the interstate freeway. There weren’t any cars in the roundabout close to my house and very few on the roads leading up to and beyond. It’s not even this quiet before 5 am on Sunday mornings. Too quiet. Eerily quiet.

It’s as if someone told everyone to stay home today and to not go to school or to any non-essential locations. Oh, that’s right, someone did. We are not on lock down, or restricted in any way, and there is no curfew. But the city and state officials have recommended we stay home until further notice and only go out to pick up the bare necessities. That is, if you can find them.

I teach people how to become a local celebrity in the city in which they live. I did this accidentally in Santa Clarita and later, when I began living part-time in Santa Barbara I did it there on purpose.

In 2006 I changed my life completely, reinventing myself as an online entrepreneur. I resigned from my job as a classroom teacher in the second largest school district in the U.S. (Los Angeles Unified) at the end of the school year and during the summer I proceeded to give away all of my real estate clients (I’m still a broker, but gave up my appraisal license) to others who were doing this work full time and could better serve them. I also moved from where I was living in the San Fernando Valley for almost two decades to a new home in Santa Clarita.

There I sat for much of the summer, gazing out on the same view I described above until one day I Googled for volunteer opportunities in my area. The Rotary Club came up as a search engine result and on a scorchingly hot June day I ventured over the the Marie Callendar’s restaurant where they met every Wednesday for lunch.

To say I was intimidated by the people I encountered on that day would be an understatement. Even though I had only lived in Santa Clarita for less than three months at that time, I still recognized two people on the City Council, the owners of the local radio station, and the leader of a new non-profit (I had seen their photos in The Signal, the local newspaper), as well as my new dentist and veterinarian. I believe I took two steps backward and almost stepped out of the room when a woman came up to me and introduced herself.

I awkwardly introduced myself and shook her hand. I hadn’t practiced what I would say because this was a foreign situation for me. I think I said I was a former teacher, not retired, and also a real estate broker and residential appraiser. I may have mentioned my new online business, but at that time there wasn’t much to share.

She led me to a table to sign in and suddenly I was surrounded by people who wanted to meet me. The dentist and the veterinarian recognized me and that put me at ease. They joked about not being good Rotarians because they hadn’t invited me to this meeting but they were glad I had found it on my own.

The meeting was called to order. Someone gave an invocation, we sang a patriotic song, and everyone sat down. Over the next ninety minutes my thinking shifted as I realized I was surround by business owners, people involved with other non-profits, politicians, professionals. They were community and thought leaders, and they were now my acquaintances. Some would become good friends and colleagues. And within a few months, even before I had joined Rotary (that came in December of 2006) they elevated me to the status of local celebrity. And by the way, Mary Ann and I are still good friends, through Rotary, the community, and beyond.

I was on the radio, on cable access television, in the newspaper, and writing for local magazines. This was all related to my community involvement and participation, not my new business. But now when I was asked that conversation starting question of “What do you do?” I learned how to describe my new business as one in which “I create information products and recommend people, products, and services to help others to start an online business from their home computer.” 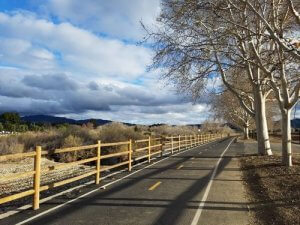 So, how can we become a local celebrity and continue to reach people during this COVID-19 crisis when people seem to be hiding and even the open trails are abandoned? It’s still possible, and if you’re an introvert like I am you may even prefer this style of communicating with others, one to one and in groups. It’s all virtual and will have a very similar result of getting your name and face known to everyone in the city where you live. Here are some steps to take now:

This is the magic formula I used in 2013 when I began living in Santa Barbara, eighty miles southwest of Santa Clarita on a part-time basis. It turns out that few people are willing to not only volunteer, but to also take an active role in reporting on what they do to the rest of the city where such things are going on. Here are some additional ways to connect with others during this time of self-isolation:

Everyone is somewhere, every moment of every day. Use this time of self-isolation as an opportunity to find where people are. Remember that private venues are not regulated by the government. Over the past three weeks I have met with groups of up to five people at Country Clubs, in private homes, at the Elk’s Lodge, and at the offices of several non-profits and professionals. Where there’s a will there’s a way and becoming a local celebrity is well worth your time and effort.

I’m Connie Ragen Green, an introvert who loves some self-isolation during this crisis but who still wants to connect with others every chance I get. Let’s connect.