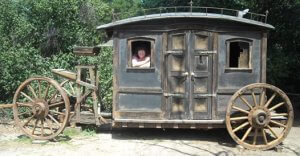 My first book consisted of fifty blog posts I had written on the topic of building a profitable business, based on using the power and leverage of relationship marketing. Early on, I didn’t realize I was blogging a book. It came about as a result of conversations I was having in early 2009 with two mentors at that time, Raymond Aaron and Alex Mandossian.

I had encountered each of these men purely by chance, and their impact on my life and business was miraculous, to say the least. It was too soon for me to realize that mentorship is the common thread with the overwhelming majority of successful people in any walk of life. I’ve since written a bestseller on Living the Mentored Life, but that’s a story for a different day.

Although I’d been online for three years at this point and was increasing my income month over month, I was floundering. I lacked direction and my goals were more like items placed on a “to-do” list. At the beginning of each month I felt as though I was starting back at the beginning and my productivity was slow as molasses.

It would take days for me to get the momentum needed to even know what I could be doing. Many months during this period, I was simply living previous months over and over again. The only thing that kept me going was the belief that if I didn’t, my income would fall off and I would no longer be able to meet my financial obligations.

My first speaking engagement came in the summer of 2008. Matt Bacak had invited me to present at his marketing event in Atlanta. I was so nervous and not sure I could follow through with this, all the way up until the first day of the event. His assistant had seen me checking into the hotel and told me I’d be following copywriter Ray Edwards and after I spoke Frank Kern was to take the stage.

I’m not sure what the look on my face was while the assistant was speaking to me, but inside my heart was racing and my breath shallow. How could Matt have asked me to share the stage with him, and with people of this caliber when he knew I was so new to public speaking?

I had the greatest respect for Matt, and had to trust that he knew what he was doing. I thanked his assistant and went up to my room. After beating myself up for being fifty years old and not as successful as I had hoped, I opened my laptop and went into my PowerPoint presentation. It was horrible, and I was being as objective as possible. There wasn’t time to make many changes. I saved the final version and emailed it to Matt’s assistant, Teri.

It wasn’t until I had been introduced and was up on the stage that I realized I had forgotten to change into my better shoes. My sneakers were clean and comfortable, but they ruined the look I was going for when my friend Kathy had gone shopping with me the week before. As I took the clicker and started my slides, I could still hear my mother saying, “Whatever you do, Connie, don’t forget to wear your good shoes when you go up on the stage.” Too late, Mom.

The audience was a full one and all eyes were on me. All these years later, I can still picture what this experience was like for me, as well as feel what was inside of me that day. I was still playing the victim and it wasn’t fair that everyone else speaking that weekend was smarter and more experienced than me. Yes, I did sell two of my twenty-five hundred dollar packages, but even that did not make me happy.

While I was talking to my two new students at the table in the back of the room, Raymond Aaron slid up beside me. He smiled at us and then turned to speak directly to me.

“Let’s have lunch so we can talk.”

For the next ninety minutes, Raymond scarfed down a salad and sandwich in the restaurant in the hotel. I just listened. He told me what I could have and should have done to make my presentation better. Yes, he was proud of me for selling to two people, but then explained how that could have been twenty-two sales, or even more.

I promised to sit in the front row when he spoke after lunch, and to take notes on what I saw, felt, and observed. Then it was time for us to get back to the conference room and before we got up he said to me,

“Connie, you’re making huge money with your very small list. I want you to promise me you’ll start writing about this and share how you’re doing it in great detail. Then, tell me where I may read what you’ve wrote and I’ll tell you what to do next.”

I nodded. Yes, I would write about what was working so effectively in my business on my blog. I would start the moment I returned to California.

While I was still in Atlanta for this marketing event, I received a phone message from Abby Hill, Alex Mandossian’s personal assistant. Alex wanted to speak with me and she wanted me to call back to schedule a convenient time. I did, and the day I returned home I had my call with Alex.

I had tied for tenth place for his “Teleseminar Secrets” course launch and he didn’t recognize my name. It was thanks to Alex that I had begun using teleseminars to grow my business, come aboard for his intensive training the previous year, and then had become an affiliate for this year’s launch.

“Hi Connie, this is Alex. Congratulations on making it to the top ten for my affiliate contest. I know you were in Teleseminar Secrets last year and were very active within the group, but I didn’t recognize your name as an affiliate. You must have a very large and responsive list to place so well this year.”

“Thank you, Alex. Yes, I have six-hundred-fifty-one names on my list.” I was proud to share this information with him.

“Excuse me, Connie, but I don’t think I heard you correctly. How many people are on your list?”

There was silence for a few beats before Alex spoke again.

“Then you must be earning six-figures, or even more.”

Abby joined us for the remainder of our call. He instructed her to schedule three more calls with me, and to also set up a call to talk about what and when Alex would promote for me.  And before we ended the call that afternoon, he said one last thing to me…

“You’re doing something that most of thought was impossible. You have reach the magical six-figure goal, and all by connecting with your list in a way that many don’t even understand. This is a BIG deal!”

“When people tell me you have to have ten thousand or more names on your list in order to make any real money online, I just tell them I didn’t get that memo.”

“Good. I want you to blog about everything you do and some specific results you’re having. Will you do that?”

“Yes, and Raymond Aaron has suggested I do the same thing.”

“Raymond and I are good friends. I even have a domain idea for you. Something about making huge income with a small list. I can’t wait to read your posts.”

That week I purchased the domain HugeProfitsTinyList.com and began blogging about what was working for me. When I got to ten posts, I put those together as a new free giveaway on both of my blogs. When I got to twenty I did a webinar for Armand Morin and the Mastermind I was a part of at that time. And when I got to twenty-five posts on how I was using what I called “relationship marketing” I decided to write a book about it. I’d use the concept of blogging a book to make it go smoothly.

That first book, Huge Profits with a Tiny List: 50 Ways to Use Relationship Marketing to Increase Your Bottom Line changed my life. It separated me from the rest of the people who were new to the world of online marketing. Becoming a published author gave me the confidence to do more and be more and to visualize the life I wanted to create for myself and my family. The experience gave me the courage to step into the power that we all have inside of us, but few of us will embrace during their lifetime.

Blogging a book is as simple as thinking about your topic in writing. When both Raymond Aaron and Alex Mandossian asked me to share what was bringing me success as someone earning huge profits with my tiny list, I was simply responding to them with the various ways that were working for me. I broke down  these strategies into smaller pieces that I could explain in great detail.

When I teach my Author’s Program twice a year, I always share this story of how I was blogging a book quite by accident, until I decided to turn this information into a book. I also share that I continue to use this “blogging a book” method with every book I’ve ever written, and at this point that’s quite a few.

I’m bestselling Wall Street Journal and USA Today author Connie Ragen Green, blogging a book with everything I write and helping others to create a life and a business that becomes a lifestyle by design.