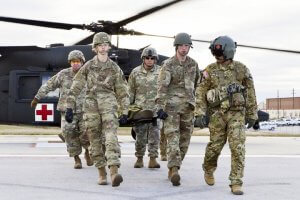 The second time I said it louder, but more slowly and clearly so the man and woman standing at the foot of my hospital bed could better hear and understand me and take quick action.

“Find me someone who’s been a medic in the service, please,” I pleaded from my hospital bed.

I was in Cedars-Sinai Medical Center in Los Angeles, in the outpatient surgical center awaiting surgery on my torn rotator cuff and writhing in pain. The man was my nurse and after thinking for fifteen minutes had announced to me that I would not be able to have my surgery that day because he couldn’t run the IV in either of my arms. On my right side I’ve had surgery for breast cancer and several lymph nodes had also  been removed. It was my left shoulder that required this surgery, so neither arm was available. I’m sure I was loud when I told him to find someone else to do it. He came back with the woman, another nurse who did not know what to do either.

Why did I want them to find someone who had served as a medic while in the military? Simple. If you’re in the middle of a battle or other skirmish and someone is injured there is often no time to do things by the book. Instead, you must take action quickly to solve the problem and save their life. Think fast, keep it simple, and get the soldier off the battlefield and on to a safer place. That’s problem solving in a life or death situation. I was even more insistent when I once again asked,

“Find me someone who’s been a medic in the service, please.”

Finally, another nurse appeared with the other two trailing behind him. He introduced himself and removed the blanket covering my legs. He then felt both of my ankles and chose one to insert the intravenous line into. The two nurses were shocked at what they were observing as the third nurse went into action. The fluid began dripping and the problem was solved. As the drugs took effect I thought about the word rotator being a palindrome. My surgery was done an hour later.

Both life and business are all about problem solving. If you’re not a problem solver life will be more of a challenge for you and your business may never reach the level of success you have dreamed of achieving. Here are some ways I turned myself into a problem solver that you will find beneficial as well:

Recently I found myself in the position of having a lawn that desperately needed to be mowed and an ill family member who usually took care of that for me. I stood in front of my house to think about a solution to my problem. A few minutes later the gardeners showed up next door. It turned out they also took care of the house next door to that one and I was not aware of that. I approached one of them and asked him how much he would charge me to mow and edge my lawn when they were finished with the two they were working on. He said he would prefer to have me as a regular customer but would do it for twenty dollars that day. We shook hands on that deal and I promised to consider his services permanently in the future. Problem solved.

When I wanted to build a new home in 2006 I reminded myself that I had less than a twenty percent down payment and had just started a new business that hadn’t yet proved itself to be financially worthy. I chose not to focus on that and instead looked for a way to make my dream come true. A week later I stopped to see some model homes and discovered the bank was making all kinds of concessions to sell and close the deals on these homes because a recession was about to descend on the U.S. economy. I wrote a check for ten thousand dollars as a deposit and agreed to come up with ten percent of the price at closing. The homes were built and I moved in to mine three months later. 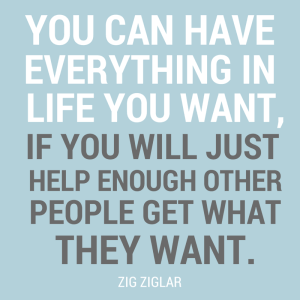 Are you a problem solver? Take some time to think about and write down the situations you have encountered recently that required you to solve a problem in order to proceed. In retrospect, could you have done something differently, or more easily? Zig Ziglar taught us that “you can have everything in life you want, if you will just help enough other people get what they want.” This is problem solving at its finest and moves mountains and creates riches.

I’m Connie Ragen Green, problem solver extraordinaire and marketing strategist. Follow me along the path of success and allow me to serve you in any way that will make a difference for you, such as with authorship or entrepreneurship.