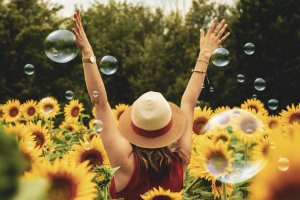 I used to say that I didn’t have the time or the money to volunteer or be a part of charitable causes. That was my excuse, and I honestly believed it until I found out it wasn’t true. Even during the twenty years I worked as a classroom teacher in the inner city of Los Angeles, while simultaneously working in real estate part-time as a broker and residential appraiser, I could have volunteered once a month. I had time each Saturday morning for a few hours and could have donated $20 every month to a non-profit for a cause I believed in.

The story I told myself for all of those years, and for the years leading up to that time since I was a young adult was a powerful one. And I have since learned that a belief is a thought you keep thinking, whether it has merit or not.

It wasn’t that I didn’t want to serve others. Back in the early 1980s I lived in an apartment building in the nicest section of the San Fernando Valley area in Los Angeles I had ever been able to afford. That’s another story and belief, but I’ll save that for another time.

Anyway, there was an older couple upstairs who took care of their infant grandson quite often. One day I met them while we were all out for a walk they told me that their daughter and son-in-law were involved in fundraising and that’s why they had the baby for a couple of days each week. That night, as I was once again awakened by the baby’s cries (he had problems with his ears) I imagined his parents busy with fundraising for a worthy cause. It must have been important for them to be away from their child so much. My kids were in college and the idea of helping to raise money for charity seemed very appealing to me. But I didn’t know the first thing about getting involved in this way and as I drifted off to sleep this thought filed itself in the recesses of my mind.

Over the years I donated a few dollars here and there, always purchased several boxes of Girl Scout cookies each spring, and even went door to door around my cul-de-sac collecting food for the annual post office food drive. Again, I didn’t do more because I didn’t have the time or the money, or so I believed.

Fast forward to 2006 and I was now on the leading edge of transforming my life and reinventing myself. I had resigned from my position as a classroom teacher and given away my real estate clients. During the month when I was moving from the San Fernando Valley to a brand new home in Santa Clarita I had lunch with a friend. I was so excited about the new life I was starting as an online entrepreneur and shared some of what I would be working on with her. At one point I stopped eating my sushi roll and said,

“I’m going to start volunteering and helping with fundraising for groups that have an impact around the world.”

Mary Lynne, my friend, frowned a bit and then responded with,

“But do you know how to do fundraising?”

“No, but there are people who have been doing this for many years who will be excited to teach me what they know and to help me get started on this path.”

And it was true. Everything I had said to my friend during my moment of passion would come to fruition. Within a few months I had joined the local Rotary Club in Santa Clarita. The people I had alluded to in my conversation months earlier were there, and they did welcome me with open arms and gently pave the way for me to change my life and add to my experiences.

Since the summer of 2006 I have volunteered with non-profits and service organizations that serve people in the local community as well as those halfway around the world. Personally I have been a part of service projects in Mexico, Finland, Estonia, China, and Thailand. So many stories with so many people, too many to share with you here.

So when I received a text message, followed by an email from people a group representing many local non-profits. I am in the database as someone who is willing and able to volunteer on short notice. I was not surprised that I was being asked to volunteer at the new COVID-19 testing station in the parking lot of the college not far from my home. Volunteers are needed to help check in those who have been referred by doctors because they have shown the symptoms. Southern California has not yet had a surge and it is believed this will come during the next 7 to 10 days. But I didn’t respond back right away. In fact, the day came to an end without me taking any action at all.

As I read the detailed email my immediate response was fear. I wanted to say no, thank you to their request. And the moment I felt the fear surging through my veins and entangling my thoughts I was ashamed of myself for feeling this way. I don’t remember the last time I was afraid at the gut level. It wasn’t when I was in Mexico, helping to build temporary housing for homeless families after an earthquake had destroyed what few belongings they had left, or when I spent two weeks with Father Joe Maier at an orphanage in Thailand, where an 11 year old boy died from pneumonia the day we arrived.

But sitting in front of my laptop and reading the request for the second time again sent a shockwave of fear through me to my core and made me cry. I discussed this with my family and they encouraged me to come to my own decision. I spoke with three close friends last night and they have mixed feelings.

I was gripped with fear and it just increased over night. I then turned to my friends and colleagues on the internet to ask for their help in making my decision as to whether or not I would volunteer for this important opportunity.

The responses came quickly and steadily over the next two days. Just over three hundred in all. So many wonderful messages, ranging from those who cautioned me against putting myself in harm’s way but would support me either way, to those who encouraged me to do what I thought best, after carefully evaluating my own health issues. One stood out to me as though it had been written by a close friend or family member who knew me better than I knew myself.

It was from Dr. Renee Cohn Jones PsyD. She is a parenting coach who received her Doctorate in Clinical Psychology from the Graduate Institute of Psychology at the University of Hartford, located in Connecticut. We are in an online Mastermind together and I have the utmost respect for her. This is what she wrote to me that was so very helpful on that day:

I totally get this – volunteering is such an important part in my life, too…

This is a unique time and it is OK to feel scared and not to be the one who steps up. I don’t know your history, but I do know that you have had health concerns, which could be increasing your anxiety.

I often tell others -and mostly myself -that it’s ok to “share.” There is someone else out there who really wants to help and if you don’t go, someone will. If they send out multiple requests, that’s a different story. However, if this is the first request, it is OK to stay home and protect your health so you can volunteer more when this is all done!

As you know, ultimately, this decision is yours. You could be a tremendous help and would be appreciated, but you can also “share” and feel ok knowing that you are letting someone else help and you will be there to help in the future as needed!

Sending you hugs and peace as you make this decision because I can feel it pulling at your heart.

This one touched me in a way I cannot explain. Dr. Renee, as I have come to refer to her, spoke to me and at once I felt safe, cared about, and strong. It was as if she reached out and took my hand and then allowed me to take the lead. The best way I can truly describe this is to imagine a parent guiding a pre-schooler or Kindergartner to their first day of classes at the big kids’ school. 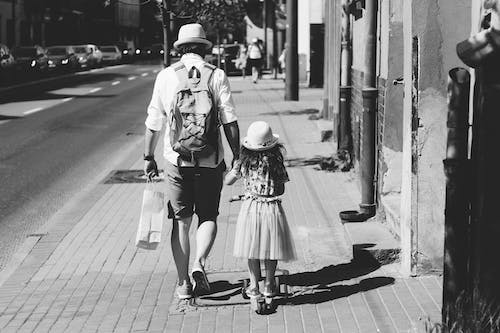 The child is excited, yet anxious. There will be a few familiar faces, but most everyone is a stranger on this day. There is enthusiasm masked by nervous chatter and awkwardness as the parent maneuvers the way through the gate, up the steps, and into the hallway. Then there is that moment where one of them lets go of the other’s hand. A quick hug and peck on the cheek. Checking to see that the coat and umbrella and lunchbox exchange places from the arms of one to the other. A smile to the new teacher, a last goodbye wave, brief glances at the other parents and children. And as the parent slowly backs out of the hallway, down the steps, and out through the gate, there can be heard the sound of giggles and small bodies and clanging lunchboxes as they enter the new classroom fto explore the new world that awaits. The parent hesitates for a moment and then it comes; among the two dozen or more children the one sound that will forever be recognizable to a parent. It’s the sound of their child as they press their face to the glass and squeeze their fingers under the window to lift it up a few millimeters.

I made the decision to volunteer at the new testing site. They started with two hundred-fifty tests a day during the first week and this week have doubled that to five hundred each day, six days a week. In two days I will drive to the college, park my car in the lot assigned to me, and venture into the unknown. I had initially felt like I would be alone at that moment, but now I know that Dr. Renee and so many others will be there beside me as I let go and move forward to what could be the most important volunteer assignment I have ever accepted. And whether I choose to do this on a regular basis or to stop after this first time, either way I know that it’s okay to “share” this work with others. Knowing this gives me hope and strength and courage, exactly what I need right now.

I’m Connie Ragen Green, a human being living each day out loud and with joy and passion. Serving others is my passion and my life’s mission. It’s just who I am, that’s all.