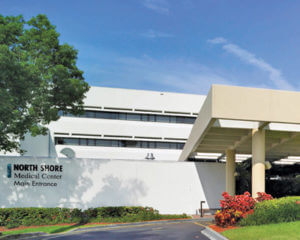 It was a club I didn’t want to belong to but had been forced to join. We sat in the waiting room, half of us distinguished by the one thing the others didn’t have; a large safety pin affixed to our shirt or blouse, holding our surgical drain in place. It was the “haves” and the “have-nots” and I was not pleased to be on what I considered to be the wrong side of this equation.

It had started with a mammogram that led to an ultrasound and on to a biopsy. This was the third doctor in a week and when I awoke from the anesthesia it was this man who announced that I had Stage 3 cancer that was moving aggressively through my right breast. I didn’t say a word as a nurse adjusted the bed so I could sit upright and a man brought me a small ham sandwich and a plastic container of apple juice.

The doctor’s name was Daniel Weingrad and he was very bossy. I told him that I didn’t even live in Florida and before I could tell him I had just gone through Hurricane Andrew and needed to return to California where I really lived he interrupted.

“This cancer is aggressive and you must have surgery this week. It’s the best chance we have to save your life.”

He was quite dramatic and he got his way. I had a radical mastectomy and even some of my chest muscles had to be removed. The next two weeks were a blur and I’m not sure how I made it through. I looked in a full length mirror at my deformed upper body, unable to cry because of the pain I was feeling.

I was horrible to Doctor Weingrad. It was as if I had been possessed when he came into the room. I blamed him for not caring about me, wishing I would die so he wouldn’t have to see me again, and for leaving me scarred and disfigured. I was even more dramatic than I had accused him of being at the beginning of this fiasco. He took it all in stride and refused to address my complaints. Perhaps he had heard all this before from other patients, but that doesn’t excuse my bad behavior.

Then there were the Sunday calls with my mother. I didn’t think she was strong enough to hear about what I was going through when she couldn’t see me with her own eyes. I protected her from the ugliness of cancer and what it does to the human body. I waited until I had returned to California two months later to sit down on the bed with her, take her hand in mine, and tell her what had happened. Even then I sugar-coated the facts and the details. Just when I needed her most, I pushed her away by dismissing the seriousness of my situation.

All of these memories come flooding back to me each time I meet someone who is going through what I went through and who now needs a listening ear from someone who has been there, done that, and lived to tell their story.

I had applied to the American Cancer Society as  volunteer as soon as I met their requirements in terms of time since last treatment and willingness to share my story in a way that would benefit the person I was assigned to. The first time I went with a more experienced volunteer to the home of a young woman not yet twenty.

She was married and the mother of two kids under twelve and had been diagnosed with bone cancer a few weeks earlier. She was scheduled for a bone marrow transplant that would require her to be in isolation at the hospital doing the procedure for several weeks. Her family could visit, but she wasn’t sure she wanted them to see her at that location or in that condition.

The other volunteer and I sat in soft chairs on either side of her in the living room. We introduced ourselves in the manner in which I had been taught: first name, type of cancer, date of diagnosis and date of last treatment. Nothing more, unless the patient asked, and even then, keep it to a minimum. I was there for her, not vice versa.

She cried as she shared that her husband didn’t come from work until midnight and had been drinking heavily. The kids, a boy and a girl had opposite reactions; her son wouldn’t look her in the eyes and her daughter cried and cried and screamed at her that she wanted to be left alone. Her parents called each day and told her it was going to be alright and she hung up on them. She wanted all of them to treat her normally and to try to understand what she was going through. I wanted to get up out of the soft chair and shout,

“They think you’re going to die. Give them a break. Answer their questions honestly. Your husband is scared he will be alone to raise the kids. The kids are afraid they won’t have a mother. Don’t try to force them to act like nothing is wrong because everything is very wrong!”

But I stayed seated and let her talk until she was all talked out and asked us to please leave so she could have a nap before the children returned from school. As we were leaving she asked if we would come back and if we’d visit her after the bone marrow transplant. I didn’t know the answer but the other volunteer told her that we would call next week and make another appointment to see her again.

Very formal and not very satisfying. I had wanted to tell her that I had been a teacher and that children always confide in their teacher when they are deeply afraid. But I wasn’t allowed to do that so I didn’t say a word. Driving back to the American Cancer Society building I asked if we could visit her again.

“No, she’ll be assigned to someone else now.”

I didn’t ask why. I drove by the house a couple of times over the next week. Once I saw her little boy shooting hoops in the driveway by himself. He was too small to make a basket but he was determined to keep trying. A month later I called the hospital where she was to have the transplant and the floor nurse on duty told me she had passed away. I hung up and never volunteered again. I cried and wanted to do something but I didn’t know what. Volunteering with the American Cancer Society was not for me.

Instead, I became a self-appointed patient advocate. Over the past twenty-five years I have spent time with a dozen women going through cancer treatment. They want to hear my stories because they find hope and inspiration within my words. They jump in and ask me questions and I tell them everything. I don’t leave out anything, even the gory parts. I explain the things no one told me, like why you need to massage your arm so the lymphatic fluid doesn’t build up. They want and need to hear this information, at least my account of what is to come.

I once described the process of surviving cancer as a tightrope walk while blindfolded. At the beginning of your walk you can’t see the other side. Someone guides you to the next step, makes you stop, and then asks you to take the next step. The doctors don’t know for sure where your “other side” will be, so their goal is to get you to move gracefully to the next point on the tightrope and then pause for a moment before guiding you to the next stop on the rope. If all goes well you arrive at the other side, remove your blindfold, and live out the rest of your life. One wrong turn and you drop a thousand feet to your death. Either way, at least a part of you is dead forever, unless you encounter someone who can help you turn it all around and give you back what you have lost, not physically but psychologically.

The women come to me in a way that is part magic and part serendipity. The most recent one is a young woman, not yet thirty who has been diagnosed with Stage 4 breast cancer. Two people who know both of us told me her story and her mine and she and I decided to meet. At the Starbucks that morning I introduce myself and tell her the story of a man I wasn’t very nice to and a letter I wrote to him about nine years after he had saved my life. 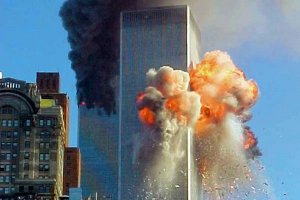 The letter was to Dr. Weingrad and it needed to be written. He was still in private practice at the same location. In my letter I thanked him for saving my life and apologized for being such a horrible, stubborn patient. Actually, I still have a copy of the letter I sent to remind me of that time in my life. It was written in October of 2001, just after the 911 attacks and goes like this…

Dear Dr. Weingrad,
I’m not sure if you remember me but you were my oncologist in October of 1992. I was the one who was in Miami for a short time after going through Hurricane Andrew but really lived in California.
I want to thank you for saving my life. I wasn’t very nice to you, or to anyone for that matter, at that time in my life because I was angry that I had breast cancer. I apologize for my behavior and hope you will forgive me. I want to tell you what I have done with my life since then and to express my gratitude for being alive.
I understand now that my life has great value and is a gift not to be squandered. I thank God every day for each breath I take. I am devoting my life to service to others in a variety of ways. I went back to my job as a classroom teacher and this year I have third grade. I remember you talking about your daughter sometimes. She must be in college by now. I am also a Big Sister to an African-American girl with special needs named Tanisha. Last year I was a foster parent to a five-year-old boy named Randy.
Also, I am now an advocate for women, and sometimes men who are in a situation I know all too well with a diagnosis of cancer.  I believe my words have great meaning to them and gives them the courage to navigate the journey they are taking and the hope that has the power to see them through this experience and on to the next part of their journey.
It was while watching television after the 911 attacks a few weeks ago that your face came into my mind. With everything that has happened and our futures feeling so uncertain I wanted to make sure you knew how grateful I am to you now and forever.
In Gratitude,
Connie Green

The young woman across from me is softly sobbing, holding her paper cup in front of her face in an attempt to hide the tears streaming down her cheeks. I take her hand and whisper “It will be alright” and we begin the first of what will be many conversations that can only be shared between two people who have shared an experience such as this one. It will be alright, just not today. My work begins and I am honored to be able to help in some small way.

I’m Connie Ragen Green, an advocate for people at various points along their journey of life. I’m also an online marketing strategist and bestselling author and entrepreneur. Let’s connect.