In the spring of 2019 I put myself on a shopping hiatus. I had full closets in both of the cities I call home. Most of the clothing and even some of the shoes no longer fit me, but even without those items I had enough to last for several years or longer. My history with having issues around clothes and shoes is a long and winding one and goes back a few decades to a different time in my life.

I grew up insecure. Food insecure was the biggest one, long before this had a label. Clothing insecure also described my mother and I during a time when designer clothes were not a thing but fitting in with others was huge. My mother described me as being “hard on shoes” and I never understood the concept of being careful to protect and extend the life of one’s clothing and shoes. I was a tomboy and could not separate out my feelings between being myself and making sure not to place too much wear and tear on my items.

There was one time when I had grown out of my shoes and got them terribly dirty simultaneously, at a time when we had little money for food and necessities and none set aside for new shoes. I was in the third grade and was all ready to go to school one morning when my mother looked down at my feet and frowned her disapproval. With no time or money at her disposal, she came up with the idea of cutting the fake fur off my bedroom slippers so we could begin our walk to my school. These days kids and adults alike have somewhat more freedom to be themselves and wear almost anything, but in those days it wasn’t done. I can still hear the taunts of my classmates when I arrived at my classroom a few minutes after the morning bell had rung.

After I got home, I cried and blamed my mother for what had happened. She apologized, when she was not at fault and reminded me of the importance of taking care of my shoes so I would always have a pair to wear. She glossed over the problem of feet growing bigger and I wished for a new life for us both where food and clothes and everything else was in plentiful supply. And a dog; I also wished for a dog that day and named it Lassie, no matter what the breed would be.

Fast forward to my future as a young adult, where money flowed more easily and materials items were not often in short supply. The only thing leftover from my childhood was the insecurity. Now I was insecure about my worth as a human and around forming and maintaining relationships of all kinds. A trip to the mall after payday meant a new outfit, shoes, and a purse or wallet. Then out to dinner somewhere special completed the evening. Sometimes I invited a friend to share the entire experience and paid for their clothes and meal as well. It felt good to be able to do this on occasion, but the feeling did not last. It was difficult for me to discern whether the person was a true friend or just someone along for the ride.

Decades pass by quickly, like a hummingbird swooping in for a drink out of the backyard feeder and then gone again in a blur. I’m a classroom teacher now and work in real estate pert-time. Money is tight at times. There’s enough for a house and car payment, and a two week vacation on an airplane every other summer. I subsidize my now elderly mother’s Social Security check each month and also take her shopping for clothes and shoes after I get paid each month. We don’t discuss the past. Too many sore spots around topics from my childhood. I dismiss them as not being important enough to rehash in the present. We both pretend to forget what was so painful in those moments.

In my forties I begin to put on weight. It wasn’t noticeable at first. Then the pants were tight and at some point I hung my belts on a hook in my closet and began wearing pants and skirts with stretchy waistbands. No more jeans, either, until some company came out with “pajama jeans” a client showed off at a conference we both attended. I smiled in agreement with her choice, but inside I was shocked at how horrible they looked on her.

When my business began to grow and I started speaking at live events, I had to find clothes that would not only fit me well, but also look professional. They also had to be comfortable. I asked a close friend to take me shopping where she was buying clothes and we ended up at a boutique style shop where she had me try on a number of outfits. It was in those moments I realized how little skill I had when it came to buying clothes that would serve me. The following month I went to the Macy’s store at my local mall, determined to replicate the experience I’d had with my friend, closer to home and more frugally to fit my budget.

The “Women’s” department was on the first floor, almost hidden between men’s shoes and men’s active wear. In fact, this was the only department for women on this floor, as almost the entire upper level was for women. But they carried no sizes larger than XL, which is “extra large” for women. There were “Plus” sizes up to 3X, and fortunately for me I did not grow any larger than that over the years. No longer willing to torture myself by walking through an entire floor with nothing that would fit me, I began parking in the underground parking lot that had an entrance on the first floor.

Over the years I got to know the women who worked in this department, as well as some women who shopped there. We would often remark that the most people sales people tended to be assigned to this area. They would smile sweetly and patiently as the large women lamented over the fact that most of the clothes were prints with huge flowers, childlike images, or vertical stripes. There were some more appealing colors and patterns, but they were few and far between.

Once in awhile I would leave this department and ride the escalator up to the second level. Usually this was so I could exit the store and end up in what was called the “Patio Shops” or to meet a friend or colleague at one of the restaurants or coffee shops. The Apple Store was also in the patio area and many a time I forgot my worries by looking at what was new and innovative in phones and computers to pass some time away.
= = =

Two non-scale victories today. The first was this morning when I put on my Fitbit after showering. It had become too loose and this time it fit perfectly in the next hole over on the band! The second one was when I went to Macy’s for the first time in a year. I confidently rode the escalator to the second floor where almost all of the women’s clothing is displayed. I did not buy anything, but I did spend ninety minutes looking on every rack on the entire floor. I can now find clothes that will fit me that are stylish and appealing. I even looked at bathing suits! Before today and for over a decade I had to shop in the Women’s section on the first floor, next to men’s shoes and outerwear. I felt excluded from the mainstream and embarrassed when I saw someone I knew. Today is a day I will remember forever.

What does NSV mean?

If you’ve seen the abbreviation “NSV” on Instagram or Connect, or heard a WW member use the term in a Workshop, you’ve probably wondered what it meant. The letters stand for “non-scale victories,” the small, everyday indicators that mark your new, healthier life. Sounds like fun, right? Like an added bonus to the pounds dropping away?

But try thinking of it this way: The NSVs are what your hard work is really about. And as for the numbers on the scale? They’re the added bonus. Sure, keeping track of the weight lost is an important part of the program. But also acknowledging your progress in other areas can help keep you positive.

For example, here are some non-scale victories that are well worth celebrating:
Your clothes fit better.
It’s easier to walk up stairs and play with your kids.
You have more energy.
You feel more positive and better about yourself.
You’re noticing that you eat more vegetables and drink more water. You’re acting like a healthy person!
Non-scale victories have been few and far between during my lifetime. Now they’re coming faster and more furiously than I ever could have imagined. 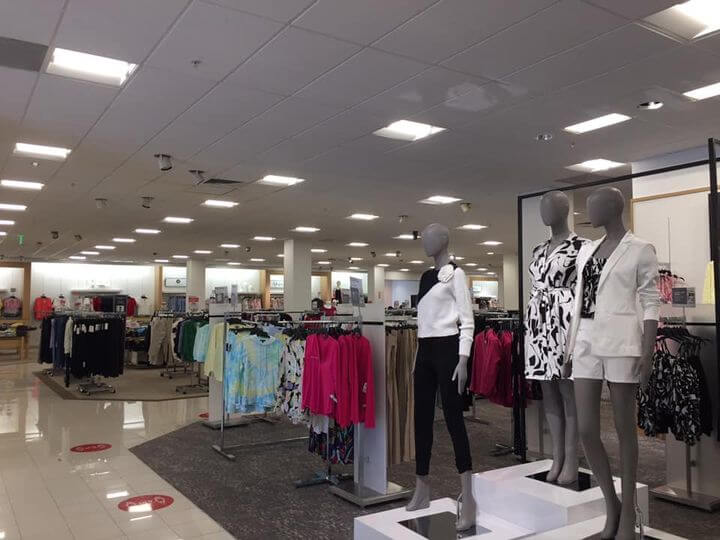 While I never thought of myself as being excluded from any groups or activities, looking back makes me realize that this did occur throughout this past decade. People don’t necessarily intend to be mean or unkind, I believe. But sometimes it’s just easier not to have to deal with a person of size. That’s how I began thinking of myself at some point in time. There are people of color and people of circumstance, so it makes sense that large people would be thought of as people of size.

As I stepped off the escalator I was careful not to put too much weight on my left foot. All I needed was to suffer a mishap with so many people around. And that’s when the childhood memories came flooding back. I was in the 3rd grade again, wearing my bedroom slippers because I had no other choice. But now I did have a choice. I promised myself I would throw away this pair of shoes when I got home, and to go through the dozens of pairs I had to see what could be given away and which pairs were still new in the box, being saved for a special occasion and not seeing the light of day. I have committed to making every day special, and to know that I am worth it in every sense of what that means. Now this is a non-scale victory of epic proportions!

I’m Connie Ragen Green, celebrating everything that comes my way as a non-scale victory. Come along with me, if you will to a land of time and financial freedom where we call the shots every moment of the day.