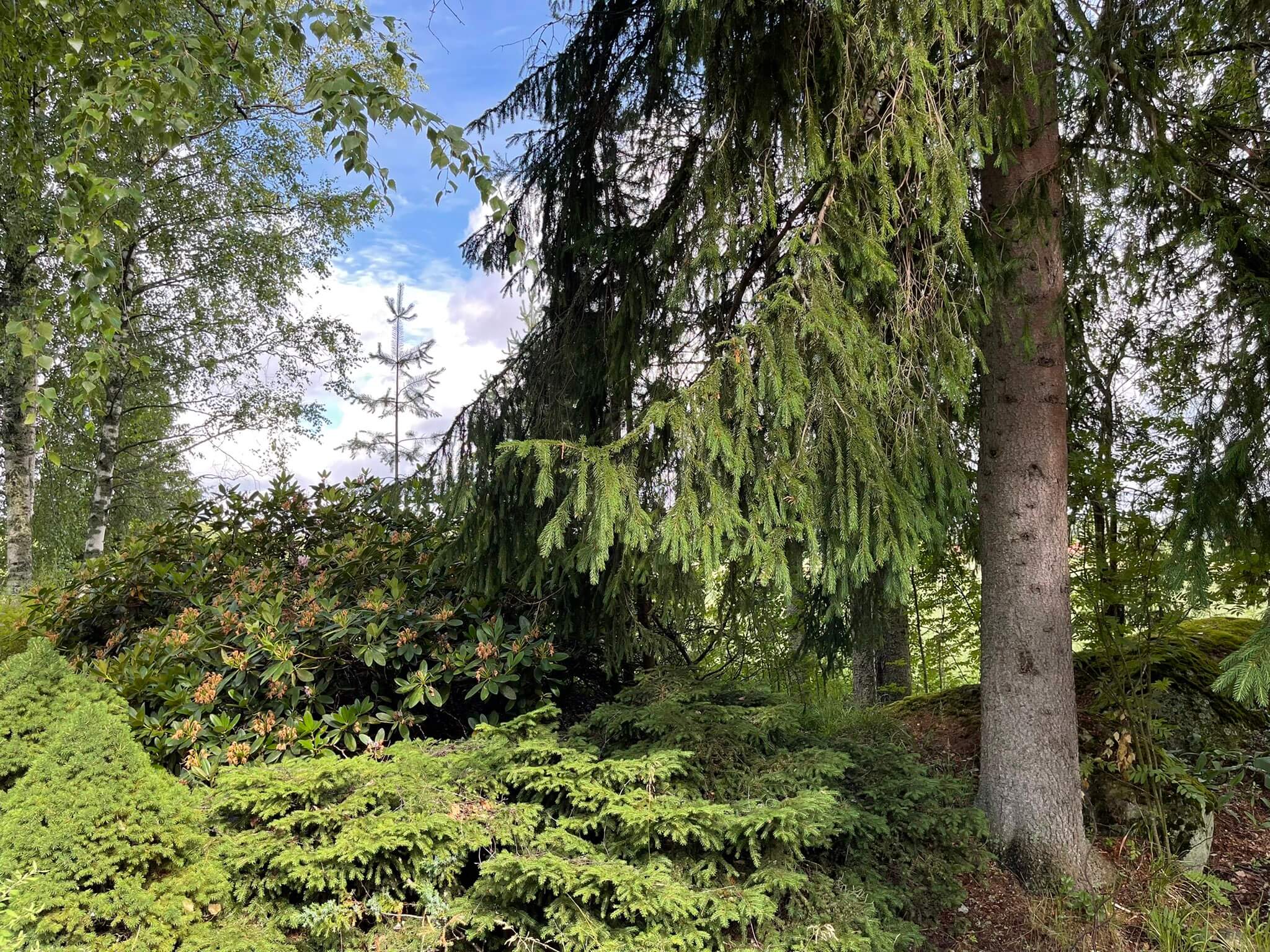 I could hear their voices coming from the living room, and occasionally a few words or lyrics from a character in the movie or an artist singing a song they had playing in the background. Nonsense words were the furthest thing from my mind in those moments.

I’d pause from time to time to determine who was speaking and what the conversation was about. But I continued to work at my computer in the room that was serving as my bedroom and home office while I was visiting in Europe that summer.

It felt good to be a part of their lives in this way: Them, enjoying each other’s company and sharing music, film, food, and conversation. Me, knowing that they are safe and happy and experiencing life in a way that will lead to a lifetime of memories.

These are the people who make up the fabric of my life. Without them, my purpose feels smaller, somewhat insignificant, almost without meaning, With them, I show up as a fuller version of myself. They make me better, and in turn, I strive to encourage and guide them to each be a more improved version of themselves than they thought possible. It’s a symbiotic relationship that is mutually beneficial and powerful.

I think of them as my extended family and created by blood, sweat, and tears. None of us are related by blood, but instead by the sweat equity we’ve created over the years, along with the laughter and sometimes the tears that keep us connected in a way that is magical and not so easy to describe to others.

They were used to me disappearing for a couple of hours at a time each day. I love my work. It consists of writing and marketing and creating all sorts of things related to online marketing. If it wasn’t for this work, and for the fact that I can do it from anywhere in the world with a laptop, an internet connection, and some ideas, our time together would be limited. They are in Europe and I’m in the States.

We lost a few years due to the pandemic. Yes, we had video calls and emails and more social media than I ever thought possible, but none of that replaces the feeling of being together in person. The experience of their breath near my face, the sounds of their shoes coming off just inside the front door, the visual of them squishing together on the sofa for a front row seat for that evening’s movie on the high definition, big screen television, and the grunting of the family dog burrowing between them to be a part of it all.

It went silent and I pushed my chair back to join them. Then, I pulled the chair up closer to the computer screen once more and went about the process of pulling up an encrypted document I use when I travel to access the many websites, products, courses, passwords, and other information I need to have at my fingertips.

I scrolled back through my emails and located the ones telling me there were problems on three websites that needed to be updated. Then I searched alphabetically in my list to find the username and password associated with each site. My intention was to quickly update the websites and to then join them in the family room.

The document downloaded quickly, and I moved in closer to find what I needed. That’s when my eyes welled up and the tears began to flow and I closed my eyes just long enough to feel the full impact of the salty fluid that was burning my eyelids from the inside out and staining my cheeks and lips.

The reason for this unexpected emotion was right in front of me. Created well over a decade ago, this “living” document began with just a few notes on what I was doing as I built my online business. In the beginning, there were only three websites, a dozen or so domain names, and a handful of affiliate links for the people and products I had purchased and was now recommending to others.

Over the years it grew as my business exploded. Now it’s nineteen pages, mostly single-spaced and containing personal details that are only shared with two other people on the planet. Because of their help and roles in my business, it’s not often I do this work myself.

When you set up a new website, or a membership site, or anything else that must be accessed online, it makes sense to use “nonsense” words and phrases for for passwords and login details. This is to help ensure non one will be able to accidentally guess and get into a site without your knowledge or permission.

I did this from the beginning, but with a twist: my nonsense words all contain the first name of one of my family members, along with numbers that may contain their birth month and day, and sometimes a special character or word that I personally associate with them.

For example, if I have someone special in my life named Joe who is born on July 17th and helps me with my writing, I might include in one of my passwords joe0717writinghelp, and the full password might be 818joe0717writinghelp!!!thatsmyjoe. Does this make sense?

As I scrolled slowly through each page, I was reminded of the people who are most important in my life. The nonsense words splashed across my screen and lingered as I touched them. It was as though I was caressing finely cut and gently pressed flowers that someone had taken the time to create as a collage.

Most of these special people live in Europe and many of them were in the family room as I sat working at my computer. I updated one of the websites and then disappeared inside my head for a trip down memory road.

It Began with Mad Money

During August of 2001 I traveled with my former husband to meet our new daughter-in-law and the granddaughter who had been born just months earlier. The visit was short, as we both had jobs to get back to in the States. I fell in love that week, with both the baby and her mother. I promised to stay in touch, much more complicated back then than it is now, and vowed to visit again the following summer.

Less than three weeks later, 9-11 happened and everyone’s life was turned upside down. They were sure neither of us would ever return; I was sure they were mistaken and that it would just take some time for travel to open up again. 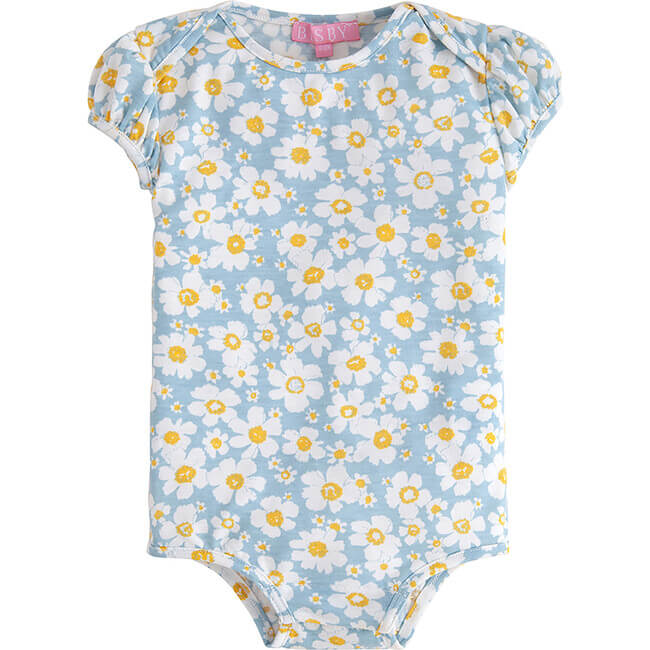 When I did visit again the following summer, everything had changed. My stepson and his wife had divorced. The baby was now a toddler and shuffled between two households. On the final day of my visit she arrived with her new boyfriend to take her daughter back to their house.

I had only a split second to take action. I had brought some things for little Melissa, including some clothes and stuffed animals. For some reason, I had held one item back in a white paper bag. It was a powder-blue onesie, covered with daisies. I would not know for years that daisies were Suzanne’s favorite flower.

At the last possible moment I had stuffed a ten Euro note into the bag and dashed across the yard to say goodbye to them. The boyfriend eyed me suspiciously and I smiled to put him at ease. Suzanne opened the bag to peek inside and I nodded as she took the onesie out and held it up for the boyfriend to see. Then she pulled out the crumpled Euro note and a puzzled look covered her smile. She was confused and I stepped closer to explain.

“Mad money. It’s money you spend for fun – not bills or food or expenses, just for fun. Something for yourself or a friend.”

She got it. her eyes sparkled for a moment, and then faded.

In that moment, a new paradigm was established. She and I could be friends, regardless of her relationship with her child’s father. The boyfriend started the car and I backed away slowly before turning to rejoin my stepson and former husband.

“What was that about?” my stepson asked.

“She is Melissa’s mother.” I answered.

Neither of them said another word about it at the time, but perhaps they already knew that even the Atlantic Ocean wasn’t too big to keep two people from connecting in the future.

Now we’re all headed outside to watch the sun setting and to see the July Super Moon. Even a cloudy sky can’t keep me from smiling.

Twenty years later, and I cannot imagine my life without these people a part of it. Melissa would go on to have five half-siblings in two different homes and is now a young adult starting a life of her own. During my most recent visit I told her about that meeting with her mom all those years ago, as well as the nonsense words I use in my business. My nod to her is a “nonsense words” password that contains Mymelissa!beautifulgirlmay012000! I slipped a ten Euro note into her hand and she was the first one to say, “Mad money. Thank you.”

I’m Connie Ragen Green, traveling the world in search of the people, places, and experiences that will make up the fabric of my life. If you’d like to know more about action habits and the Challenge that is making a difference for so many, please connect with me.