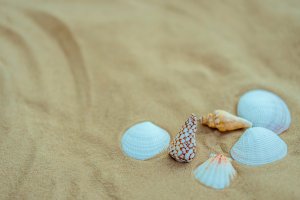 You would think that believing in yourself would come naturally, but that isn’t the case for most of us. My lack of belief goes back to my childhood, while I was growing up in poverty. I didn’t know that word – poverty – until President Lyndon Johnson made it the focus of his State of the Union address on January 8, 1964. He called it the “War on Poverty” and my fourth grade class had to write a one page essay about it. I learned that one out of five people didn’t have enough money for the basic necessities of life while I was writing that essay. My mother whispered to me that we were two of them. I wondered who else we knew who were also a part of this war.

I’m writing this on what I now refer to as “U.S. Thanksgiving,” celebrated in the States on the fourth Thursday of November each year. It’s apropos that I would choose this day to share what I have been able to overcome to build my online business that gives me the time freedom and financial freedom to live the lifestyle I have wanted for so long. Why? Because it was on Thanksgiving Day each year as I was growing up that I was able to imagine a life much more satisfying than the one I was living.

It was just my mother and I. My parents had divorced and we had few relatives, and none of them lived even remotely close to us. Mom did the best she could but there were too many times when we didn’t have enough money for food or clothing or a place to live. I was embarrassed by all of this and did an excellent job of hiding it from the other kids at school. “I’m not hungry today” and “These aren’t bedroom slippers; they’re the new style!” and “We’re staying with friends until we find the perfect house” were the lies I told.

All of this led to me thinking and feeling I was not as good as anyone else. The others were special and deserved to have more, I honestly believed. I walked in the shadows, not knowing which path could take me out of the forest, or if there even was such a path for me.

On Thanksgiving we looked for a place to call home for the day, and every year that door opened with an invitation that would come by surprise at the last minute. In my mind I wanted four things on that day – kind people, a warm house, delicious food, and some unexpected magic. The first three came as a package, it seemed. The fourth one would come from something in the parade.

If you aren’t familiar with the Thanksgiving Day Parade in New York each year I will tell you that it is the biggest and longest running one anywhere. It began in 1924 and they soon added huge balloon characters that mesmerized children and adults alike. The Mickey Mouse balloon debuted in 1934 and by the time I first watched the parade on television in 1960 this was one of the most popular of all.

And it isn’t just the balloons that are so special; every year, without fail they add something new that is pure magic, especially for children. I can remember sitting on the floor in front of the TV in a different house every year, warm and cozy and surrounded by the kind people who had taken us in. My tummy was filled with the most delicious food and as I waited for the magic to appear during the three hour parade I silently prayed for two things; I wanted the kind people to invite my mother and I to spend the night at their home, and for my life to change so that I could provide all of these things for us the following year.

The summer I turned twelve we took the train from Los Angeles to Miami to start a new life. My mother said it would be easier for us, and it was in a way. But we still struggled with having enough money for food and shelter and the basic necessities. That is, until a hot and humid afternoon at the beach changed everything… 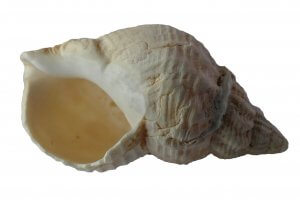 We liked to collect shells along the seashore and on that particular day the shells were larger than we had found previously in our collecting adventures. I can remember squinting into the sunlight as my mother said,

My mother had always been an artist, yet very little work or income had come from this avocation over the years. As soon as we got back to our apartment she took out her brushes and paints and a clean smock and got to work. I brought out my stash of shells from earlier that summer and handed them over. One by one she painted tiny scenes and animals and flowers and designs. And as she painted my idea came to life. She could sell these unique creations to the tourists we would meet each time we went to the beach. It would be the souvenir no one else could possibly have. She smiled and I knew she didn’t have the courage to ask someone to buy something she had created. But I did…

On Monday I secretly put three of the painted seashells in my book bag. Mom always walked me to school and at the corner I kissed her on the cheek and ran ahead to the playground. I turned and waved before I went in, knowing she would be waiting for me to do this.

In my nonchalant manner I took one of the seashells out of the bag and turned it over and over to give the sunlight a chance to dip down and kiss the edges. As I held it higher a few other kids surrounded me to ask what I had and where I had found it. When I told them it had been hand painted by a famous artist they became more interested. As Randy Tepper, one of my classmates and a boy who wasn’t always so nice leaned in a little closer I whispered “I have two more and they’re twenty-five cents each.”

My business had been born that morning on the playground before the first bell rang. Coincidentally, a hot school lunch cost a quarter in those days and I never again went without one unless it was honestly my choice. Painted seashells led to candy bars at a slight markup and I became a cottage industry.

But something much more important was happening here. I was building my confidence and adding some sales skills that would carry me through the years and ensure that I could always provide for my mother and myself. And yes, the tourists bought as many as we had whenever we visited the beach. My sales pitch was refined to the point that I casually persuaded and they insisted on buying from us. It was like magic.

To know me now you would not guess I had overcome so many years of self doubt and feelings of not being deserving of a better life. I choose to remember some of the hard times because it makes me stronger when I face new challenges in my life or business, as are sure to present themselves for all of us. Even though I know where I came from, and I know that as an entrepreneur I will never have to go back to a life where lack and scarcity are regular visitors I still choose to remember. And when I look myself in the mirror each morning the person looking back at me is happy, confident, and successful on my terms. Now it’s my turn to offer hope and solutions to others, and sometimes it begins with kindness, a warm place to stay, some delicious food, and a little magic.

I’m Connie Ragen Green, someone who developed a strong work ethic after discovering that makes all the difference when you’re changing your life. I’m most proud of the results people are getting with my Syndication Optimization training course.