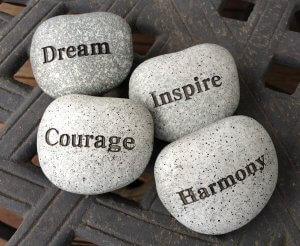 Every once in awhile you meet someone that turns your world upside down and makes you remember why you’re so happy to be alive. This occurred recently as I purchased a car from the greatest salesman in the world, at least in my eyes.

We have now become friends and I am ready to share the story of how we met, what transpired during our first few meetings, and why I think of this song, Arthur’s Theme (co-written by Christopher Cross, Burt Bacharach, Carole Bayer Sager, Peter Allen and performed by Christopher Cross) every time I think of Angel. Yes, that’s his name and yes, he has been one to me.

Once in your life you find him
Someone that turns your life around
And next thing you know you’re buying the perfect car
Wake up and it’s still with you
Even though the car lot is way across town
Wondering to yourself, “Hey, what’ve I found?”

Before I go any further with this I will tell you that I expect miracles to occur every day in my life. Because I am waiting for them to happen and because I do something called “segment intending” related to setting intentions for what I wish to achieve, miracles show up regularly. Angel is one of those miracles in my life and this is the story I wish to share with you…

During December of 2019 I thought about purchasing a car. Instead of leasing a vehicle as I’ve done for over a decade this would be a car that I would purchase and keep. I thought back to the last car I had owned that was truly mine and not on a lease that had an end date. It had to be a Honda Accord I drove while I was still working as a classroom teacher. It wasn’t possible for me to lease a car in those days because I drove too many miles. I worked simultaneously as a real estate broker and residential appraiser while I was a teacher in order to make ends meet.

This car wouldn’t be exotic or flashy or racy. It would be a simple car, a sensible car for someone who had the confidence to refrain from buying something for the purpose of showing off in any way. I’d been there and done that for four decades with corvettes, Mercedes’, and BMWs. Thinking back, I realized I was happiest when I drove simple cars, coupes or sedans with a back seat for three and a bigger than average trunk.

It was a Thursday afternoon in January and the sun was high in the sky. As I was driving home from the post office I turned left into the Toyota dealership and came to a stop. With no one behind me I had a moment to make my decision; would I turn right and look at new cars or left into the used car lot?

A sharp left and the car I have borrowed from a family member lurches into the used car section. I pull into a parking space designated for visitors and glance over to see if there is a salesman on approach. I say sales MAN because it seems that fewer women are considering a career in car sales these days, even since three decades ago when I took positions at two different automobile dealerships and had my turn at meeting customers, finding the right car for them, and assisting them through the financing process. This typically took three to fours hours and if you were successful that meant the car was “sold and rolled” and you went on to the next customer. During the week you were fortunate to make one sale a day; on the weekends you could expect to finalize three or four during your shift.

There is a popup canopy with four or five men standing under it to shade them from the sun. Either it’s Angel’s turn to be “up” for a customer or the others have dismissed me with their quick glance as I emerge from my car. His sweet smile lands on me and he extends his hand. It’s a firm handshake. A grip that tells me so much. I am reminded of the John Carpenter film Starman where the character played by Jeff Bridges has the power to touch someone and know everything about them and see into their soul. I gaze into Angel’s eyes and can see his generous heart and incredible future.

I did not buy a car that day. I didn’t even take a test drive. But when I returned over a week later, as I promised I would it only took one test drive and a couple of hours for me to become the latest “sold and rolled” for Angel. How and why did this occur? Because Angel has strong skills and the power to sell. He is the most competent salesperson I’ve encountered in decades. Here are some traits that either come naturally to him, or that he has incorporated into his consciousness:

Angel has told me he isn’t sure what will be next for him if and when he decides to move on from auto sales. But in the meantime he is learning as much as he possibly can from the people and situations he encounters and is willing to stretch out of his comfort zone whenever an opportunity arises. His life is full of hope and joy and he is destined for great success in whatever he chooses to pursue.

And being the great salesman that he is, Angel always asks me how I am enjoying the car soon after we speak on the phone or talk in person. He is aware that this sale was the beginning of our relationship and without it we would not be connected.

The message I want to leave you with is that we must live a life that is fuller rather than faster. And when you find your “one thing” that is important to you and from which you will build upon over your lifetime, play full out and make it happen. It’s worth it. You are worth it.

I’m Connie Ragen Green, getting lost somewhere between the moon and Santa Barbara. Won’t you join me on this quest for order among the chaos and  organization in a world where entropy reigns supreme?