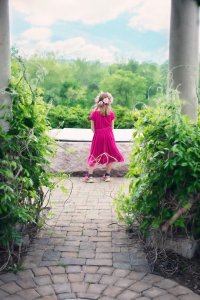 She was a sensitive child. No one could say exactly when it started, but it had never been so obvious as on the first day of Kindergarten. She cried so hard on the walk back home her mother had to pick her up and carry her. The sobs brought on the hiccups and she was covered with sticky, wet tears mixed with mucous and bits of the peanut butter sandwich she hadn’t finished at recess.

Once at home she was plopped into bed, shoes and all, where she slept until the white Persian cat who didn’t belong to them but was allowed inside from time to time purred in her face and woke her up ninety minutes later.

He mother attempted to console her and to get her to open up about what had occurred at school. She hadn’t been injured, at least not physically but something was definitely wrong. Her thick hair was in her face and she didn’t even try to pull it away. When her mother reached out slowly and gently to touch her face she began to cry again, more of a whimper like an injured animal might let out and that was worse.

After taking a few bites of her favorite dinner, Kraft macaroni and cheese from the box carefully mixed up with some canned peas on sale for twenty-nine cents at the corner market and she was ready to talk. There was another girl, no, she didn’t know her name and when she had wanted to climb the monkey bars with that girl and the girl who lived down the street, Mollie was her name, the other girl she didn’t know told her she couldn’t climb up with them and they didn’t want to play with her and Mollie had said nothing and there she was in the middle of the play yard, all alone except for the other kids in her new class who were all playing with each other and she was the only one who didn’t have a friend to play with and the sobs came out like the rush of a big wave crashing to the seashore, the foam coming up further and further as the salty water returned to the sea.

This was all revealed in one long-winded burst and by the time she got to the end she was gasping for breath and her nose was running and her mother said to her the only words that could make it any worse,

“You are such a sensitive child.”

With this statement she began to wail and not even hearing the theme song from a new episode of The Mickey Mouse Club coming from the living room, just steps away could help draw her attention away from herself and towards the characters and the story they were sharing from within the television set.

The sensitive child was me, of course. I was also a loving child who enjoyed dressing up and spending time in nature and daydreaming. Yes, I’m an introvert and this trait revealed itself early in my life as I experienced more joy and comfort from being by myself or with my pets and other creatures than with other humans. It was safe in this cocoon I wrapped myself in where no one could hurt my feelings and the world was always sunny and bright.

I’ve now spent half a century developing a thicker skin and a more positive attitude and perspective on this aspect of my personality. I’ve been able to go for long periods of time where I honestly feel like I have it under control. That’s until someone says or does just one thing that takes me back in time to when my feelings were so easily hurt and I felt like I was all alone in the world.

This past week I received a double whammy. I was invited to a backyard gathering by a couple I have spent time with about every two weeks since the pandemic got out of hand. Everything was fine until another couple arrived. They were not wearing masks and insisted on getting close to the three of us who had arrived earlier. Twice the woman said that she had a mask in her car, but she made no effort to go and get it. When I stood up to distance myself from her she said that I was making her feel guilty. I could have replied to that comment, or left the gathering, but I decided to stay and keep my distance. I was left feeling that I was not safe in this environment and excused myself at the earliest possible moment.

Then a day later someone I was attempting to do business with on the internet sent me a message that I had sent the wrong link out to my list and that my people were not opting in to her list but instead going directly to the replay. I was taken aback, first because I do not know this woman well and made the mistake of not being clear about how I do my affiliate promotions when there is a webinar replay, and secondly because the way I market is extremely effective and is the only way I have ever done it since coming online in 2006. If something works, and works well there is no reason to do it another way, especially when I can see the flaws in the other system based on my ongoing testing and my experience.

I apologized and said that I was used to doing my promotions in a different way. This led to more things being said by each of us, written back and forth in Messenger and with gaps of time in between because I’m only online for a few hours each day. The result was that my feelings were hurt and both of us were becoming defensive. To add insult to injury she insinuated that her method of marketing had worked well with everyone else and that she had made lots of sales while I had made very few.

The sensitive child is now an adult, and a successful business woman as well. I pulled back to evaluate the situation and to react in a more mature way with the next encounter we are sure to have.

The primary difference is this case is that I have the choice of whether to stay connected to this person or not. In Kindergarten I had to go back to school the next day and face the situation head on. Mollie gave me a hug when she saw me the following morning and she and I met two other girls with whom we became fast friends. The girl with no name found some boys to play with and showed herself to be the class bully. Life lessons are learned early on and that first week of Kindergarten taught me that an old friend is worth gold and new people must be given a chance to prove themselves before being accepted as friends or distanced from for good reason.

Perhaps I’ve been spoiled working online for so many years. Ninety-nine percent of the people I’ve encountered have been wonderful to me and to those in my community. The other 1% have fallen away over time, even though I have been known to block a few on social media, ban them from my list, and vanish them like the Native Americans do by not ever saying their names out loud again.

As for my being a sensitive person? I love myself the way I am and wouldn’t change a thing. Having the ability to feel deeply makes me much kinder and more empathetic than the average person, I believe. I stand up for myself and for others, am a defender of children and animals and those who have been marginalized, and have developed a reputation for caring deeply for all living things. While I do not think of myself as an empath, caring for others is one of my core values. And if someone confides in me that their feelings have been hurt I understand what they are feeling in a deeply personal way.

While I was a classroom teacher I remember the day a child came running up to me, took my hand, and pulled me out on the yard to help. I went with him willingly, not knowing what type of help was needed but ready to be of assistance in any way possible. We came to a stop next to another boy who was curled up in a ball on the asphalt. I helped him up and gently pushed strands of his long, dark hair out of his eyes, revealing the sweetest face and the softest brown eyes I had ever seen. His name was Rio, meaning river and the streaks on his face showed that he had been crying a river. I sent the others away, except for the boy who had come to Rio’s aid by coming to get me. The three of us sat down on a bench in front of the handball courts to sort things out.

Someone had been unkind to him. Then there were two more kids and they had ridiculed him by making fun of his name and his longer than average hair. Then one of them pushed him and he had fallen down and chosen not to get back up. That’s when I had found him curled up like a snail retreating into its shell after being bothered by a human or other creature. The solution was to tell him that I would always be there for him while he was at school. I made a big deal of praising the other boy who had run fast across the yard to find me and he beamed from ear to ear. They made a pinkie promise to look out for one another forever. Rio stood tall and thanked me for helping him. I smiled and thanked him for giving me a chance to help. I recognized him as a fellow introvert and a “sensitive child.”As the two boys walked away I wiped a tear or two out of my eyes and thanked God for creating me as a sensitive child who could recognize and help others dealing with this. 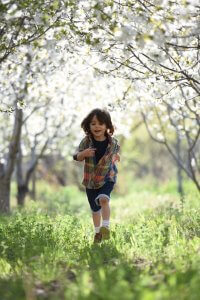 We never know what has happened in someone’s life to make them be mean or unkind to another person. I don’t think it matters in the bigger picture of life. I do know that hurt people tend to hurt other people. There is no excuse for bad behavior, from anyone of any age and in any situation. Some of us are more sensitive and take things to heart more deeply than another person might. Life can beat us up at times and it’s always a learning experience. Love is always the answer and paves the way to greatness.

I’m Connie Ragen Green, a sensitive child turned sensitive adult who prides myself on being in the right place at the right time to help others. If you’re ready to start a simple, yet profitable online business take a look at my popular training called 3 Day eBiz and get started right away.