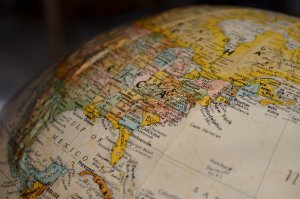 Shifting My Thinking and Mindset in 17 Seconds a Day

Life is a journey. For decades I insisted on focusing on the destination I had in mind instead of embracing the experiences I would have along the way. At age 50 I realized my life was not anything like I had envisioned it would be by this time and I set about to learn what I had missed and to make up for some of what I had lost. I’m still enjoying this journey and I now understand that it was the destination that was important all along.

As a young adult I started having the “victim” mentality where everything I experienced was the result of something that someone else was doing to me, instead of my taking full responsibility for my part in every interaction. I was also struggling with communication skills and would always think later about what I had said and how I could have reacted to someone in a different way. At some point I believe I gave up on my dreams of happiness and success and moved into existence mode. Then I traded those dreams in for a paycheck and a half-life of sorts. This is not an ideal state to live in and leads to low self-esteem, lack of confidence, and a life unfulfilled. When I think back to this time during my 20s, 30s, and into my 40s I realize I was in a very dark place with very little light at the end of my tunnel.

On a spring day in April of 2005 I found myself awake much earlier than usual. Attempting to turn over and go back to sleep until my alarm would go off an hour later, I gave in and got up out of bed. I was aware almost immediately that something was different than it had been previously. My senses were exaggerated to the point of being almost cartoonish. When I took my dog out for a walk the colors were brighter, the smells were fresher, and the sounds were more clear and practically bionic in nature. It wasn’t obvious to me until a few hours later that something had occurred that was allowing a shifting in my thinking and mindset and that my life would never be the same again after that day.

“Each morning we are born again. What we do today is what matters most.” ~ Buddha

At this time of my life I was working as a classroom teacher during the weekdays and then working as a real estate broker and residential property appraiser after school, on the weekends, and during my breaks from the year around school where I taught. My life was not a bad one, as I had work that kept me interested, enough income to own my own home and to care for my elderly mother, and some friends and activities I enjoyed. But I was most definitely not living up to my potential.

That would have required me to step up and get out of my comfort zone in a way that scared me and kept me in my small life, existing instead of fully living. It was safe and each day was just another example to me of the life I did not have and believed I would never have for many reasons. These “reasons” were simply excuses and nothing more, brought about due to the lack of responsibility I mentioned earlier. Whatever happened, I was not to blame because I was simply the innocent victim who was often misunderstood and used as a scapegoat by bullies and people who were only looking out for themselves. It was a sad situation and I continued to just make it through each day. By the early evening I was worn out and ready to watch television and go to bed.

One year around Christmas there was little real estate work because of a downturn in the economy. I took a part-time job at J.C. Penney at the shopping mall in my local community where I was living at the time. The job was to be for four weeks, checking in merchandise as it was received and then preparing it to go downstairs to the specific department where it would be sold. Prior to this I didn’t even know this store had a fourth floor because it was off limits to all but the employees who were assigned there. It was the beginning of winter and the days were short. I was scheduled to work six days a week from nine until five so it was always dark when I left for the day. When I had finally taken the elevator down to the first floor to go out to my car I would experience a moment of sadness. I can remember thinking on the way home how I would be glad to get back to teaching and real estate where my days were brighter and the income better.

Perhaps my outlook on life was improved after this experience. I returned to school with a grateful heart and saw my situation in a new light and from a different perspective for the first time. This feeling was the impetus for me to make some changes that would ultimately change my life forever.

The following year I decided to do some reading and began listening to recordings from people like Wayne Dyer and Joseph Campbell. I visited Agape in Los Angeles for an early morning service. I found people to talk to about what I was experiencing and how I wanted it to manifest. I learned that my thoughts turned into feelings and that those feelings formed my beliefs.  Those beliefs gave way to my actions and those actions manifested the results that were tangible and long lasting. No longer could I play the victim and blame anyone or anything for what was showing up in my daily life. I was responsible for everything – hurricanes, cancer, accomplishments…everything.

This caused me to step back and examine where I had been and where I was going. If I simply remained in the state I was in then my life would roll along like a locomotive. It could roll smoothly and I could enjoy the scenery. Or, it could lurch forward, out of control and jump the track, leaving carnage in its wake. It was my choice. My choice. My thoughts, ones that I chose to entertain and expand upon and shut out were guiding me along a magical path or a green mile. With a simple breath I could inhale everything I wanted in my life experience or exhale all the goodness into a polluted cloud. I had within me the power to control each moment, and in so doing I was the keeper of my heart, mind, and soul.

Yes, I would take the challenge. I was ready for it and would be up to doing whatever needed to be done. This was my moment and it would be followed by billions of moments of my choosing. It was like winning the spiritual lottery and my thoughts could produce a winning ticket every time.

No longer would I be the person who quit before I got started. I became a listener and a learner and an action taker in one fluid movement. These were the lessons I insisted on learning over and over again until they would become a part of my DNA…

First, I discovered that the way you interpret and understand every part of your world directly affects your beliefs and the way you live your life. Perception creates bias as much as it creates understanding and I became determined to perceive the world as a good place filled with people who have the best intentions at all times. If someone isn’t living up to my perception of them, then it is me who must initiate the change by shifting my thinking and my mindset.

Then I learned to be present in the moment at all times. The past no longer matters and the future has yet to occur, so our focus must only be on what is right in front of us. Past behavior and experiences are not a predictor of things to come. Let that belief fall into a bucket you fill with thoughts that are not serving you now, haven’t served you in the past, and most certainly will not serve you in the days and years to come.

Finally, I came to understand that we must only do what we love each day and love what we do. In my business this translates into not doing tech or clerical work because I’m not good at it, do not enjoy it, and have better ways to allocate my time. Most importantly, if I attempt to do these things myself, I am taking away the joy and the livelihood from someone who plays at what I am struggling with doing. This shift alone has made me happier and more wealthy than I ever could have imagined. Shifting my thinking made all the difference! 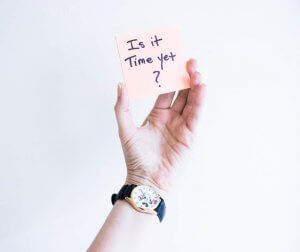 Over the years I have embraced many strategies and concepts to enable shifting my thinking and mindset towards a life I am proud to be living. One of these is known as the “17 Second Rule” where you hold a pure thought for seventeen seconds in order to train your brain that you mean business. Choose a positive thought and visualize it coming to fruition for seventeen full seconds. It’s more difficult than I’m describing here but it becomes much easier with daily practice. The goal is ultimately to double the time with a second, similar thought and then double it again, so that you are holding your connected thoughts for a full 68 seconds. That’s when the magic happens and it continues to amaze me that this is so powerful a way to begin shifting my thinking.

I challenge you to read this article over again from the beginning and decide if anything I’m sharing here holds the possibility of your changing your life in a drastic, yet possible way. If so, please reach out to me so that I may share even more ideas with you on how you can live the life you want and deserve.

I’m Connie Ragen Green, emerging from the dark and into the light and making the most of each waking moment. Come along with me, if you will to discover the joy and abundance life has to offer all of us while we are here on the earth.