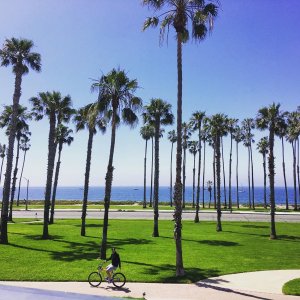 Storytelling is the oldest form of communication that holds as its intention the hope of passing down ideas and concepts to those who will come into the world after we are long gone. Before there were written symbols there were stories and I imagine what it was like for cavemen to sit around the camp fire sharing stories between themselves. These were stories of hope and despair, kindness and cruelty, and of feelings and emotions shared by humans throughout the world. The art of the story is a piece of our DNA that makes for a common thread throughout civilization.

As a child I can remember the adults around me asking each other “What’s your story?” in regards to how they had spent their time while away from the others. Sometimes I would understand the points being made by the storyteller and other times it went right over my head. But I could always understand the emotions that were being shared and how it made me and the other listeners feel.

This idea of having both storytellers and listeners is an important one. There is no story unless we have at least one person on each side. And sometimes the story becomes interactive when the teller or tellers ask the listener or listeners to add to the story.

Do you ever think of your life as an ongoing story, and one that you have the ability to shift and change over time? This is an important part of what I am sharing here, in that we all possess the power within us to live the story we create.

In my early life I believed I was subject to the whims and choices of the adults in my life. As a teenager I took more responsibility and used my freedom to create a life more to my liking. As a young adult I made choices based on what I wanted, but I allowed my choices to be limited to what I thought was possible. I missed many great opportunities with these limiting beliefs. By the time I was thirty years old my life was one based more on existing than truly living. I was allowing others to write and tell the story of my life, as though I were an actor in a play and many times a victim on some levels. This did not serve me and I was able to reinvent myself at age fifty to be the writer, director, producer, and star in the story of my life.

“That’s my story and I’m sticking to it.”

This phrase predates anything I could find about it and may have come from stories taking place at a police station where a suspect is being interrogated and tells their story. At the end they may add “that’s my story and I’m sticking to it” to state they have said all they are going to say, even if some of what they have shared may have been untrue or inaccurate. At some point this became an extrajudicial saying.

Singer and songwriter Jimmy Buffet released an album in 1989 called Off to See the Lizard in 1989 where this was the title to one of the songs. And in 1994 Collin Raye released a song called That’s My Story where this phrase is included throughout the verses and chorus. 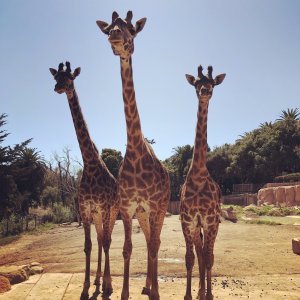 The Art of the Story to Connect with an Audience

When I first came online as an entrepreneur in 2006 I was often asked to share my story. I realized that people did not know me or my name and that I would need to share something about myself to make sense of my sudden appearance in the online world. None of us has arrived by dropping out of the sky and the story you tell is important in defining who you are and what you represent.

My story is that I had been working as a classroom teacher for twenty years before deciding to become an online entrepreneur. During those two decades I had worked simultaneously in my real estate business as a broker and residential appraiser. I had intended to give up real estate when I earned my teaching credential, but a union strike at the end of my first year in the classroom convinced me I should maintain both careers. This would ensure that I had enough income to cover my own expenses, as well as to be able to help my elderly mother who was living on a meager monthly check from Social Security that barely covered the rent on her apartment.

During this period I had survived cancer more than once, as well as a serious work injury. I was exhausted from working six or seven days a week and still not having adequate savings to enjoy my life more fully. All of this led to my yearning for a new life. I prayed for a way to “work from home, from my bedroom if necessary to meet all of my financial obligations with grace and ease.”

The year after I got started with this new life and business I attended a conference in Los Angeles, just a couple of hours from where I lived. When I arrived I signed in and then observed small groups of people getting to know each other. The conversation coming from one group caught my attention, as they were talking about a woman who had been a school teacher and was now making a name for herself on the internet. I moved in closer to find out who they were talking about, only to discover they were speaking about me!

No one had recognized me because I was not yet making videos and had few photos of myself anywhere online. In that moment I understood the power of storytelling and the art of the story as a marketing tool. The conference that weekend solidified my place in this new online world and helped me to refine my story even further from that day forward.

I am reminded of the Grateful Dead song Terrapin Station, the one that connected them to a worldwide audience who followed them everywhere to hear the stories transformed into music that stayed with you forever. Here is a verse from this song I particularly love:

The sailor, coming out again, the lady fairly leapt at him.
That’s how it stands today. You decide if he was wise.
The story teller makes no choice. Soon you will not hear his voice.
His job is to she’d light, and not to master.

Since the end is never told, we pay the teller off in gold,
In hopes he will return, but he cannot be bought or sold.

Storytelling for Authority and Credibility

When I share my accomplishments and ongoing projects with others, this builds both my credibility and my authority. The people I mentor understand this concept and I love watching them follow in my footsteps. You can do the same thing by mastering the art of the story for yourself.

The word authority is defined as the power or right to give orders, make decisions, and enforce obedience. Additional definitions include a person or organization having power or control in a particular, typically political or administrative, sphere and this third one that applies best to what I am sharing here:

Authority is the power to influence others, especially because of one’s commanding manner or one’s recognized knowledge about something. It’s the confidence resulting from personal expertise a person with extensive or specialized knowledge about a subject; an expert.

In my thinking, if you wish to be perceived as an authority you must become an author. I have now written more than twenty books and in each one I tell my story, in regards to the topic I am writing about.

Both words – author and authority – come from the same French word auctor, meaning creator or author. This began with the definition of  “father, creator, one who brings about, one who makes or creates” someone or something.

Authority at first meant a reference to an author. Think of “he is an authority on the history of jazz”, or “he spoke with authority on the subject.” The meaning then drifted to include our present sense of command and control.

I challenge you to step into your power as an author and an authority to claim the credibility you deserve. Share your stories orally and in written form to allow others to see you from different perspectives. And be ready to become a leader in your field as more people come to know you through the art of the story you are willing to tell. 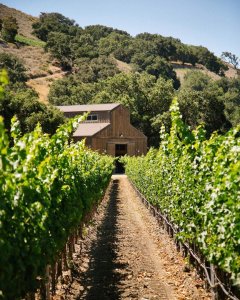 I am Connie Ragen Green, storyteller extraordinaire and entrepreneur. Follow me anywhere to read and hear the stories that have shaped my human experience.