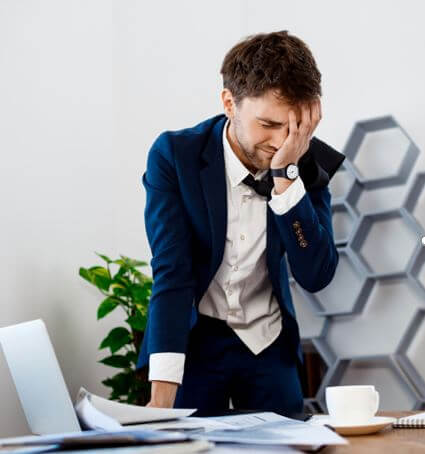 Imagine I give you instructions and a map to a goldmine. This map and instructions tell you EXACTLY where the mine is hidden, what to bring to the mine, what to do when you get there and everything you need to know to become rich. You wouldn’t even entertain the idea of finding strategies to fail in a big way at this point, right?

But the problem is, you can’t find your own front door. You just keep bumping into walls and bumping into more walls until your head hurts and all you want to do is watch television and forget about the goldmine.

That’s what’s happening to many people today. They buy a program on how to build a business online. They read it over and they know they can do it. But instead, they just keep bumping their head on the walls and wondering why they never reach success. They figure out strategies to fail in a big way, and that’s exactly what they do.

The reasons they’re failing aren’t complicated, and in fact they’re about as simple as can be.

My question to you is, which of these are YOU guilty of? And what will you do to stop these habits and go find your own goldmine?

Because if you want to hit the big time and have great successes, you’re first going to have to learn how to get out of your own way. There are more ways to fail in a big way than you could ever imagine, so let’s turn that around so you can succeed in a big way instead, shall we?

1: They have no clear purpose – If you don’t know what you want, you’ll never get it. Decide what you want, write it down in detail and reread it daily.

2: They don’t plan – once you’ve got your purpose, you can create a proper plan for achieving that goal. The plan doesn’t need to be perfect or include every small step along the way. But it should be enough to do two things: Get you to your goal and also get you started on the first step.

3: They look for reward without work – Some people want the outcome but they don’t want to work for the skill. New skills are acquired over time by learning from others as well as trial and error and businesses take a lot of effort and time.

For example, people who want a million dollar online business starting immediately are going to be sorely disappointed when they realize that online marketing is a skill that takes time to master.

There are no push button get rich methods to fall back on, but if you’re willing to put in the work to learn new skills, you can almost certainly build a lucrative business over time.

4: They’re rigid and won’t pivot – Imagine chasing a vein of gold through the mountain. You spend six months trying to find it. Then one day when you’re out for a walk you see something sparkling.

An hour of digging and you’ve already found more gold than you have in the previous six months. Do you stick with the old mine or pivot to the new one?

You’ve got a new business idea and you’re working hard to achieve it. The problem is there’s no demand for what you want to create. You could stick with it and try to educate people on why they should want what you have. Or you can pivot and offer them what they want.

It’s not easy to pivot when you’ve already spent a great deal of time and money on the project and the people involves, but sometimes it’s exactly what you need to do in order to move forward. 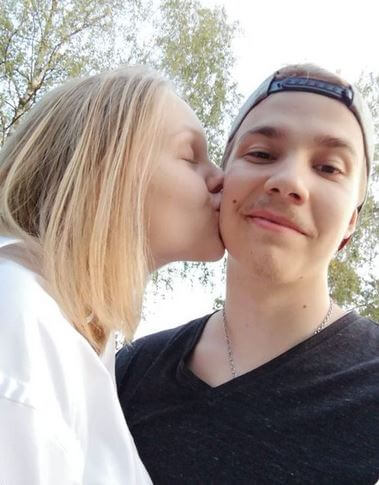 5: They’re not mentally prepared for failure – failure is part of success. Just as you can’t invent a light bulb without first finding a lot of ways it won’t work, business and life can bring missteps before success. You try something and it doesn’t work. Maybe you feel stupid. Maybe you even look stupid if you did this in front of other people. Instead, work on building your resilience and mental toughness and try that on for size.

If you’re mentally prepared for setbacks, then you know this is simply part of the process and you keep going. But if you crawl into your shell and hide at the first sign of trouble, then you’re never going to be successful.

6: They care what others think and say – it’s easier to swim with the flow, to do what others expect of you and to never rock the boat. To heck with that because it’s dull, monotonous and will get you nowhere interesting. Instead, take full responsibility for your life and soar above the clouds!

If you want to succeed, you’re going to have to swim against the current, do things that get you criticized by others and not give a darn.

7: They lack perseverance – I suspect that more people fail because of this one flaw than any other. Think about it… if you never give up, then it’s almost inevitable that you will succeed. To put it another way, many people stop just inches short of gold and go home.

8: They lack confidence – it doesn’t matter how much you know or how much talent you have. If you don’t believe in yourself, you’re probably not going to be successful. Believe in your goals and your ability to reach them and know that you will figure things out as you progress.

9: They don’t network – if you don’t invest time in building strong relationships with those who can help you, then you will miss the majority of opportunities that could have come your way. This one tops my list of strategies to fail in a big way.

10: They’re easily distracted – if you can’t focus on what you want to accomplish, then you’ll never OH LOOK A SQUIRREL! This is referred to as “Bright Shiny Object Syndrome” or BSOS. Related closely to this is the feeling that something else needs to be completed before you can work on something just for you.

For example, anytime I would sit down to write, I had this nagging feeling that dishes needed to be washed or some other chore done before I could focus one hundred percent on what I was writing. Now I know that was my way of giving myself permission to procrastinate and it was related to my lack of self-worth at the time.

10.5: They rationalize – Winners analyze what went wrong. Losers rationalize and offer excuses for why they don’t succeed.

Do your best to learn everything about what happened and why it happened, and then use that knowledge in your next attempt.

Now here’s the real problem: I’m guessing you already knew most of what you just read, and yet it’s possible you are still guilty of one or more of these obstacles to success.

What should you do to avoid giving in to strategies to fail in a big way?

It’s up to you, of course, but what you might do is choose the one you think you most need to work on, and then devise a simple plan to change things.

For example, if you’re not networking (number 9) then you might make contacting one new person each day your next goal.

Because little changes, performed daily can have a tremendous impact on your life and your success over time. Habits and routines changed my life for the better, and this could be the way for you to begin reaching for the success you want and deserve, instead of embracing strategies to fail in a big way.

I’m Connie Ragen Green, no longer willing to fail in order to avoid reaching my full potential. Come along with me, if you will and I’ll share the secrets of life with you and be your biggest supporter as you create a life by something referred to as “lifestyle design”. And please join me for my complimentary Action Habits Challenge so you may get started right away.