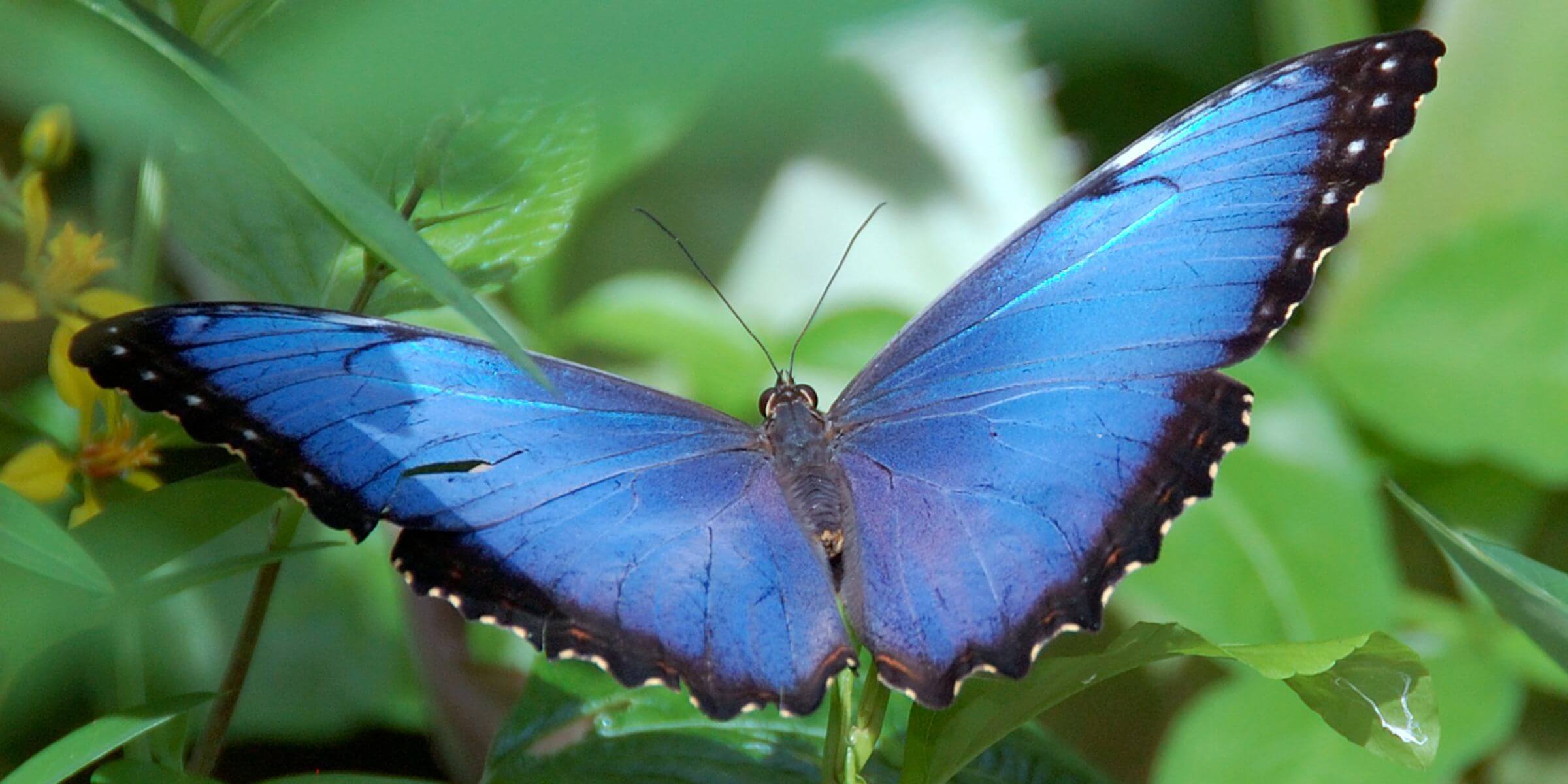 The Prescience of Choice

In the beginning of the year he had promised to visit as soon as his schedule would allow. It was the last Saturday in January when he arrived on the afternoon train, carrying the baggage of a hundred years in a brown canvas duffel bag. He almost missed the last step as he floated onto the platform and met her gaze. She reached down to offer assistance, but he gently guided her hand up to his face. Taking her outstretched fingers into his palms, he covered her face with delicate kisses. Then came the awkward moment, where it became obvious that she could not feel the same.

“It’s so good to see you again.” His words hang in the air until she finally answers. “You too.”

The usual crowds at Union Station have thinned, but not so much as would be noticeable to the casual observer. People glide nonchalantly through the tunnels and into the main foyer where the sunlight shines brightly through the glass. The small crowd gathered near the front entrance provide a welcome distraction and the steady cacophony allows her to maintain silence within the din of train engines and announcements. They had previously planned to walk over to Chinatown for dim sum at the Golden Dragon. But his train hadn’t been on time and now it is too late. Perhaps they’ll grab a bite on Olvera Street instead. They simultaneously put on sunglasses as they pass through the double-doored main entrance and onto Alameda Street.

The usual bustle of people and vehicles move in slow motion now. It had recently arrived and was already blanketing the landscape with an invisible veil of film. It wasn’t discussed because there wasn’t yet anything of interest or importance to say. Crossing the street, they pause at the El Pueblo de Los Angeles Historical Monument, then take a sharp right to enter the Olvera Street pedestrian mall. The goal is to make their way to one of the eateries without getting too close to anyone. Mission at least mostly accomplished, they sit down at an unoccupied table. Somewhere within earshot, a Mariachi band’s cover of “Sweet Caroline” echos through the narrow walkway and the singer’s voice permeates the air. She offers her hand and he reaches out to meet her fingers without hesitation. Hands, touching hands, and good times never seemed so good.

On the car ride back to her house in Santa Monica, she graciously tolerates his hand brushing against her thigh… She’s become Cracklin’ Rosie and perhaps together they can set the world right. Someone needs to stand up and take charge. Somebody needs to do something. She slumps back in her seat and exhales a deep sigh.

The spring is short and filled with harsh new realities, and the summer seamlessly blurs into fall. The L.A. heat doesn’t feel as hot and the drought doesn’t seem as dry. Life is slightly out of focus and going through the paces each day is softened through complacency. Some have withdrawn, while others flourish and take it all in stride. The new vocabulary and rules mark the beginning of choosing sides and forming opinions based on little more than personal beliefs, now revisited and refined. Two camps emerge and those you had once believed to be like-minded could transform into the enemy with a single glance, or statement, or action. It’s koyaanisqatsi, on steroids.

She’s conflicted on most subjects and she isn’t alone. There are weddings and funerals, on Zoom for those who can afford it. And births, of course, with few in attendance. Some take solace with the familiar, while others search for meaning in experiences as yet unexplored. Portable morgues are brought in, cooled using diesel fuel and providing for refrigerated body storage.  Shifting focus from the rigid new rules, former traditions and rituals take on new meaning. One doesn’t need a violinist in a tree to know that change is not the only thing in the air.

Schools will remain closed and she wonders how she’d had the prescience to renew her teaching credential after so many years out of the classroom. She was running two cohorts with a total of five students from three families. He had long since returned to New York City when she called to ask for his help.

“I’m so glad I caught you before you left for the day.” She wants to sound sincere but is sure it’s coming off as wanting something from him when she has no intention of giving anything in return.

“I’m still working from home. I mentioned that in my email. Did you see it?”

She pauses, attempting to read the meaning in his words. “No. Yes. I read it quickly and must have missed that part. I’m working with some students and could use your help with their writing.”

“Yes, of course. Anything you need.” He answers before she stops speaking. It had been a mistake to call him. But she would accept his help and justifies it by reminding herself that he thrives on helping others achieve their writing goals.

There is a change in the perspective of the people as the election draws closer and the numbers climb exponentially. Blame is placed without thinking it through and tempers flare in public places. Masks and gloves and sanitizing everything morphs into a mass exodus of what had once been a part of daily life. She’s gone to several backyard bar-b-ques hosted by friends and neighbors on innocent weekend nights. Afterwards she had retreated into herself even more deeply than before. A dream about being vaccinated and dying in the doctor’s office wakes her up in a cold sweat. It was just a dream, she tells herself over and over and eventually she comes to believe it.

She snaps back to the late 80s, when she was first in the classroom. Room 5 had been a safe space, until asbestos fumes made their way through the inner walls and the linoleum flooring and infected the cellular tissue of five teachers in that wing of the school. Lungs and breasts and thyroids would be ruined and lives forever changed. They’d seen it coming for a decade and chose to ignore the future. They. Them. Those people whom you no longer associate with or tolerate.

Now she’s thrust forward to December of 2019 on the balcony of her postage-stamp sized cabin with an ocean view. The Diamond Princess offered all the amenities and the cruise went on and on… She recalls listening to “Dream a Little Dream of Me” playing over and over on the ship’s only operating channel.

By the first of the year, the world has become a sea of paradigms and constructs and the clichés are confused with the facts and the science. One day the weight shifts from the left foot to the right and the energy in the room where it happens sucks the oxygen out of the plaster and framing. She knew long ago this day would arrive and she closes her eyes to prepare for what was always intended to come.

She calls him past midnight and he answers before the second ring. He listens as she sobs. She doesn’t want to die without experiencing what it’s like to be with a man who deeply and honestly loves her. His silence is followed by the words she thought she wanted to hear and the agreement is solidified before morning’s light.

He still doesn’t fly, so it will be four days before his train arrives. She waits in the car until he’s tapping on the passenger side window with keys that shake her out of her daydream. Was he always so tall? Yes, he’ll drive. No, she isn’t hungry. Yes, she wants to go straight home. She wants this, is ready for this, and will spend eternity being the person she’s always known she can be. For herself, but he will be the deserved beneficiary.

He’s deep in research on a piece he’s writing about the long-term effects of redistricting and gerrymandering on voting rights in the States. Lost in his thoughts he blurts out “They’ll try anything!”

“Shh…I’m writing.” She whispers in her most sultry tone, closing her laptop and leaning back against the headboard. Awaiting his response, she falls easily into his rhythmic embrace, helplessly hoping they will be two together and for each other from this day on.  There’s a future in front of her, she believes, and that’s always a choice.

I’m Connie Ragen Green, eagerly hoping for the best and expecting it to arrive on the next spaceship. My bags are packed and I’ve said my goodbyes.