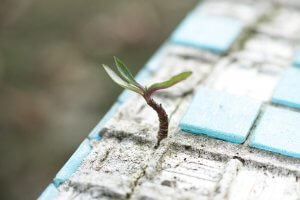 Hope begins deep in the heart and soul and mind and then flutters like a butterfly out the window and into the outside world. There, it can either motivate and inspire or fall on deaf ears. When people lose hope there will be unrest, at home and in the streets. So how can you make sure you always have hope in your heart and mind, for all occasions and in all instances?

During 1733-34 English poet Alexander Pope, considered to be the foremost poet of the early eighteenth century penned a poem entitled “Essay on Man.” You may be familiar with this excerpt:

Hope springs eternal in the human breast:
Man never is, but always to be blest:
The soul, uneasy and confin’d from home,
Rests and expatiates in a life to come.

I was a child of the 1960s, being raised by a mother who was a free spirit. She was creative instead of logical, and funny instead of serious. There were many times as I was growing up when I wished she was more like every other mother I knew. And then there were the occasions when I appreciated her for her most outstanding quality; injecting regulars doses of hope into my life and in the lives of those around us and serving it up by the spoonful as needed.

We were poor, and I was aware of our circumstances from a very early age. This came primarily through my own comparison of the material things we lacked, like a car and a telephone. That’s when the storytelling began. I said that my mother didn’t drive because of all the crazy people on the road, and that we didn’t have a phone at home because we didn’t want people calling at all hours of the day and into our evening hours when we were watching our favorite shows. I omitted the part where we walked or took the bus everywhere we went and that I would sit on the sidewalk down the street to do my homework so I could hear the pay phone ring if one of my school friends called me.

My mother spoke of people who were as poor as a church mouse, needy, or destitute, but I would never have imagined she was including us in those labels. And though I knew on an intellectual level we didn’t have two nickels to rub together and were poverty-stricken, deep in my soul I always knew our situation was a temporary one and that we would not be as poor as Job’s turkey forever.

Hope for a better future, one in which all of my dreams would be realized was the impetus for my strong thought system, and led to my beliefs and actions unfolding in a way that would lead me closer to my goals.

The euphemisms marched in at some point and then I was referred to as being “underprivileged” and “at-risk.” There was even a Senator who coined the phrase “at-hope” and I still like the sound of that phrase to describe those who are in process of becoming the person they will be when they reach their full potential.

If you have seen the film Shawshank Redemption you know that hope is a recurring theme.

In the beginning of the film, when Andy and Red are becoming friends Andy says, “Remember Red, hope is a good thing, maybe the best of things, and no good thing ever dies.”

To which Red replies, “Hope is a dangerous thing. Hope can drive a man insane.”

Some time later, after Andy escapes from the prison he sends Red a letter. In it he says, “Remember, Red, hope is a good thing, maybe the best of things, and no good thing ever dies. I will be hoping that this letter finds you, and finds you well.”

Red’s hope is renewed and when he is finally released from the Shawshank prison he is ready to seek out Andy and live out his days working side by side with him in Mexico.

At the end of the film Red says, “I find I’m so excited that I can barely sit still or hold a thought in my head. I think it’s the excitement only a free man can feel. A free man at a start of a long journey whose conclusion is uncertain. I hope I can make it across the border. I hope to see my friend and shake his hand. I hope the Pacific is as blue as it has been in my dreams. I hope.”

Hope. I recently listened to a press conference where the police chief was being asked if she hoped things would return to normal soon. She answered that “hope is not a strategy” and went on to explain the plan she had for her city in the aftermath of violence and unrest among the citizens.

But if hope is not a part of your strategy, how do you get closer to a plan that can be implemented to guide your life? In short, how do you go from being hopeless to having hope?

Hope depends upon you having a feeling, however small and distant that life will go your way. That feeling can lead to you have even the most fleeting thought that something positive will come your way. That single thought, replicated a million times over by your mind turns it into a belief, because beliefs are simply thoughts we keep on thinking. Those beliefs lead us to take actions that work in our favor over time, and it is those actions, refined and repeated in more consistent and vigorous ways lead to true change in our lives.

So now we are at the pinnacle of what is important; the culmination of a discussion on hope that can help others in a major way and bring about change across the globe and back again. Helping those who have lost hope is a worthy endeavor. They are waiting for you to reach out to them, even if they are not aware of that on even a subconscious level. I have spent a lifetime finding the hopeless and planting a seed of hope in their minds eye, long before it permeates the inner walls of their mind. I’ve done this is the classroom, at various jobs, with friends as well as complete strangers, and with people all over the world. 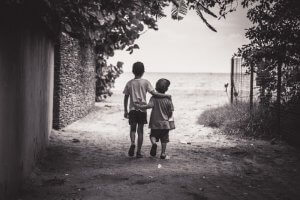 When people lose hope they once had they may not be able to find it again on their own. Instead, they turn inward and slowly fade away to a shell of the person they once were and are meant to be again.  Every new day represents another time of chiseling away at what they once had, or used to dream of, or believed was possible for them in the past. Each thought takes them further away from reaching their potential for a life worth living.

These precious souls are waiting for you to step in to say just the right thing so they can resume their life and move forward. The difficulty with implementing a plan of action is twofold; they may not realize they need help, or do not believe that help will arrive, and you do not feel that you can recognize someone in need in this way and think you will not know what to say if you are in this position.

My advice is simple. Feel the need to help; your feelings are the start of everything you will ever experience.  Think about situations where you stepped up to meet a challenge head on with no advance preparation. Believe you will be helpful. Take actions that lead you closer to your goal of being helpful. Observe your results over time and know that you made a difference. Where will you begin? You will have a feeling and act on it without even being aware of what occurred. I believe in you and in the power of each person having the ability to affect another person in a meaningful way. If mankind is to survive, it is up to each of us to do our part. This is a place to begin.

I’m Connie Ragen Green, filled with hope and joy and remaining hopeful no matter what swirls around in my world. Please join me for more on life and business and I’ll teach you everything I know about the areas I specialize in, including SEO – search engine optimization, authorship, and positioning yourself as an expert.