Today is Labor Day in the United States. We are winding down our Labor Day Weekend celebrations and summer is coming unofficially to its end. With only 115 days left in this year of 2020 it’s an excellent time to reflect and review in anticipation of what is to come in our near future.

I can’t remember when I first became aware of the first Monday in September as being a national holiday, but since I left the work force in 2006 and started my own business working online as an author and an entrepreneur this has become a more meaningful day for me. Growing up in southern California and south Florida Labor Day signified the day before the new school year began. When I began working in restaurants and retail stores as a teenager it was just another day. Once I graduated from college and worked at jobs in banking, insurance, and finally in education, Labor Day was a day off with pay and invitations to outdoor gatherings with friends, family, and co-workers.

At some point I came to the realization that this day was intended to honor and recognize the American labor movement and the work and contributions of laborers to the development and achievements of the United States as a whole. When I did some research for this article I learned that first Labor Day holiday was celebrated on Tuesday, September 5, 1882, in New York City, in connection with the Central Labor Union. Within two years 29 more states had adopted this day as an official holiday, and on June 28, 1894, President Grover Cleveland signed a law making the first Monday in September of each year officially a federal holiday.

But it still held little meaning for me until I resigned from the school district on June 30, 2006, bringing my twenty years as a classroom teacher and more than three decades as an employee to a permanent end. Finally, I did not need a national holiday to give me permission to take a day off from the work I do on the internet. And if I wanted to earn more income I did the work to make that a reality. That’s when I began paying closer attention to this holiday and the people in my life who were affected by it.

Perhaps I am generalizing here, but these are my experiences and observations of people in the work force in the States. I was one of them for many years and know that my thinking, beliefs, and actions made a huge leap once I was responsible for the work I would engage in and the income I would earn in that way. I began to see people who spent their days arguing for their limitations and their nights wishing and hoping they had a different lifestyle.

I actually hadn’t thought too much about this for many years after starting my online business. Then, when my friend and colleague Donna Kozik took the train from San Diego to Santa Barbara to help facilitate one of my week long “Entrepreneur Retreats” she brought it up while working with two of my clients. They had both said they wanted to write books and become published authors. I had worked extensively with them before they arrived to come up with an idea, a concept, and an outline. But when Donna sat down with them to help them move forward they had a plethora of excuses as to why they could not achieve their goals.

“Why are you arguing for your limitations?” I heard her say to both of them. They had no answer for her and kept their heads down as if she had scolded them. Throughout our days together both Donna and I worked individually with each of my clients. Very little was accomplished but we did have a wonderful time together. They had successfully argued for their limitations and lost, instead of moving closer to a win.

I was reading a post from the site Philosoblog, in which the author (he/she chooses to be anonymous) writes:

“Argue for your limitations, and sure enough they are yours.”  ~ Richard Bach

What does that mean?
Put another way, if you argue for your limitations, who will argue against you and against your limitations? Unless you have a full-time side-kick, probably nobody. So whatever you say you can’t do, you won’t likely ever try, as you are already defeated in your mind.

That means if you argue for your limitations (the things you cannot do), you will be stuck with them. Contained within this quote is the opposite, if you argue for your abilities, sure enough they will be yours. Does that make sense? Just realize that simply saying something that is untrue will not make it so. 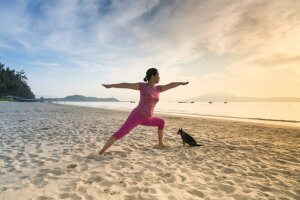 As a young person working at restaurants and retail stores I argued for my limitations around lack of experience, education, and skills, as well as being too young to do the things I dreamed of doing at that point in time. As a real estate broker and appraiser ten years alter I argued for similar limitations. And when I returned to college to earn a teaching credential at age 30 my arguments and my limitations grew right along with my limited education and skills in the field of education, and my naturally low self-esteem. It was a self-fulfilling prophecy in that whatever I claimed I could not do did not get done because my beliefs were so strong.

Two years before I would ultimately come to the decision that I would resign from my teaching position, several events occurred that began the mindset shift that would change my life. The first was that my home had gone up significantly in value and I did what is called a “cash out refi” to finally have some money in the bank. It was a weird feeling to have more sitting in my bank account than I typically earned in two years as a teacher and working in real estate. It gave me confidence and joy and a sense of the freedom that was possible in my life. The only person who knew what I had done was my mother.

I insisted on buying her some new clothes and other items I had not previously had the money to get for her. Every Saturday I took her to one of the restaurants she liked and made sure she ordered exactly what she wanted and something to take home with her as well. She spent very little energy resisting my generosity and it was a joy to be able to spoil her in this way. She had taken a bad fall just months before and it wasn’t so easy to do the things she was used to doing on her own. I even paid for a car service to take her to the grocery store and to her appointments when I was not able to do it for her. My mom was a free spirit who had left the work force while I was still a child and started earning money with her art work.

The next thing that occurred was that a childhood friend passed away unexpectedly. Tory and I had been best friends since we were in elementary school and his death was a shock to my system that shook me to the core. He knew so much about so many things, yet he was still struggling with confidence and life direction when he died. It was almost more than I could bear, thinking about the life that could have become his reality if he had just done some things differently over the years. Tory had gone through a long string of dead end jobs during his adult years, even though he had wanted to do so much more that would have served him well. If only I had been able to give him some direction in that area, instead of only the lukewarm encouragement I was able to muster.

The third and final thing that happened was that my real estate business I ran from the extra bedroom in my house took off unexpectedly. That was when I first had the experience of arguing against my limitations. I had an excellent reputation and had made a name for myself and now it was paying off. But this was more than simply about the money; people were being referred to me by those who had known me for many years because of the level of experience and trustworthiness I had achieved. My character spoke volumes in the eyes of my new clients.

During those next two years I was bouncing back and forth as to who I was, what I wanted to do with the rest of my life, and what path I could take to get there. I finally applied for and was accepted to a graduate program in technology for education and also educational psychology. But my heart wasn’t in it and I found myself just going through the motions each semester. After not completing law school in my twenties and leaving an MBA program in my early 30s I dreaded the idea of once again dropping out of a program.

All of these events brought me around to thinking that I could have a business I loved, from the comfort of my home office. I left teaching at the end of the school year. I gave away my best real estate clients to people who could better serve their ongoing needs. And when I listened to a CD from someone who was working exclusively online by creating short reports and information products, the leap I made into entrepreneurship seemed more like a tiny sidestep.

You can have the life you want and need to fulfill your goals and dreams. Listen to your heart and subconscious mind so that you are in touch with your innermost thoughts and feelings. Know that when the student is ready the master appears. You have no limitations and as soon as you realize this the world will be your oyster.

I’m Connie Ragen Green, no longer arguing for any limitations and feeling more confident than I ever thought possible. Come away with me and I will guide you closer to designing the lifestyle you are dreaming of. Everyone deserves a standing ovation at least once in their life and I am standing up to applaud you for reaching for your goals. Please follow me on Twitter to see what I am sharing that may serve you well in your quest for lifestyle design.