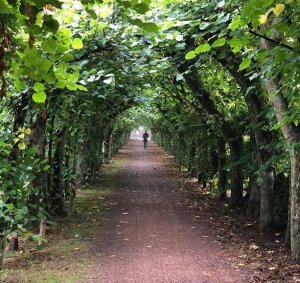 This morning I was out walking and the thought came to me that I had never taken this same exact route before. Years ago, beginning in 2006 when I left my former life as a classroom teacher and real estate broker/residential appraiser I walked every morning for a full hour. I was in a new city with so much natural beauty to explore and loved finding new areas where I could walk and think and talk to myself and plan what I would write about once I had returned back home.

One day I stopped taking those morning walks. Everything stopped and now I can’t remember how or why my routine changed as it did. I only know that the results were not in my favor. I gained back all of the weight I had so diligently worked on losing over a two year period prior to beginning my new life. My aches and pains slithered back into my body. And, worst of all my thinking became less clear and my focus waned. Because these changes come slowly and in small increments I wasn’t aware of what was occurring until it was staring me in the face.

So today I reflected on my life, in bits and pieces without a timeline or the benefit of a time stamped magnifying glass of truth as we tend to do when we are in our head and figuring things out.

I wondered why it is seldom that we hear about a CEO or a politician or a thought leader in any field that announces a personal decision to step away from their work? It does occur, but rarely. Instead, the person, usually a man although I have read about women in the corporate world who step down or away, deals with the situation and then returns to their work and carries on.

For every person we hear about there must be millions of people who continue to work at full capacity and with vigor while dealing with circumstances beyond their control that have touched their lives, or the life of a loved one. I have personally taken time to reflect and remember, and then carried on under circumstances that felt like more than I could bear. Most times I have had to do it so I wouldn’t lose a job and the paycheck and health benefits attached to it.

How can one person deal with personal issues in what seems like a sensitive, hands on manner while in the public eye, while another chooses to not mention it and simply does their work without as much thought or distraction?

Now I realize I am generalizing here and that I or anyone else is not capable of truly understanding what another person is going through, as well as what they are feeling moment by moment when a serious situation arrives on their doorstep. I am referring to the way the situation manifests over a period of time as this person much decide, perhaps on a moment to moment basis how they will react and how it will affect their work, in both the short term and the long run. If they are in the public eye I imagine the pain must be excruciating on an even deeper level.

Years ago there was a substitute teacher who worked regularly at the school where I was teaching. We knew we could count on him when we had to be absent on short notice. Whether we had detailed lesson plans waiting for him or just the names of a couple of excellent classroom helpers to get him through the day, Mr. Davidson was anxious to take the assignment.

He and I became friends over the years and one day I ran in to him at the market. We decided to sit down outside at the cafe and he told me the story of a woman he had lived with for more than a decade who had passed away several months ago. I knew of her and had met her a couple of times at school functions but was not aware she had died. While he shared the story with me I stared at him, mouth agape and in utter and complete disbelief.

Joann had struggled with alcohol and prescription drug abuse since long before he had met her. One night she had too much of something and the following morning he discovered her unresponsive in the bed, next to him.

“What did you do?” I asked, feeling the emotion coming up inside of me.

“I did what I had to do,” he answered. “I called 911 and then left for work. I was subbing for Mrs. Garcia that day and didn’t want to be late.”

Still in shock, I remained silent as he explained how he had felt on that day. My hot cocoa was burning my hands so I put it down on the table and looked back up at him while he spoke.

“Joann had more problems than anyone I had ever met, but I loved her. During the early years of our relationship I begged her to get help and offered to pay for it. She refused every time and finally I dropped it. Her son and I had become close over the years and he told me she had refused to deal with her addictions since he was a little boy. On the day she died I compartmentalized the situation and went to school.”

His words hung in the air between us. Suddenly I was aware of the other people sitting outside at the cafe. I could overhear a conversation about leaving on a cruise and needing to pick up some final items on the list. Compartmentalizing was a concept I could only recall being discussed once before. It was during a documentary about Woody Allen where he was explaining his relationship with his stepdaughter, now his wife.

Mr. Davidson gave me a distant hug and we went our separate ways. As I walked back to my car my now cold hot chocolate began to smell like rotten meat and I threw it into the garbage can at the edge of the parking lot. I sat in my car and cried, thinking about Joann and how Mr. Davidson had been so disrespectful to her during those final moments before he drove away like nothing had happened. Surely someone at school that morning, perhaps even me had asked him how he was. Had he answered with his usual “Great. It’s a beautiful day!” or something more subdued?

What if he had told the truth? He could have said that his girlfriend had passed away but he felt that it would be better if he came to work. After all, she was gone and there was nothing he could do now. Now I was judging him so I stopped, but I still could not understand. 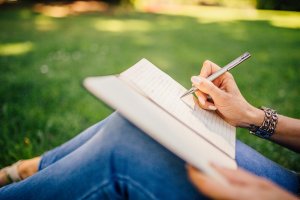 That evening I reflected on my own life and how I had handled some of the toughest moments. Times when a friend or loved one had died unexpectedly or when my world had been rocked to the core. I thought about being home sick from school on 9-11 and how I had wanted to get to my classroom and comfort my kids. But I had stayed home that day and the next and returned to my classroom when I was better two days later.

Then I listened to a song by the group Kansas called “Carry On Wayward Son” that had been one of my favorites the year I graduated from UCLA. The lyrics go like this…

Guitarist for the band, Kerry Livgren was the songwriter and had this to say:

“It’s an autobiographical song. Parallel to my musical career I’ve always been on a spiritual sojourn, looking for truth and meaning. It was a song of self-encouragement. I was telling myself to keep on looking and I would find what I sought.”

So it seems that the goal is to reflect, remember, and then carry on. Life is filled with adventure and sometimes knocks you down. The highs and lows can be exhilarating and defeating in the same moment. We are creating memories in real time that will be played back at another time, in another dimension, and when we have matured and will remember them differently. This sounds like the Twilight Zone in many ways. This is how Rod Serling opened each episode during the first season in 1959…

There is a fifth dimension beyond that which is known to man. It is a dimension as vast as space and as timeless as infinity. It is the middle ground between light and shadow, between science and superstition, and it lies between the pit of man’s fears and the summit of his knowledge. This is the dimension of imagination. It is an area which we call the Twilight Zone.

Now I am reflecting on my morning, remembering mornings past, and carrying on in a manner that is commensurate with my ability to live my best life while serving others. Even though I am journaling and maintaining a written record of my thoughts and actions I do not believe it will be possible to remember what occurred today in the future as though it were that same day. I will be different and my DNA will contain bits and pieces of my life experiences since today. My microbiome, something I have only began to study, will have shifted by the time I remember back to today.

If you’re lost and alone
Or you’re sinking like a stone
Carry on
May your past be the sound of your feet upon the ground
Carry on
Carry on, carry on

I’m Connie Ragen Green, choosing to reflect, remember, and carry on to the best of my ability. Join me on this journey, if you will.