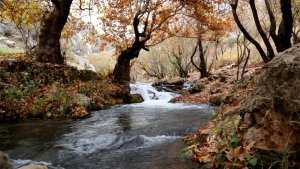 The other day I was pondering my current life circumstances, when a friend sent me a quote. Perhaps I was deep in self-doubt about one thing or another and questioning my own abilities to achieve a goal, because the quote he chose is from Heraclitus, the pre-Socratic Greek philosopher who lived from circa 535 to 475 BC that goes like this…

You can’t step in the same stream twice; the stream has changed and you have changed.

Words of wisdom, to be sure. I know that when you read a book for the second time, even if it has only been days or weeks since your first reading it will be a very different experience. The book is the same, but you are not.

This brings me around to the topic of self-doubt and how you can use it to either help or hinder your life experience. We have all had moments of self-doubt throughout our lives, some more than others. It can be disguised as feelings of inadequacy in one area or another or thoughts that make us believe we are not enough or that we are less in some way than someone else. Self-doubt manifests as fear of the unknown or fear of failure. Both of these can make your life less than satisfactory and end up as regrets later in life.

My story of life as one who doubted I would ever achieve my goals and dreams was rooted in a childhood of poverty. I did not understand that my circumstances were only temporary and that as I got older I would be able to make decisions and take actions that would change my life forever, and in a positive way.

Instead, I remained mired in my daily life and cautious about every move I made. Children can be cruel to each other at times and my path of defense was to lie about anything that made me uncomfortable. I also came to mistrust everyone I encountered at first, forcing them into proving themselves worthy of my friendship if they were willing to do so. Being bogged down at such a young age it is a wonder I survived my childhood and became a tolerable adult.

At age fifteen I left high school. This occurred after third period when someone said something unkind to me and I walked away. I first walked out of the school, looked both directions and crossed the street to go to the coffee shop the kids frequented during the times when classes were not in session. The manager was mopping the floor and stopped to say hello to me. For the first time I saw this man in a different light.

Originally I had not liked him at all. He appeared to be interested in the prettiest girls and was occasionally inappropriate with his language and actions. He was probably under thirty but was still a way older man in my eyes. On this day he smiled at me like a friend and I decided to allow him to engage me in conversation. We sat down across from each other in the booth closest to the front door. I was still suspicious of his motive and intentions and insisted on a clear path to exit quickly if I needed to escape.

I do not recall what we talked about, but after ten minutes or so I excused myself and left. At that moment I was no longer a high school student. I gazed over at the building to make sure I did not want to reenter the premises; I didn’t. I kept on walking to the bus stop and was home by noon.

What had shifted in me? I can’t say for sure but it was the culmination of my years of feeling like I didn’t belong and that I had no real friends. A few weeks later a truant officer came to the door and my mother had to let him in. He used the word dropout several times before I corrected him. “I’m not a dropout, I’m just not going to school right now,” I said. I went back to the book I was reading and my mother didn’t say a word to me after the man had left. 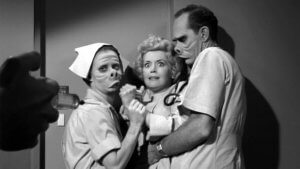 episode of this television series on November 11, 1960. I didn’t see it until the show was in reruns some ten years later. In this episode an attractive young woman, whom we do not see close up until near the end is undergoing yet another medical procedure in an attempt to make her look “normal.” The government requires this treatment to encourage conformity among the citizens.

It turns out the doctor, nurses and other people in the hospital have large, thick brows, sunken eyes, swollen and twisted lips, and wrinkled noses with extremely large nostrils, while this woman looks more like what you and I find to be common and acceptable. In the end she is exiled to a village where everyone looks similar to her and where she will be accepted and find love among people more like herself.

This story was my reality at that point in time. I was the ugly duckling in the eyes of my peers, at least in my mind. I was ready to be exiled to an island to find others like myself. It was a painful time, yet without this experience I could not have possibly moved on to something better. Remember when you set your goals and dream and pray for them to come true to always add “this, or something better.” 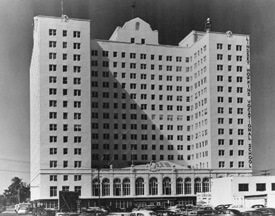 Within a couple of months my island appeared like an mirage in the desert. My mother and I were returning home on the bus after spending some time downtown and I asked her about the very tall building on our left side as the bus winded around a curve in the road. I couldn’t recall having had seen it ever before. It was the Lindsey Hopkins Adult Education Center and it was fifteen stories high, just like I was fifteen years old.

A year later I had completed high school and was accepted at the local community college. A year after that I was accepted at a university. I graduated with honors from UCLA in 1977. Once again, the stream had changed and I had changed.

We all experience self-doubt in our lives. At any moment in your day you are subject to having thoughts that will lead to beliefs that you will not succeed. My goal is to take actions each day that will not allow those thoughts to turn into beliefs that will become my reality. Instead, I want to head them off at the pass and believe that I have every chance of succeeding. If at first I don’t succeed I will try again and again as many times as it takes, learning with each attempt.

When one of your plans goes awry, reshape it and do it again. Make a misstep and step back a few steps before stepping forward again. Doubt yourself to the point where you are frozen in place, use positive self-talk to get back on the horse. Never, ever give up and know that it is all worth it when you can finally jump into the stream with both feet and relish the feeling of cold water swishing through your toes. But don’t get too comfortable or complacent; it’s already a different stream.

I’m Connie Ragen Green, floating down the stream and being born anew at every twist and turn. Let’s connect and discover what is possible.