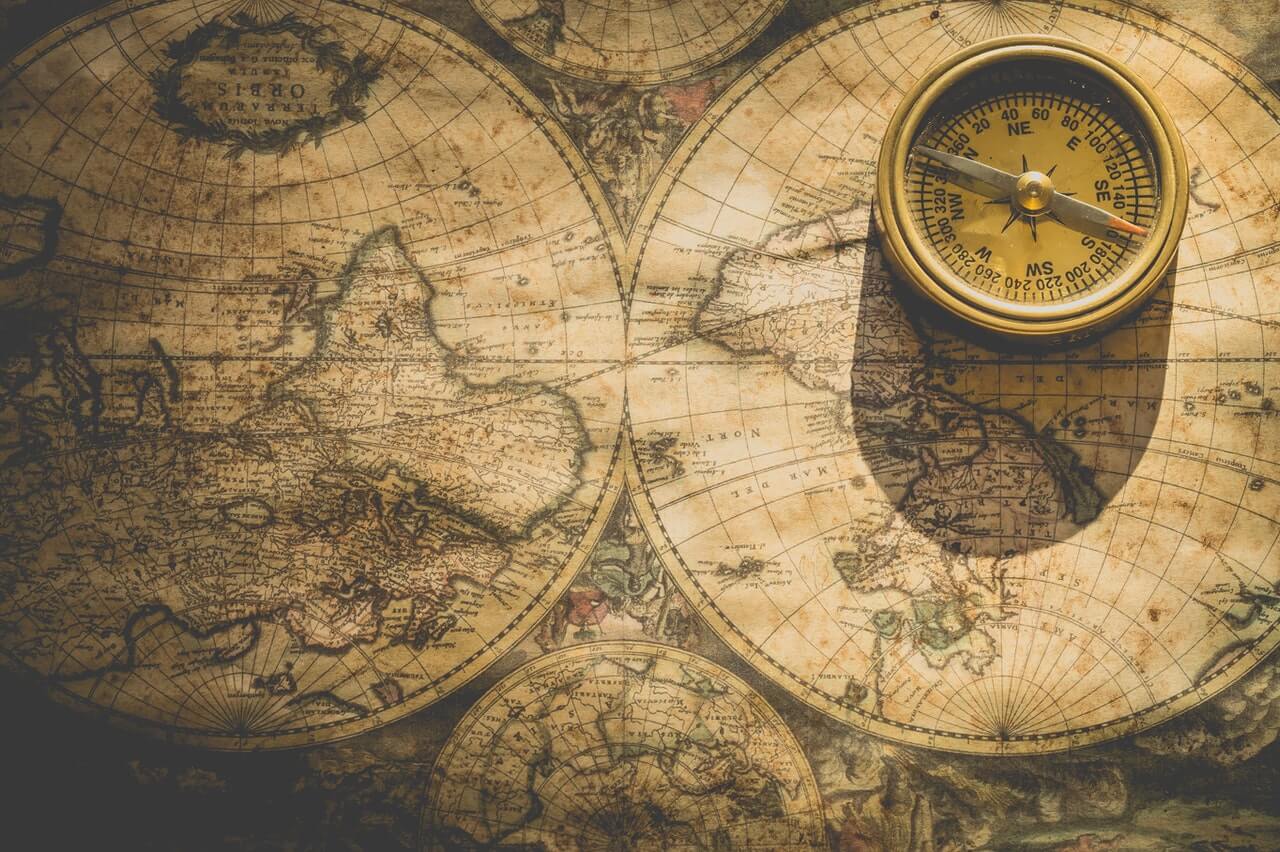 The day I stopped telling my “broken compass” stories…

If you aren’t familiar with the phrase, the “broken compass” story is the one we tell ourselves over and over again, based on distorted memories and perceptions that simply aren’t true. It’s the misguided path we sometimes follow along our spiritual life journey.

Mine began to form when I was just a little girl. My parents split up when I was three years old and I took it hard. In retrospect, this paved the way for years of low self-esteem and feelings of unworthiness.

My broken compass story must have begun when I was first in school. The classroom and the schoolyard can thrust a child into the harsh reality of being judged about everything you are and stand for as a human being. There’s no subject matter taught on this at school, and most adults don’t seem to get it anyway.

Somehow I came up with the story that my father was working in Alaska and would be home as soon as his job was finished. This sufficed for awhile, but soon the questions and comments came in an even more intrusive way. The ones that hurt the most included…

“Your father doesn’t live with you because he doesn’t love you.” “Your mother probably doesn’t even know which man was your father.”

My Broken Compass Story Carried Over Into My Business

Long ago, I told stories about the people who joined my list and purchased from me, or through an affiliate link. My storytelling went something like this:

“My people cannot afford to spend more than two hundred dollars, so I can’t recommend anything that costs more than that or create a product, course, or program above that threshold.”

Then one day a woman replied to my email to let me know she had purchased a live event, training, and some coaching from Ali Brown. The cost was almost three thousand dollars. I swallowed hard and my heart sank…

I was an affiliate for Ali Brown’s programs. The year was 2006 and Ali was the most successful and best known female marketer at that time. The woman also told me…

“I figured you were Ali’s affiliate and I wanted to buy this program through your link because you spoke so highly of her all the time. But I didn’t see you recommend it, so I bought it through someone else’s link.”

My “broken compass” story that I shared above was that I assumed people on my list had little interest in things costing more than a couple of hundred dollars, and did not have that much disposable income to spend anyway.

If you’ve been following me for several years or longer, you know my story of how I had always wanted to be a writer, since I was about 10 or 11 years old. It wasn’t until I came online in 2006 that I was forced, or at least gently persuaded by mentors to write in order to get my business off the ground. Taking action with any skill, especially on a daily basis is bound to lead to a shift in how and what you’re able to create and produce, as well as your mindset around what is possible.

I’m an eternal optimist. Once I got it into my head that I could accomplish anything, writing became an activity that would lead to a new paradigm for my life. I visualized a regression to my younger self to explore where my dream of writing first emerged as a seedling. The memories rushed in, overtaking me with emotion as events were revealed to me…

It was in my loneliness as a little child, who then found acceptance by the outside world with telling stories, oral ones at first, then with poetry and finally with stories in written form. I began writing and publishing non-fiction books in 2010 and to date I’ve penned twenty-five titles.

Last year I set my sights on writing professionally. I began writing stories on my “Monday Morning Mellow” blog that I would then turn into scripts, more specifically pilot scripts for television. During the last quarter of 2021 I made some inroads and got the attention of an agent, as well as of writers who are doing exactly what I’d dreamed of being a part of for so many decades.

It was the serendipitous convergence of timing, skill, and opportunity that brought me this sudden success. Herein lies the dilemma, though both of my choices are positive in nature and equally wonderful…

How do I find the time to continue with the writing I do each day for my business, while also engaging with the fictional characters and situations that float through the recesses of my mind throughout each day, begging for my attention like small children clamoring for my attention at every turn?

This is my question for you today: Is it possible to merge these two paths into one in which I am able to serve two masters, or must I make a choice to follow one and leave the other behind? I’d love to know your thoughts on this, as the situation is building to a painful crescendo and that pain must be alleviated very soon.

Taking a Leap of Faith and Making it Happen!

Planning out every step and detail of our lives isn’t the only path to success. For instance, the year before I came online I had no idea people were earning an excellent living in this way. So I took a leap of faith, keeping one foot on the ground until I saw for myself that unlimited income and time freedom were possible for anyone who made the effort to start and grow an online business.

All of my family members, living on two continents and ranging in age from 13 to 78 now earn at least part of their income with something online. I love this world so much, I like to shout it from the rooftops whenever possible. Building up your understanding of resilience and mental toughness will open the way for you to add lifestyle design to your life experience. I’d love to share even more with you around this topic.

I’m Connie Ragen Green, repairing my broken compass story with every step I take. Perhaps my Action Habits Challenge at no cost or obligation is right for you, or if you’d like to jump in with both feet, take a look at my 3 Day eBiz training and use Code: MAKEITHAPPEN for a discount.