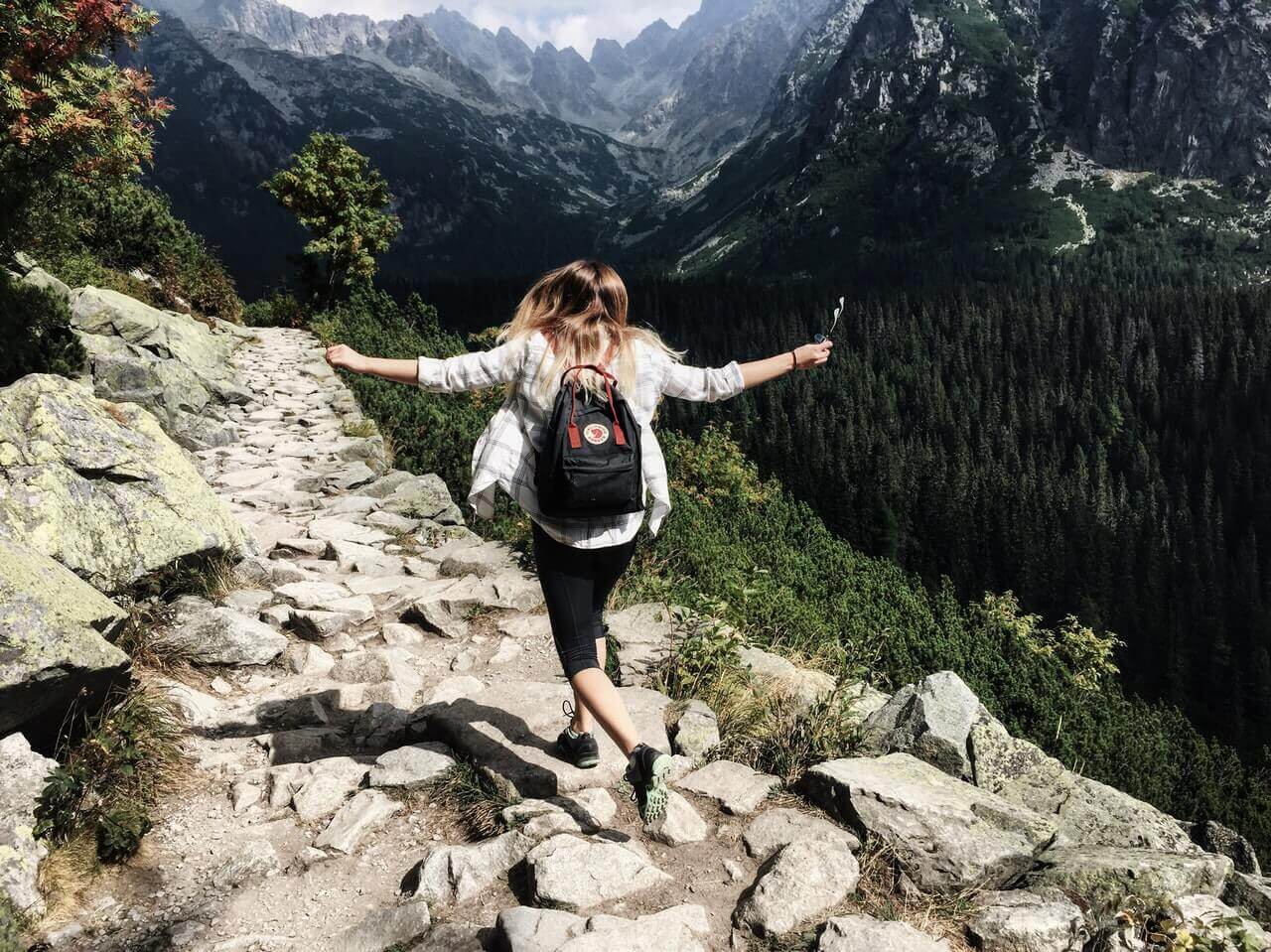 “Everything we do in life is preparing us for something we will choose or be called to do or will encounter in the future.” ~ Connie Ragen Green, responding to the little voice in my head…

It’s the middle of the night and I hesitate before stepping onto the moving sidewalk at Amsterdam Airport Schiphol. Then I hear the female voice and I’m soothed into submission. “Mind the gap” she advises as my boot gingerly touches the rubbery surface. The little voice in my head is once again stirring after my ten hour transcontinental flight.

My flight has arrived early, meaning that my layover will be longer before I fly on to my final destination of Helsinki. Heading to the  Concierge Lounge, my mind wanders. Before I know it I’m sitting in one of the plush chairs facing the tarmac, sipping lemonade and people watching. My mind wanders to a time long ago, when anything was possible but very little felt probable.

As a younger person, my confidence and self-esteem were exceptionally low. I got good grades in school but continued to feel like an imposter. Then the teenage years arrived and I was determined to do things my way. My goals shifted from wanting to become a veterinarian and also write stories to focusing on part-time jobs as a way to provide for my mother and myself.

At fourteen I was a hostess at the local pancake house. Eventually I coerced the manager to let me be a waitress, even though I wasn’t yet at the legal age. At the end of 9th grade I believed I knew everything I needed to know to begin living on my own. I got a room at a boarding house and don’t remember the lady ever asking me my age.

A year and a half later I met a man, twelve years my senior and interested in a relationship. He’d recently returned from Vietnam and his parents were raising his two toddlers after their mother disappeared with another man. This relationship proved to be life-changing for all of us and I’m so glad I listened to the little voice in my head instead of to those around me at the time.

There had been a man in the Delta lounge in Los Angeles that morning. He was dressed in too tight jeans and a worn flannel shirt, with scuffed shoes begging for a shine. He claimed we had met before, at an event where I had been speaking and he was a vendor.

He told me a story of taking his wife and children to a village in northern Italy for the summer but there was no point of interest or familiarity to his words. Though I couldn’t recall his face or name, I decided it would cause no harm to play along. We ended up sitting across the aisle from one another in First Class. He droned on and on to the woman seated next to him and the monotonous soliloquy lulled both she and I to sleep. He was a writer, yet none of his stories rung true. The voice in my head told me he was up to no good, and that played out over the next couple of years as I observed his life crash and burn.

I had wanted to write for as long as I could remember, yet seldom put pen to paper or fingers to typewriter or keypad. Then I changed my life completely by taking a leap of faith (some would say foolishness) and quitting my teaching job to start a business on the internet. I’d worked part-time in real estate for years and initially thought I might continue. But during the first few weeks as an entrepreneur I realized I would need to give this new venture my full time and attention.

Cashing out my teacher’s retirement allowed me the luxury of focusing on the business while also paying the bills. I don’t remember how many days it took before I came to the conclusion that I would need to write every day in order to make a go of the new business.

As a child I had spent endless hours alone. One place where my mother and I lived had a long, wooded pathway behind our apartment building. I would walk from one end to the other, back and forth and making up stories in my mind. My little voice in my head told tales of children with two parents and siblings, an elf named Tippy, and a boy who had drowned in the public pool but still showed up at school as if nothing had happened.

It was rare for me to write any of these stories down or even to share them with my mother. Almost all of them disappeared into the ether over time. Stories only live on through oral or written sharing, and I’ve a lifetime of them coming back to life in my head these days.

In the early 70s  I spent three months in Mexico with two friends, all of us with the goal of writing a book. The man published his novel about two years later. The woman decided writing wasn’t for her, and I discovered that spending time in an exotic, foreign location was the least inspiring event I had ever experienced. I returned with much improved Spanish, a few souvenirs that included a horrible flu, and no desire to seriously write ever again. The voice in my head had scored this time and I believed writing was best left to the real writers and not to me.

Over the past year I’ve had encouragement from two different sources. And as much as I’d like to believe I’ve been writing and publishing since 2006 primarily for myself, it does feel good to have some recognition from outside sources, and surprise ones at that. Now I’m on fire and writing for more hours each day than I ever thought would be possible. The voice in my head encourages me to continue, and often I’m awoken during the wee hours by one of my characters. He or she whispers in my ear, seducing me out of a sound sleep to open the computer and pay attention.

Three hours later and I’ve landed in Helsinki. I have my purse dangling from one shoulder and my carry-on on the other. The other passengers are polite as we take turns disembarking. I retrieve my suitcase and venture outside. As I make my way along the cobblestone path, I’m anticipating the voice. It begins in my head and by the time I reach the platform she speaks clearly into my ears. First in Finnish, followed by Swedish, and finally the English words allow me to enjoy the moment. It seems that “minding the gap” is akin to remaining cautious about what we engage in or pursue in our lives. If I had chosen to continue to mind the gap in my life, my journey would have lacked the very people, places, and experiences I treasure the most, especially my writing.

“Mind the gap.” Yes, ma’am, I will. Until  and unless it no longer serves me, that is. I have stories to tell and a full life to live, on my terms and on the schedule of my choosing.

I’m Connie Ragen Green, stepping full on the platform before given permission, leaping before I look, publishing before it’s finished, lending a hand before I am asked, catching feelings within the first few raindrops, and whispering those three little words before I know they’ll be reciprocated. I’ve been preparing for my life since the beginning of time, and I was born ready to live full out.