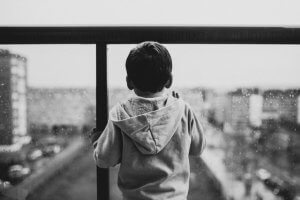 The first time someone held a gun to my head while demanding money, it was not the work of a master plan carried out by a brilliant man and his accomplices. It came in 1973 while I was working at my very first “real” job, a Little General convenience store in South Miami, Florida.

There were two children in the store at the time. A pre-teen brother and sister who frequented our store as a refuge from home, they had brought in their pet Florida King snake in a pillowcase to show to me and my co-worker. The boy joked that if someone came in to rob the store they could scare them off with the snake.

Moments later the lone gunman stormed into the store. He appeared to be young, perhaps in his early twenties and was brandishing a revolver. Everything went into slow motion as he commanded the kids and my co-worker, Bob to “get on the floor and close your eyes” and in a fluid motion hit my hand hard with the butt of the gun as he motioned with his head for me to open the cash drawer.

I did as he said, carefully removing the single twenty dollar bill, the fives, and the ones. Without thinking, I also reached for the two rolls of quarters. That drew the gunman’s wrath and he again hit me with the revolver, this time on my right shoulder. I placed the bills into a brown paper bag and he was off, barking orders at us to not call the police or he’d come back for us. Then it was the sound of the chain rattling and the tiny bell’s high pitched ringing as the door closed behind him the only sounds we could hear for the next few minutes. Bob, the man who had been training me for this job over the last week got up first and told the children it was now safe for them to get up as well.

Someone called the police and the children disappeared and I kept thinking I was going to cry but I didn’t. I was in shock more than anything. Then the thought came to me that I was going to have to look for another job. This experience confirmed that I was now I was afraid for my safety and my life. The bully – the robber in this case – had frightened me into submission by doing what they do best; making empty threats that take their victims to a place where everything they promise could become a reality. Luckily, I quickly recovered from this episode and now, all these decades later I only recall it on sporadic occasions when some topic comes up that is related in some small way.

Inside of every bully is a small frightened child. Typically abused by a father, older brother, or other family member, they know what it’s like to cower in a corner and beg for mercy. Growing up I had friends and neighbors who lived with bullies. Once, it was my friend who was the bully. I didn’t realize this until my mother pointed it out, and even then I refused to end the friendship until the day he turned his ugly ways on me. I remember going home early and asking for dinner. My mother and I sat at our small table and neither of us said a word about what we knew had just transpired. 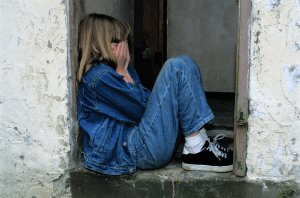 We each have to come to terms with the fact that there will always be a bully in our future. Over the years I’ve worked for them, had real estate dealings with them, worked side by side with them at non-profit organizations, and even have several friends who married them. In each case, as occurs often in relationships based on abuse, power, and fealty the victim often blames themself for how they have been treated.

I learned this the first time I became a Big Sister to a ten-year-old girl named Lydia. Her father had physically and emotionally abused her mother and was currently in prison for attempted murder. His release date was coming up and I suggested they move away so he couldn’t find them. The mother told me she had a to give him a second chance so he could see that she was sorry for angering him to the point of him having to beat her.

It was the social worker who explained to me that it was easier said than done to convince the victim of abuse that they had done nothing wrong and did not deserve the abuse that was handed out. When this man found out about me and the relationship I had with his family he threatened me from inside the prison and I was no longer Lydia’s Big Sister. This shook me a little at the time. I was able to brush it off and a month later I was excited to become a Big Sister to another young lady.

Although I am not a psychologist and do not have any formal training in this area, I have spent enough time with people in various settings and situations to now be able to spot a bully a mile away. Most recently I have come to realize that some of the bullying I have observed has been the work of a “bully narcissist.” During my twenty years as a classroom teacher I encountered half a dozen people that I now know were in this subgroup of bullies. An article by Dr. Dorothy Susskind, PhD explains:

Though bullies come in a variety of forms, the narcissist offers unique challenges. Workplace bullying is defined as the persistent and deliberate attempt to degrade an employee through manipulation, gossip, sabotage, exclusion, and ostracisation with the ultimate goal to push the target out.

At the four schools where I taught I and others were subjected to projecting, gaslighting, raging, and smear campaigns, all outlined within the article above. If only someone had explained these concepts to me earlier my experiences might well have been different.

There are also “serial bullies” (a term coined by expert Tim Field in 1996, during his work in this area at the UK National Workplace Bullying Advice Line) that focus on one person after another throughout their lifetime. This is the advice shared with people who are dealing with such a person:

Even if you’re certain you’re being bullied and you know who is responsible, and what they are doing is completely unreasonable, avoid hurtful personal criticism and provocative language. Do your best to treat them fairly. Stick to dealing with what they have done and try not to concern yourself with what they are like. One practical reason is that you and the bully and the dispute will be observed by others, and their opinion matters if the dispute is to be resolved fairly. It is therefore important that you outshine your bully in the single area that they cannot function: treating an adversary assertively, i.e. with fairness.

You may be asking yourself why I am writing about this topic of bullies and bullying at this point in time. It comes from my recent experiences with three people I have known for well over a decade who are currently exhibiting this type of behavior publicly. It is my belief it is related to the political climate in the United States, where respect and kindness has been replaced with words and actions that were previously unheard of and unacceptable. It is up to each of us to take on the responsibility of changing this situation, one conversation and action at a time. The healing may well take a lifetime to achieve, but it is worth the effort so that a new legacy can be in place for the future.

Several years ago I had a friend who came to me after an argument with her husband. It had come to light that he had been having affairs with multiple women, simultaneously for at least the previous decade. This was when she and I came to the conclusion that he was a bully narcissist and that she and her children had been his unwitting targets on a daily basis. Their divorce was long and drawn out and damaged many lives in the process. The former husband remarried within a couple of years and does not appear to have any remorse for his actions with his first family.

Writing on bullies and bullying is my way of sharing my experiences with you, my reader in the hope that you will be able to spot someone quickly who is treating you in this way. It is never your fault and there are never any excuses for bad behavior. It is up to you to get out of the situation as safely and expeditiously as possible and to move on with the rest of your life. Learning to stand up for myself and speak out if something does not feel right is the single most powerful skill I have developed over my lifetime, and I wish the same for you.

I’m Connie Ragen Green, author and publisher and entrepreneur. Come along with me, if you will on a journey of discovery and exploration where the destination is always just one more visualization away.