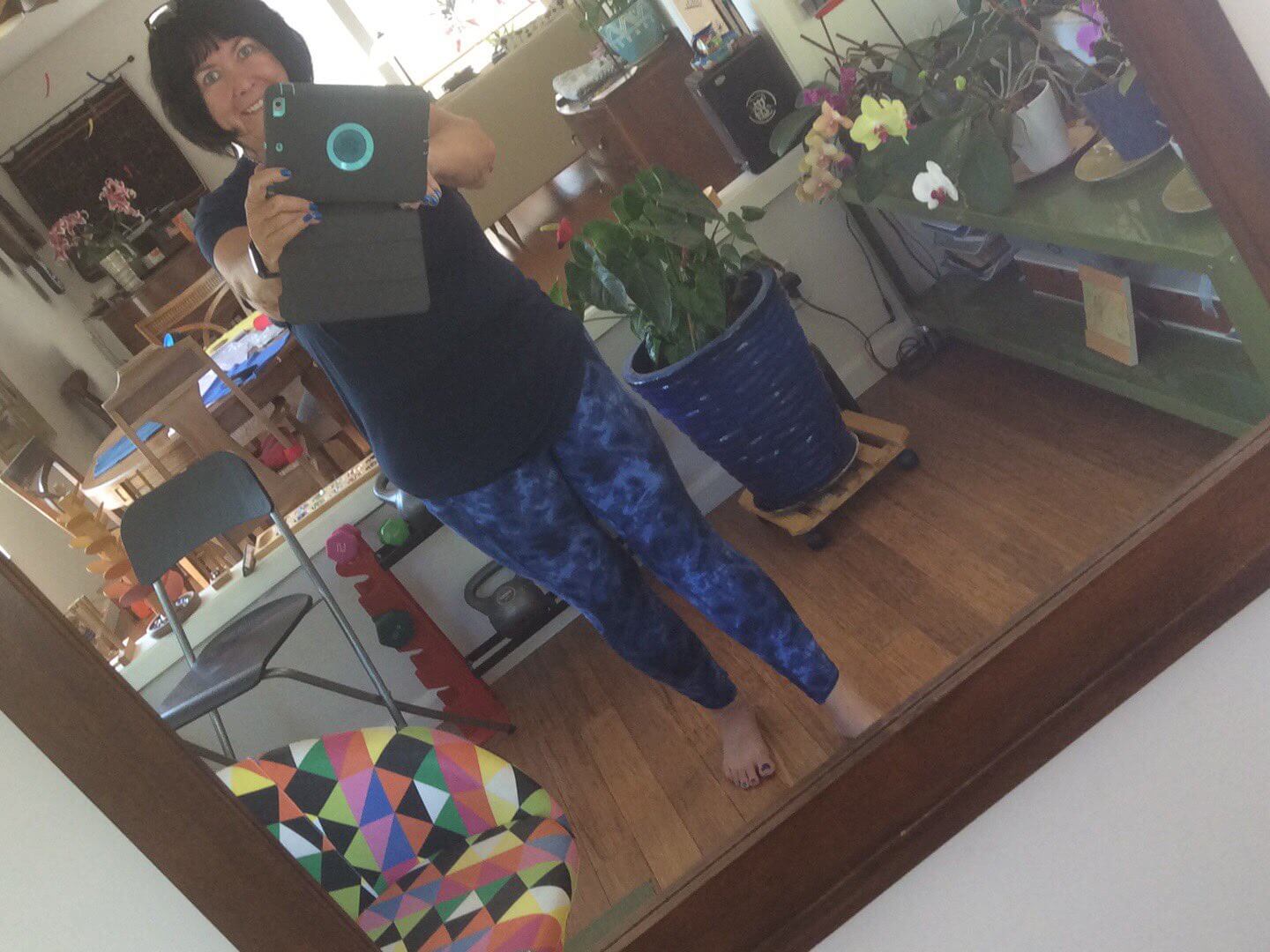 It began harmlessly enough: I wanted to lose weight and improve my health and was searching for a way to do this as easily as possible. It was December of 2019 and as I was preparing for my annual goal setting I wrote down that I would lose a hundred pounds during 2020. As I wrote the words, lose a hundred pounds my stomach began to hurt. I looked back through the notes from my previous years of formally setting goals to confirm what I was thinking: This would be the third year in a row that I would have the same exact goal. Why did I think it would be different this time? I didn’t, and I chuckled at the thought of my body somehow changing on its own, morphing into an ideal shape and size. Now I understand that that particular day, December 18th, 2019, was the pivotal day leading up to the day my body began to devour itself.

Allow me to explain… I firmly believe that thoughts are things. I won’t go into a philosophical discussion as to why I believe this so strongly, but suffice it to say that my experience has taught me to be intentional with my thoughts, feelings, and actions, as these lead to the reality we experience each day. I’ll share one example before moving on: During the summer of 2005 I attended a live workshop on the topic of creating a life experience we want and deserve. It was a three day event and on the first day they passed out drawing paper and colored pencils and asked each participant to draw a picture of their ideal day.

I don’t like to draw. But I wanted to get the most out of this workshop, so I drew a picture of me sitting behind a beautiful mahogany desk with a computer and a large monitor in front of me. My two little dogs were playing on the hardwood floor beneath my feet and I was looking out the window through Plantation shutters at a gorgeous mountain view. The sun was going down and the reflection shone through the sliding glass doors and the shadow fell across my room.

It wasn’t a bad drawing, especially from someone who didn’t draw. We were then put into groups of five and asked to describe our drawing to the others. They were to smile and nod and be positive, without any comments or judgment. Afterward, one woman asked me if I had drawn my home office. “No, it’s just made up,” I answered and her reply surprised me. “It doesn’t have to be pretend, you know. You hold the power to think it into reality.” I smiled and we went on to the next activity.

It would be almost a year before I realized I was now in the room I had drawn. It had everything I had included in the drawing and it made me shudder and have goosebumps when I discovered what had happened. How had my life changed so dramatically in such a short period of time? And how did I not see it coming along the way? I decided to be grateful and to continue believing that thoughts are things and that we have the power to create the life experience of our choosing. It’s almost like a parallel universe, in which everything you want is just out of your grasp and all you need to do is to be open to moving closer to what you want and deserve, while not making any effort to escape from your current situation. Just let it flow and everything is possible.

Let’s return to that day in December of 2019, with me sitting at my desk and writing down my goals for 2020. Yes, I wanted to lose the weight. My health was declining from years of eating too much of the wrong kinds of foods and getting very little exercise. My initial thought was that it would take a miracle for me to achieve this goal. But then I smiled as I remembered my belief in the power of positive thinking. I wrote down I need a plan and I will achieve this goal. A plan. We all need a plan in order to achieve almost any goal. I had the desire and the need and the belief in myself regarding this goal. It was only the plan that had not revealed itself to me yet.

The New Year of 2020 arrived. I gave little thought to my weight loss goal unless I was reviewing all of my goals and read it out loud. To be honest, I gave little thought to my weight during this time. I was only when I received a call from the pharmacy that my medication and supplies were ready that the reality of my situation snapped back like a tight rubber band stinging my heart and soul. The new doctor I had begun seeing had not been pleased with my recent test results. I was pre-diabetic, but moving closer to full diabetes every day. He’d ordered several medications, along with a glucose monitor and other supplies. Reluctantly, I showed up at the pharmacy while they gathered everything and called for the pharmacist to come over and explain it all to me. They clearly did not know me or understand my situation. After they had all stopped speaking at me, I smiled and explained. “I’ll pay for all of this stuff, of course. But I’m not diabetic. I’m going to lose weight and won’t need any of these pills or other items.”

No one said a word. The cash register made a little sound every time they added something. I inserted my credit card when requested and waited for two of them to fill my bags and staple the receipt to the top of the largest one. I thanked them and carried the bags out to my car.

Once at home, I placed the bags on the floor in the guest bedroom. I’d look at them tomorrow, I told myself. Right then I was tired and hungry and had some writing I wanted to finish.

January came and went without anything interesting occurring. I’d taken the train to downtown Los Angeles with about forty people from my Rotary Club the week before. We’d gone into Chinatown to celebrate Chinese New Year and to have lunch at a beautiful restaurant overlooking the parade route. A couple of people had cancelled the day before because they had heard about a highly contagious virus that had originated in China. None of those who went that day mentioned it and we would only discover later that the crowds were less than a quarter of what they typically were for the Golden Dargon parade.

My live marketing event was scheduled for the first week in March. A week before I called them to make sure we could still come. They sounded like they didn’t know what I was talking about when I mentioned the coronavirus, which made me a little suspicious. I began calling the hotel every day during the week leading up to the event and they assured me everything was normal when I knew it was anything but normal as the world began shutting down.

I had asked Denise Wakeman to come and speak again and she had been excited at what she would share with my group. She was someone who’d helped me get started with my online business when I began in 2006. She had just announced that she and Dr. Ellen Britt, PA, Ed.D. would be hosting a 10-Day Fasting Challenge beginning the day after my event ended. I knew they were involved with this but I’d never taken a real interest. This time I signed up and so did some of the people who would be coming to Los Angeles for my event. I thought of this as “insurance” so I could eat what I wanted that week and also go across the street from the hotel to the Starbucks each day to get some of the things I so loved to eat and drink. We hardly discussed it while we were all together and Denise took a photo of the two of us on the final day of the event. 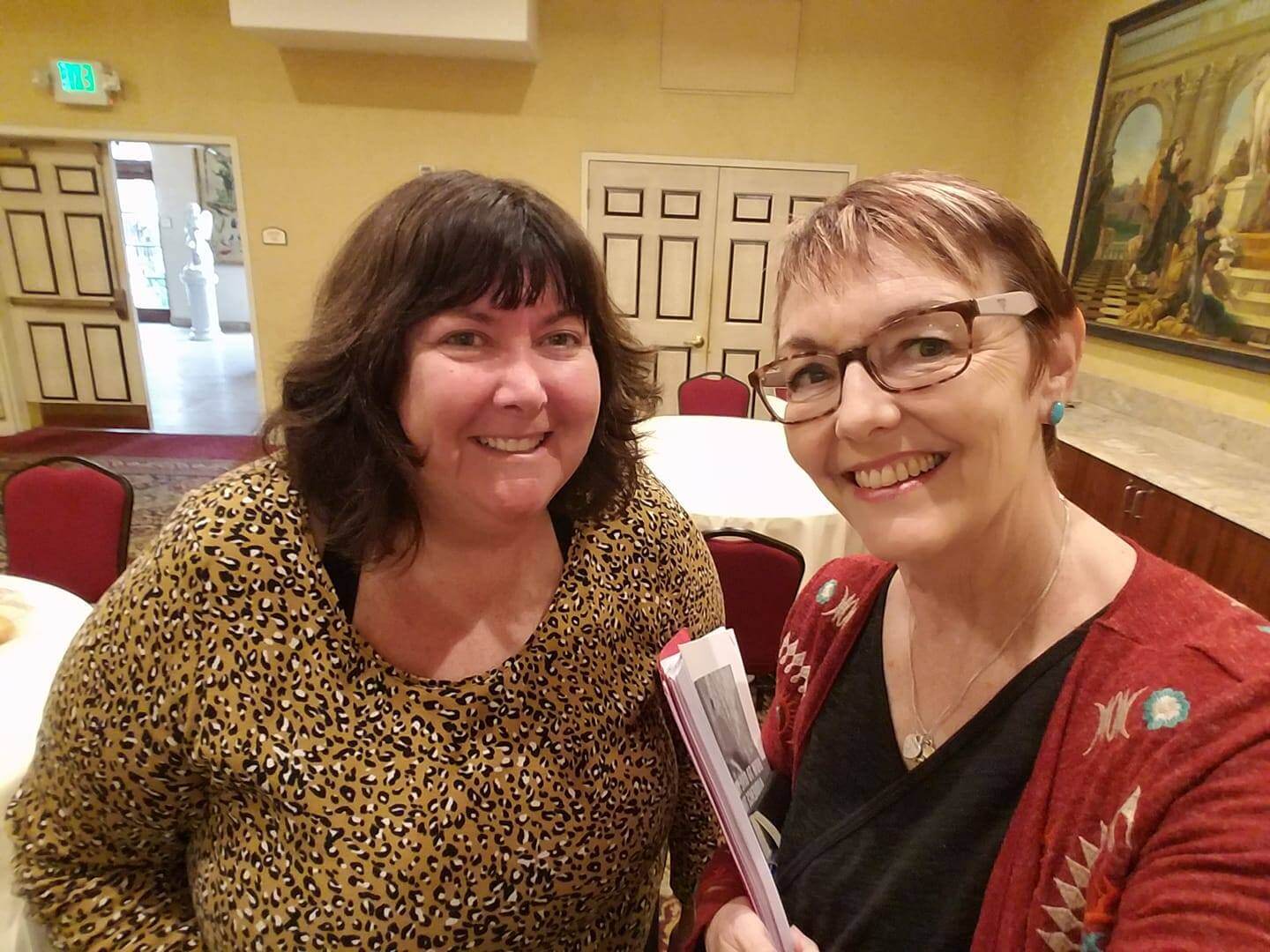 The 10-Day Challenge began on Monday, March 9th, 20201. By Friday of that week the U.S. had declared a National Emergency. The world was shutting down more each day while I was learning how to limit the number of hours I would eat each day. By the end of the Challenge I had made the decision to stay with Denise and Dr. Ellen and the group. That was the moment I realized that losing weight might be the best way for me to save my life during a pandemic that was taking over the world. 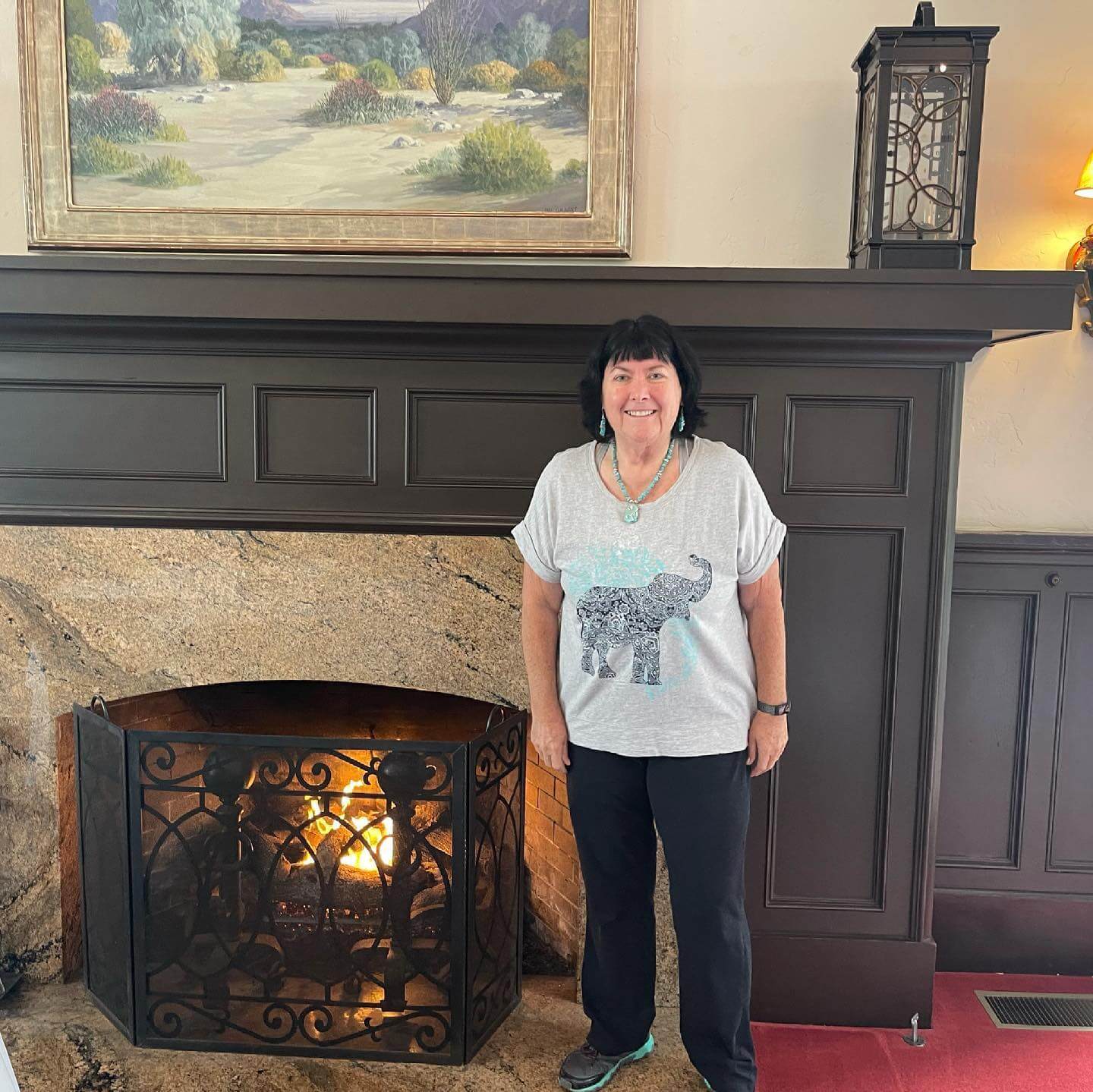 I’m not sure when I first heard them introduce the topic of autophagy to us, but it intrigued me from the very beginning. From the Greek for “self eating”, autophagy literally refers to the process of the body devouring itself, sloughing off the old, tired cells in favor of the newer ones and rejuvenating the body for a healthier and more youthful makeup. I envisioned my old fat cells being gulped down by young, slender ones. I read and listened to as much as I could on this topic and I have to say that it’s my favorite part of my new way of eating. I came to intermittent fasting for the weight loss I so desperately wanted and needed, but I’ve stayed for the community and the effects of autophagy on my health.

As of this writing, it’s been 20 months since I began my IF practice with Dr. Ellen and Denise in their private group program and my results have been dramatic and miraculous. I’ve dropped over 120 pounds (about 55 kilos) and I feel better than ever. I’ve completely reversed my pre-diabetic diagnosis and my doctor is thrilled with what I’ve been able to accomplish. The day my body began to devour itself was the best day ever, and I’ve even written a book about my journey to health and wellness. It’s appropriately titled In Pursuit of Healthy-Ness: How I Reinvented My Life with Intermittent Fasting. Come along with me, if you will and reinvent your life in a way that serves your goals and gives you the experience you want and deserve.

I continue to believe that our thoughts are indeed things. Important and special things. It begins with our thoughts and feelings and moves on to our beliefs and actions. That’s how we are able to achieve the goals and dreams and results we so want and deserve in our lives. No matter what you want, you’ll have it once you believe it’s on its way directly to you.