I believe that everything we do prepares us for our future. Everything that transpires in our lives, every person and situation we encounter, and everything we seek out of our own volition is in preparation for something that will present itself later on. This is the story of how I came to be an online entrepreneur.

Before coming online, I worked for twenty years as a classroom teacher in the inner city area of Los Angeles. These were the mean streets, and if a child could learn to navigate them and fend for themselves when there was no one around to protect them, they would make it to adulthood.

I’d worked in real estate before returning to school to earn my teaching credential, first as a sales agent, then a broker, and finally as a residential appraiser. This could require navigating some mean streets as well, but as a twenty-something I had just enough confidence to believe I was capable of reaching my financial goals. This included owning my own home. Home prices in southern California have always been off the charts, so this was no easy feat, but I did it.

Real estate earned me a decent living. There were parts of it I loved, and others that brought little joy but were part of the process. Down deep I dreamed of a life that offered me more, but putting my finger on how that could manifest was always just out of my grasp.

Then the Challenger Space Shuttle disaster occurred. I was one of millions of people who was deeply affected by this tragedy. Overnight, people signed up for the armed services, joined groups of volunteers in a variety of areas, became police officers, and more. I was part of the “and more” group who became a classroom teacher.

I had to take out a government loan to go back to college to earn my credential and make my transition. This was in 1986, and Los Angeles was one of many cities throughout North America that was experiencing a teacher shortage. I was offered something called an Emergency Credential and assigned to a classroom of 5th and 6th graders.

It was my calling. I loved every moment in the classroom. Eager young minds were ready to soak up everything I could give them. And I had freedom back then to add my own interests and experiences to my daily lesson plans. I’m a philatelist, so I brought in commemorative stamps and lessons prepared by the US Postal Service. I was just getting interested in computers and technology, so I brought in one of my computers from home and wrote a Grant that provided three more. These were Apple IIe desktop models, if you remember the early computers. This was before color monitors and back when a mouse was still a small rodent.

Time passed. Life happened. I had cancer for the first time and had to take a leave of absence from teaching. I survived and needed work, so I did some commercial appraisal assignments for someone I knew.

Soon, I returned to the classroom; a 6th grade class at a new school. It was in January, and the kids were cold and unresponsive with me. One day a boy named Omar said, “So how long are you gonna stay?” and this caught me by surprise.

I dug deeper. The teacher I was replacing had retired when they went on break in December and didn’t mention it to his class. A series of substitutes had come through the revolving door until they hired me. I knew better than to demand their respect. Instead, I set out to earn their trust, day by day, interaction by interaction. I was up to this challenge and looked forward to arriving early each morning at my new school.

These children were not as tough as they wanted to appear. On the outside they wore a crusty shell; on the inside they were sweet and kind and frightened and vulnerable. They had been to Hell and back on many occasions already. We were in an area controlled by two rival gangs and they had experienced violence firsthand.

I asked them to share their stories with me… orally, handwritten, and typed with two fingers on the computers in our classroom. I cried as I read and listened to what they were willing to share. And over the next couple of months I fell in love with these children and their families. 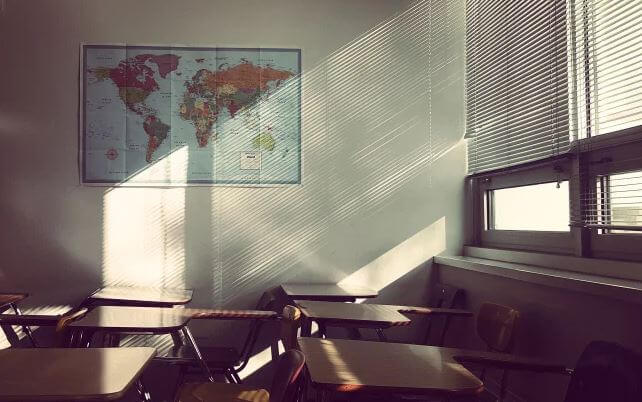 In the spring, I had an idea. We would start a blog on Google’s new, free platform at the time called Blogger. Blogger continues to be a free publishing platform, while BlogSpot is a free domain service provider. They’re both owned by Google and are used together on the Blogger platform. To summarize: Google hosts your blog on their Blogger platform with a default BlogSpot domain.

My students took to the technology quickly and with ease. They seemed to sense that this was something special, and that they were being given an opportunity not presented in the other classrooms. We learned together and from one another and the collaborative effect was something to behold.

The first blog we created was dedicated to our science lessons. I asked for and was granted permission to have a Science Fair, something this school had never offered their students before. Everyone had a page on the blog to write down their ideas. It was fun and soon the other upper grade classes wanted to join in.

The second blog was for our pen pals. My extended family lives in Finland, and one person had a cousin who was a teacher – a 6th grade teacher. We would send physical letters the first time, and then follow up by sharing blog posts with each other. Everyone had a pen pal, including me. This was fun and different from anything my students had done in the past. They learned about the language and the culture and the geography and the people of Finland and Scandinavia, and our pen pals learned about us and our life in America.

Fast forward a few more years… After a year in Middle School I’m now teaching at my fourth school – elementary once again – and everything is very different for me as a teacher. I still love the kids and their families, but the other teachers, the administrators, and the Los Angeles Unified School District have changed to the point that I don’t recognize anything. We must now teach to the tests, the standardized tests that make no sense and distract us from the teaching and the learning and the relationship building that must occur if education is to truly have value in the long run.

It’s 2005 now and I wake up one morning with the feeling that my life is about to change, and in a great and wondrous way. I make the decision to leave teaching as soon as I figure out what my new path will be and what I will need to take with me on this incredible new journey. I make new friends and read books I haven’t heard of by authors I did not know existed. I go to conferences and seminars and listen to CDs on a variety of topics. One in particular grabs my attention…

I must have played that CD a hundred times, listening to it driving back and forth to school and also to my real estate appointments. Yes, I’m still in real estate at this time and worked part-time at it throughout my twenty years of teaching. I have lots of time to listen and learn in my car, which I began to think of as a rolling classroom and ticket to my future.

My plan was to start an online business during the 2005-2006 school year and to resign at the end of June, 2006. Each morning I parked in the lot at the post office about a mile from my school. I used a notebook to write down my ideas. On Wednesday nights and early Saturday mornings I was at my computer, copying from my notebook into my escape vehicle – my blog.

It was blogging that made the difference for me that year. It gave me a voice and a platform and in which to share my thoughts and ideas and flesh them out into stories and information. Within each post I recommended a product through my affiliate link. My first sale came in April of 2006 and I earned $21.60 in affiliate commission. In my mind it was a down payment on my future.

My plan was working. I resigned my teaching position on June 30th, 2006 and that summer I introduced all of my real estate clients to people who could take care of their needs much better than I ever had. My boats were burning and my life was just beginning.

I’m Connie Ragen Green, and I have now written and published almost four million words. These words have manifested as blog posts, short reports, information products, and full length books. Everything we do is preparing us for our future, and those early blogs led me to a future filled with joy and awe. My life is forever changed and I wouldn’t trade my journey for anything.