Hope. It means different things to different people, and at different times in their lives. But this moment is the most important to you, so let’s spend some time focusing on how hope can boost your resiliency and keep you moving forward.

I believe in the concept of hope as a state of mind. Not in the “wishful thinking” kind of way, but instead in the knowing that our futures are bright if we decide to make it so. Do you remember this phrase from decades ago when it was a part of our culture? It was when Jean-Luc Picard uttered the words during an episode of the Star Trek television series. It turns out that “make it so” is a time-honored Naval phrase meaning to do what is necessary to accomplish the task or goal.

But as economist Benjamin Ola Akande reminded the world in his letter to President Barack Obama in 2009, hope is not a strategy. It requires follow up and decisive action in order to achieve the goal. How can this precept be valuable to us during turbulent times in the world, and how can we benefit personally?

The year 2020 has rocked and shaken most people to their core. No matter where you live in the world you have been affected by the COVID-19 pandemic in one way or another. And the state of the government and the ensuing political climate in the United States is also having a global effect.

Just this morning I wrote to a colleague living in South Africa after receiving her email around the current events in the world. She just found out will not be able to spend time with her daughter who lives in the U.K. over Christmas. That country is the first to go back on an extended lockdown in an attempt to keep the new cases of the virus low enough as to not overwhelm the hospitals and front line workers. She also expressed sadness and dismay at the words of Americans towards each other on social media in regards to the presidential and other elections. These were her words…

I don’t think I am alone in this feeling that the year has passed and we all thought that at least we would see an improvement in the pandemic situation as we got closer to the year end. That has not happened.

The vitriol and mocking between my American friends as the elections were coming up really caught me by surprise. These are people I like and respect and yet they have no qualms about ridiculing and spewing hatred on other friends for their political affiliations. I have Democrat and Republican friends and both sides were going for the jugular.

As someone who lives outside the US, America was always the standard by which we measured ourselves as a country. Sadly I can’t say that anymore.

Anthony Scioli, a professor of psychology at Keene State College in Keene, New Hampsire, and co-author of Hope in the Age of Anxiety and The Power of Hope thinks of hope as our PPE – “Personal Protective Emotion.” I like that idea and have taken it on as my own.

Now is the time for each of us to step up and embrace hope for our future, for a positive outcome of situations that are mostly out of our control, and to begin living fully once again. Here are some steps to take as you get started: 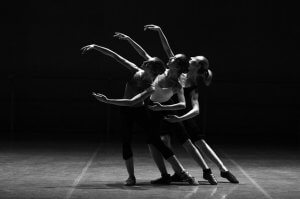 In the book Tiny Habits: The Small Changes That Change Everything by BJ Fogg, there is a discussion around something Fogg refers to as “Pearl Habits.” He states…

“I call these ‘Pearl Habits,’ because they use prompts that start out as irritants, like a grain of sand in an oyster shell, and turn them into something beautiful.”

The idea is simple: Find an irritant in your own life, then use the irritant as a prompt to do something that is positive, helpful, or meaningful for your everyday life. Ask yourself, what’s something that irritates you frequently?

Is there something in that list which irritates you from time to time? Or something else? Wouldn’t it be nicer if such a situation wouldn’t irritate but inspire us to have hope?

When I hear a baby crying, for example, I try to be grateful for the wonder of nature and the circle of life. This wonderful tiny creature is the picture of hope for the future of mankind, yes? Isn’t that wonderful? Instead of getting annoyed, I smile and have a sense of wonder and gratitude and hope for the human race.

Why does it work? To quote BJ Fogg again:

“Reframing negative events this way opens the door to new ways of managing situations that would otherwise cause anxiety.”

Now, we can do that with almost anything. What irritants do you have in your life? Follow this 5-step process to turn it into a Pearl Habit. From the book:

Maybe, this way we can buy tranquility a few extra times and continue hoping for a positive outcome in every area of our life.

This is from Stoic teacher Epictetus:

“Starting with things of little value – a bit of spilled oil, a little stolen wine – repeat to yourself: ‘For such a small price I buy tranquility and peace of mind.'”

Which irritants do you want to turn into Pearl Habits?

Here’s more Stoic wisdom brought to you by Epictetus:

We can cope. We can make it through anything. We have within us the supreme power to scale mountains, cross rivers, and come out the other side victorious. We can do anything we hope to do, and in record time. I know this from my personal experiences, as well as those of people I know well.

This is from author Mike Dooley,

To everyone who told me to pay attention and be involved as my daughter was growing up (because it happens so fast), THANK YOU! This was a year of mini-milestones for us:

After crying because she couldn’t do cartwheels like her friends, we practiced 10 a day, for a month, until she was acing them (with one hand!).

She went from riding her scooter, as I ran behind her holding her shoulders, every day for two months, to riding without me. Then, from a bike with training wheels for the past 2 years, to a 6 mile cross-town, father-daughter adventure.

It’s all flying by, and I cheer like a raving madman over her progress, sometimes on the verge of my own tears.

Before each mini-milestone, though, I secretly wondered if she would ever succeed! Then, suddenly, in a magical instant, as if she’d earlier been faking she couldn’t do whatever we were trying, she totally got it!

Isn’t that how learning and growing happens? First, we feel hopelessly lost and wonder if we will ever find our way, and then, as if overnight, acing it. Which means, if you’re feeling lost now… as long as you stay with it, guess what comes next? Even when you (or your dad) secretly wonders if you might never succeed.

Hoping for a positive outcome is only the beginning. Following through with a plan, filled with inspired actions makes it much more likely you will succeed. Reading Mike’s words took me back to 1994 when I was a foster parent to a five-year-old boy named Randy. His dream was to roller skate and we spent almost every day after school at the skating rink. Randy was big for each age and each time he fell down my back ached from picking him up and getting him back on his feet again. Just like Mike, I secretly wondered if he would ever succeed. And then one day he took off on his own and I took a seat just outside of the rink to watch him glide around as though he’d been doing it for years.

Life has its ebbs and flows. Remembering that helps me to focus on what’s truly important to me each day. Something that feels like the beginning of the end of the world one day takes on a less significant meaning at some point in the future. Knowing who we are and what our beliefs include allows us to withstand the changing tides and move forward with hopes and dreams and goals. Perhaps this is of little consolation to you on a day when everything is topsy-turvy and the future seems bleak. Take the time to think about what is right for you and revisit the issue on a new day. Deep breathing will give you a new perspective on the situation and you will choose wisely as a result. Hoping for a positive outcome will carry you through to an enlightened reality, I promise.

I’m Connie Ragen Green, keeping hope alive in my heart, mind, and soul by living each day to my best ability and potential. Come along with me, if you will and let’s achieve every goal and dream we have in mind.